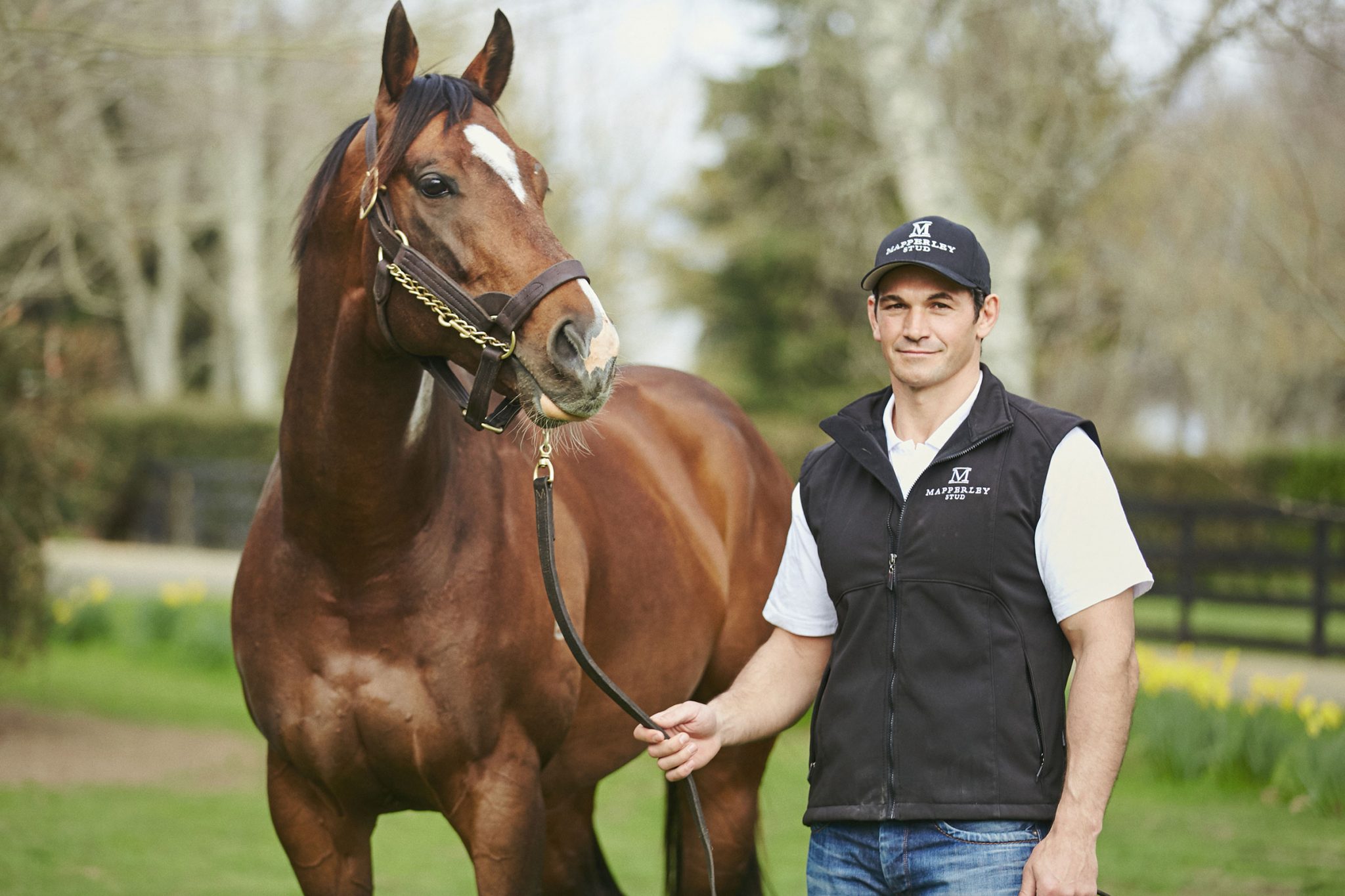 Group One-producing stallion Contributer will headline Mapperley Stud’s stallion roster for the upcoming breeding season where he will stand at their Matamata property for a fee of $22,000 +GST.

His first crop of three-year-olds have experienced a strong season on the track, headlined by the John O’Shea trained Lion’s Roar who was victorious in the Group 1 Randwick Guineas (1600m) and placed in the Group 1 Spring Champion Stakes (2000m) and Group 1 Australian Derby (2400m).

In New Zealand, the son of High Chaparral was represented by exciting filly Llanacord, who won the Group 2 Lowland Stakes (2100m) at Hastings last month before running third in the Group 1 New Zealand Oaks (2400m) at Trentham.

She is in-line for more Classic targets, with trainer Stephen Nickalls travelling with her to Adelaide where she will contest the Group 1 Australasian Oaks (2000m) at Morphettville on May 1.

He is building an enviable record as a young sire with five stakes performed horses from only 39 runners to date and is leading the New Zealand second season sires table by winners, wins and earnings throughout Australasia.

“We have been very conservative with our service fee increase, so it hasn’t ruled out too many breeders who have supported him in his early days, however at this level his book will be full very shortly,” Mapperley Stud principal Simms Davison said.

“The results on the track over the last year has been nothing short of sensational, he had two individual two-year-old winners in Australia, a feat not many New Zealand stallions achieve with their first crop.

“His offspring continued to shine as three-year-olds, with a number of impressive winners on both sides of the Tasman, and Lion’s Roar winning the Randwick Guineas showed that he is able to leave a top liner in Australia. He’s very much on everybody’s radar now.”

Contributer’s popularity, even prior to his breakthrough results on the track in the early part of 2021, was translated into strong sale results throughout Australasia.

At the New Zealand Bloodstock Yearling Sales, he averaged $141,000 in Book 1 and $53,000 in Book 2. Even more encouraging was the fact he achieved a 100 percent clearance rate throughout the yearling sales series.

“The Australians have a very high opinion of them,” Davison said. “John O’Shea is singing his praises in Sydney and we know there is very strong word coming out of the Maher/Eustace stable. They have two very talented two-year-olds coming through.

Mapperley Stud will also stand Complacent and Puccini on their roster in 2021 at unchanged service fees of $4000 +GST and $3,000 +GST respectively.

Complacent won the Group 1 Spring Champion Stakes (2000m) as a three-year-old and boasts an impressive record of four group wins in Australia. His eldest are only three-year-olds and they are starting to make their mark on the track.

Comme Belle Fille, an impressive winner at Matamata earlier in the year has been sold to Australia where new trainer John O’Shea has her targeted towards the Group 1 Queensland Oaks (2400m) in June.

Champion three-year-old Horse of the Year Puccini has started his stud career off on the right foot with his first runner Wolfgang already stakes placed as a two-year-old.