Half Of Nothing secures bonus at Avondale 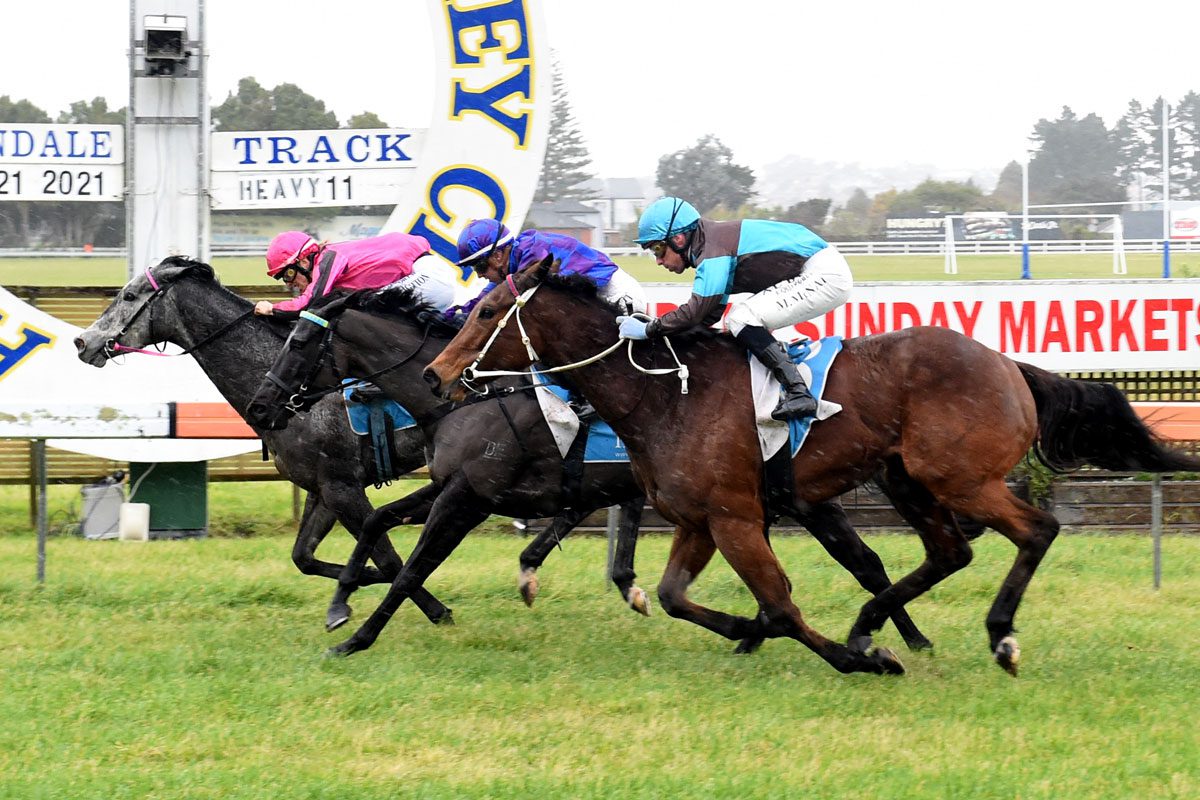 Trainer Wayne Hillis has been chasing the Pearl Series Bonus with his filly Half Of Nothing for the last three months, and they finally captured their prize at Avondale on Wednesday.

The daughter of Redwood has contested four previous NZB Pearl Series Races, for three placings, and she finally broke through for her maiden win with a determined run over 1200m on a Heavy11 surface.

After being tardily away from the gates, Half Of Nothing settled towards the rear of the field for jockey Erin Leighton. Turning for home she was 10 lengths off leader Perfectionist, but Leighton kept a cool head and stayed on the rail where Half Of Nothing was able to storm home late to win by a long head over Bendermerry, with a further short neck back to She’s Dashing in third.

Hillis was delighted with the win and securing the NZD$11,500 Pearl Series bonus for her connections.

“I am rapt with her run and it was good for the horse to get the bonus, we were chasing it,” he said.

“I was actually expecting her to be a bit handier, so turning for home I thought we weren’t much show, but she ran home well.

“She is the most seasoned one in the race, so when the others were starting to hit a brick wall, she kept coming.

“She has always been honest. She was weak early on, but she is just strengthening up now. She has kept on improving and learning and has put it all together now.”

Hillis was also pleased for Erin Leighton, who has been apprenticed to the Matamata horseman for the last three months.

“Erin has been flying,” Hillis said. “She has got a good work ethic and does it all herself really because she gets out and rides work for everyone. I have only got a small team so I can only give her so many rides.”

Hillis underwent a hip replacement a couple of months ago, but is now out and about, and was able to welcome back Half Of Nothing to the winner’s stall on Wednesday.

“I had a hip replacement 10 weeks ago today,” he said. “I have been riding work since the beginning of last week.

“In the last two or three years I have been in a lot of pain and as soon as it was done there was no pain at all. I am stoked.”