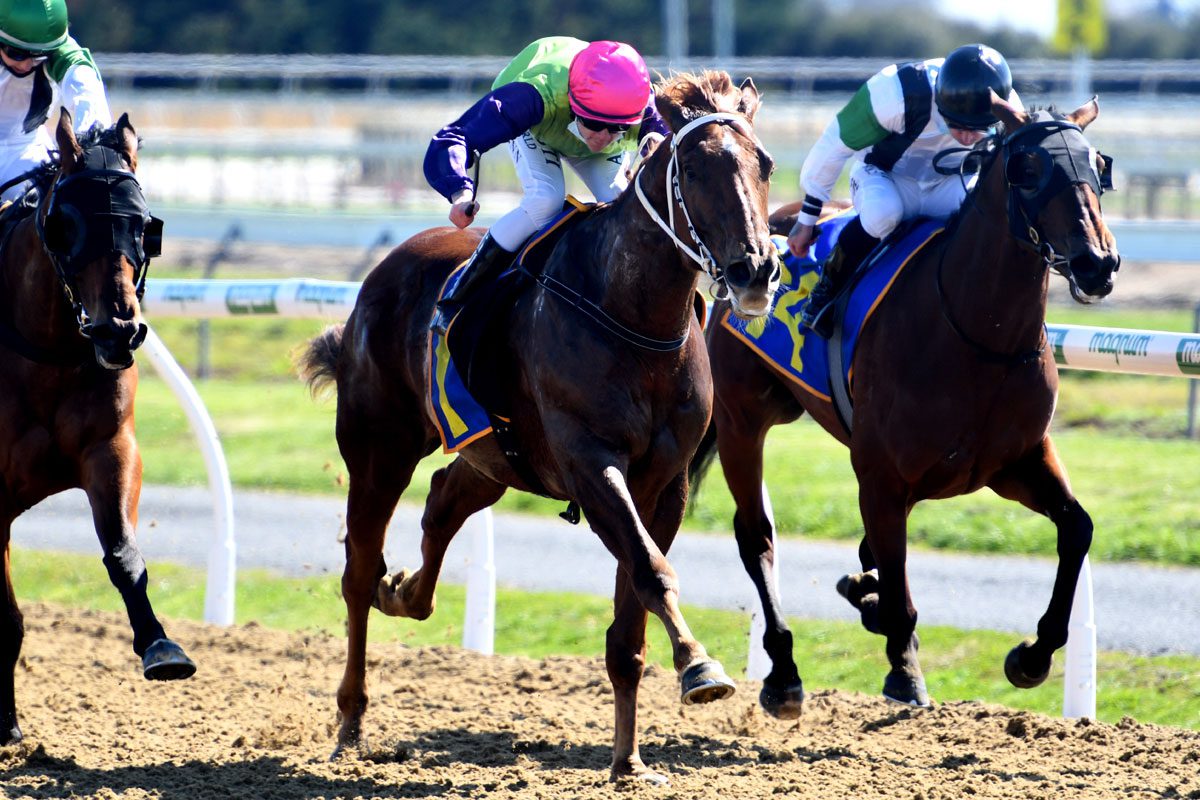 Tannahill was a special horse to former trainer Andrew Campbell and he hasn’t taken long to endear himself to his new handlers.

The gifted four-year-old was Campbell’s final runner last month when he provided a moving farewell with victory on the synthetic track at Cambridge and then joined Craig and Shaun Phelan’s stable.

Raced by a group of owners headed by real estate magnate Tommy Heptinstall, Tannahill finished runner-up in his first appearance for the father and son duo and then led all the way to go one better on the final day of the Hawke’s Bay spring carnival.

That effort has earned the son of Star Witness a tilt at Saturday’s Listed PRH Transport Trophy (1600m) at Tauranga where apprentice Erin Leighton will continue her association with the four-year-old.

“He’s a pretty versatile horse and it doesn’t seem to matter what conditions you throw at him, he tries really hard,” Shaun Phelan said.

“Erin has been riding a few for us and she listens to what we want her to do, which is a big bonus.”

Tannahill hasn’t missed a beat since his Hastings success and, if he races up to expectations at the weekend, will head south for the Group 2 Coupland’s Bakeries Mile (1600m) at Riccarton on November 10.

“Originally, we were going straight down for the Coupland’s, but we talked to Tommy and Andrew and were a little bit worried whether he would get in,” Phelan said.

“With everything that’s going on with COVID, this race on Saturday gave us another option and he’ll go south as long as he runs well.”

Tannahill has won three of his 12 starts and is currently a +3000 chance in the pre-post market for the Riccarton feature.

“We’ve kept his races spaced out and this is the first time he’s been on a two-week back-up and he’s pretty well for Saturday,” Phelan said.

Tannahill is one of nine horses raced by Heptinstall and partners that transferred to the Phelan operation when Campbell called time on his training career.

“We were lucky enough to get the horses trained by Andrew for Tommy after Andrew retired and Tannahill is going really well,” Phelan said. “He’s the only older horse and we also got eight three-year-olds and two-year-olds.”

Campbell, whose career was highlighted by Group One victories with the late and successful stallion Tavistock, sold his Cambridge property to return to his home Wairarapa region.