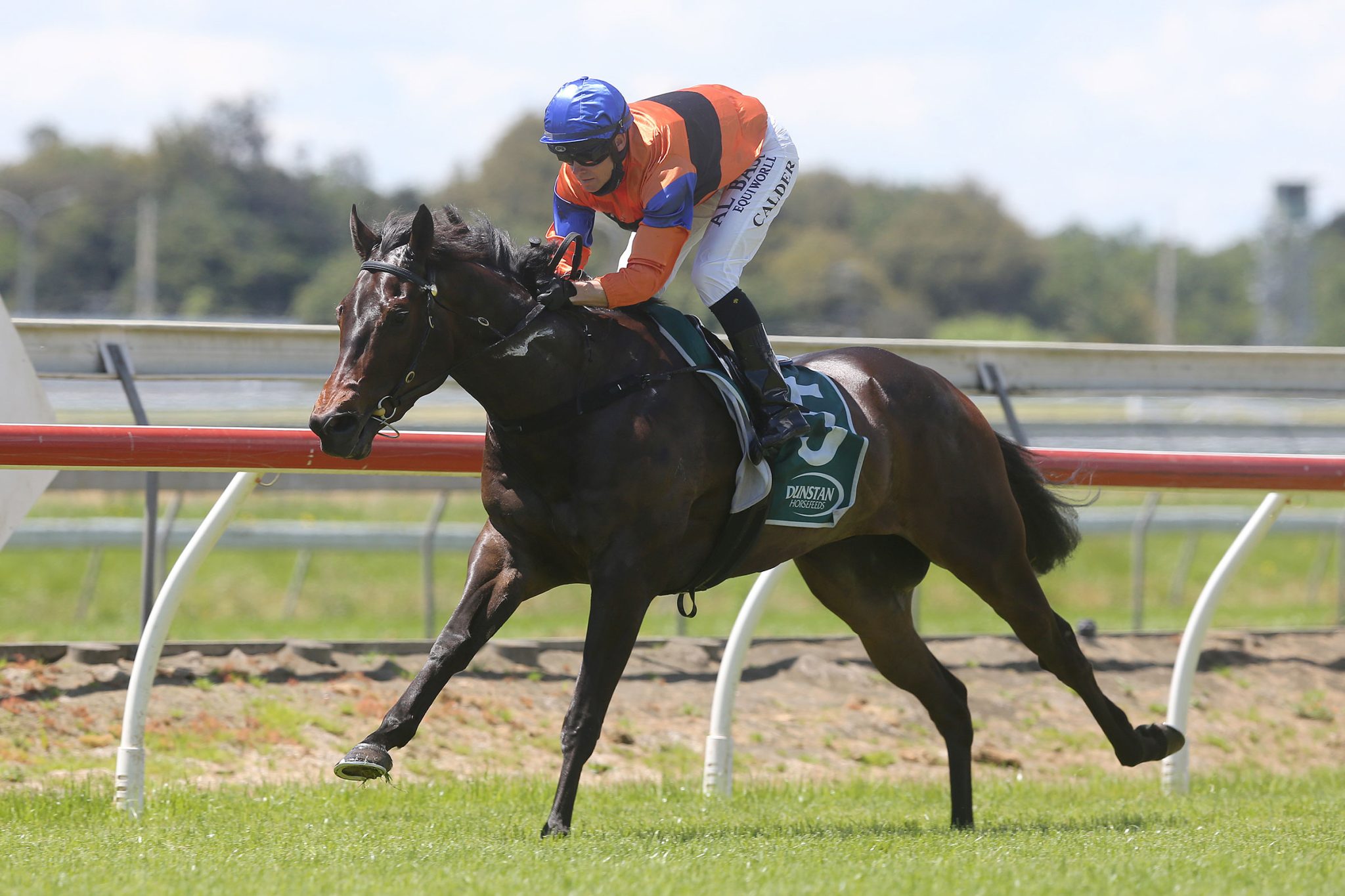 A patient approach with Mr Jay Eight was rewarded last season with a Group credit and the lightly raced four-year-old will attract plenty of interest when he returns to action at Ruakaka on Saturday.

The waiting tactics employed by New Zealand trainers Shaun and Emma Clotworthy resulted in the son of Per Incanto winning on debut last spring before he placed against older opposition and then produced a bold showing in strong age group company.

That will be a form line, combined with a recent trial success, hard to ignore when assessing his first-up prospects in the Kensington Refrigeration Handicap (1200m).

“We’re excited and he showed plenty of promise last time in and trialled up nicely and is quite a naturally fit sort of horse,” Shaun Clotworthy said.

“He’s not 100 percent rock hard fit yet, but he’s got quality and it will be nice to see him kick off again. We think he’s progressed since he was a three-year-old.

“He had a little knee issue that we tidied up after the Guineas so we’ve been easy with him and let him mature.

“He is a typical Per Incanto and a lot of them don’t come right until they are four or five-year-olds and he’s in that mould.”

Clotworthy is also expecting improvement from Seven Twenty in the Marsh Racing Handicap (1400m) following her resuming sixth on the course earlier this month.

“I was maybe expecting a bit more from her, but she’s a year older and was a bit underdone,” he said.

Seven Twenty showed her talent early in her career and attracted serious overseas interest following a runner-up finish as a two-year-old at Ellerslie in her second appearance.

“She was sold to OTI and the New Zealand ownership group kept a share in her and she raced in the OTI colours in the Karaka Million (1200m),” Clotworthy said.

The daughter of Power finished ninth and was then seventh in the Group 1 Sistema Stakes (1200m) before she transferred to Matthew Smith’s Warwick Farm operation.

Seven Twenty was a first-up winner at Goulburn and weighed in from both subsequent starts before she returned home to finish midfield in the Karaka Million 3YO Classic (1600m).

“She spelled well and has come back up quite solidly. She has progressed well since her first-up run and (OTI principal) Terry Henderson has decided to leave her here at this stage,” Clotworthy said.

Seven Twenty will be opposed by stablemate Aqua Man on Saturday and he too is expected to be more competitive following an unplaced run when resuming.

“He got caught wide and should get an easier run this time and his form before that was quite good,” Clotworthy said.

The stable also has an opportunity to grab a slice of their own money back when Molly’s Game steps out in the Clotworthy Racing Handicap (2100m).

“That would be nice and I think she’ll be a good chance. I’ve been impressed with her last couple of runs and she’s crying out for the distance,” Clotworthy said.

He will also be closely following the Melbourne spring carnival fortunes of Hezashocka, who won the Group 2 Championship Stakes (2100m) before OTI came calling.

The New Zealand owners retained a 40 percent interest with Clotworthy and wife Emma included in the group.

The son of Shocking has won twice for Mick Price and Michael Kent Jnr and a last start second has earned him a crack at Saturday week’s Group 1 Turnbull Stakes (2000m).

“That will be his first go at the very elite level against open-age horses, and Mick is of the opinion that he is a real Flemington horse. If he goes well it will open a lot of doors for him further into the spring,” Clotworthy said.