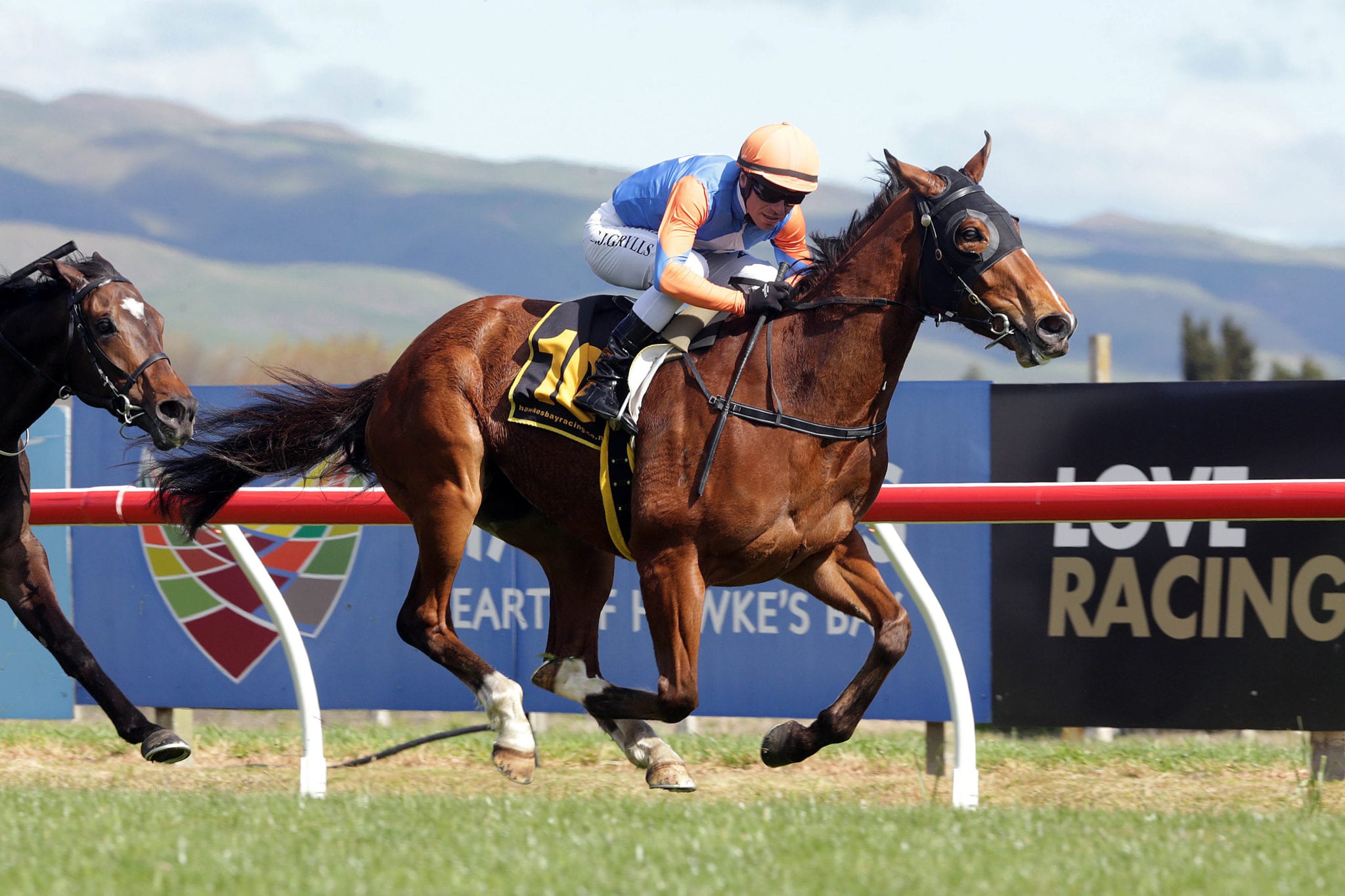 The John Bary-trained Callsign Mav will get his first tilt at stakes company in a fortnight’s time when he contests the Group 2 Sacred Falls Hawke’s Bay Guineas (1400m) at Hastings.

The son of Atlante booked his spot in the three-year-old feature with a three-quarter of a length victory in the Hastings – Heart of Hawke’s Bay 1300 on the same track on Saturday. It was his second win from just three starts and Bary was suitably impressed with his performance, but still believes he has a lot to learn. “He is still learning, still raw, and is still doing a bit wrong,” he said.

“Craig Grylls (jockey) made up his mind early to get forward, otherwise he was going to get caught three-wide. That was probably the winning of the race. “He was fit enough to hang on and was still doing a bit wrong in the straight, but it was very pleasing.”

Callsign Mav became his sire’s first winner back in July and he will attempt to become his second stakes winner in the Guineas, with that accolade going to Riva Capri when she won the Listed The O’Leary’s Fillies Stakes (1200m) at Wanganui earlier this month. “We will head to the Hawke’s Bay Guineas now,” Bary said. “We have had the luxury of racing on our home track and each time he is in his paddock half an hour later, stretching his legs and eating grass. “He has pulled up exceptionally well, so we will be here (Hastings) in two weeks time.”

While pleased with his win on Saturday, Bary believes Callsign Mav will appreciate the step-up in distance for the Hawke’s Bay Guineas and then again for the Group 1 Al Basti Equiworld NZ 2000 Guineas (1600m) at Riccarton in November. “He is a horse I think will be better over a mile,” Bary said. “It was 1300m the other day, but he gives you the impression once he gets to 1400m and a mile, it is really going to suit him down to the ground.”