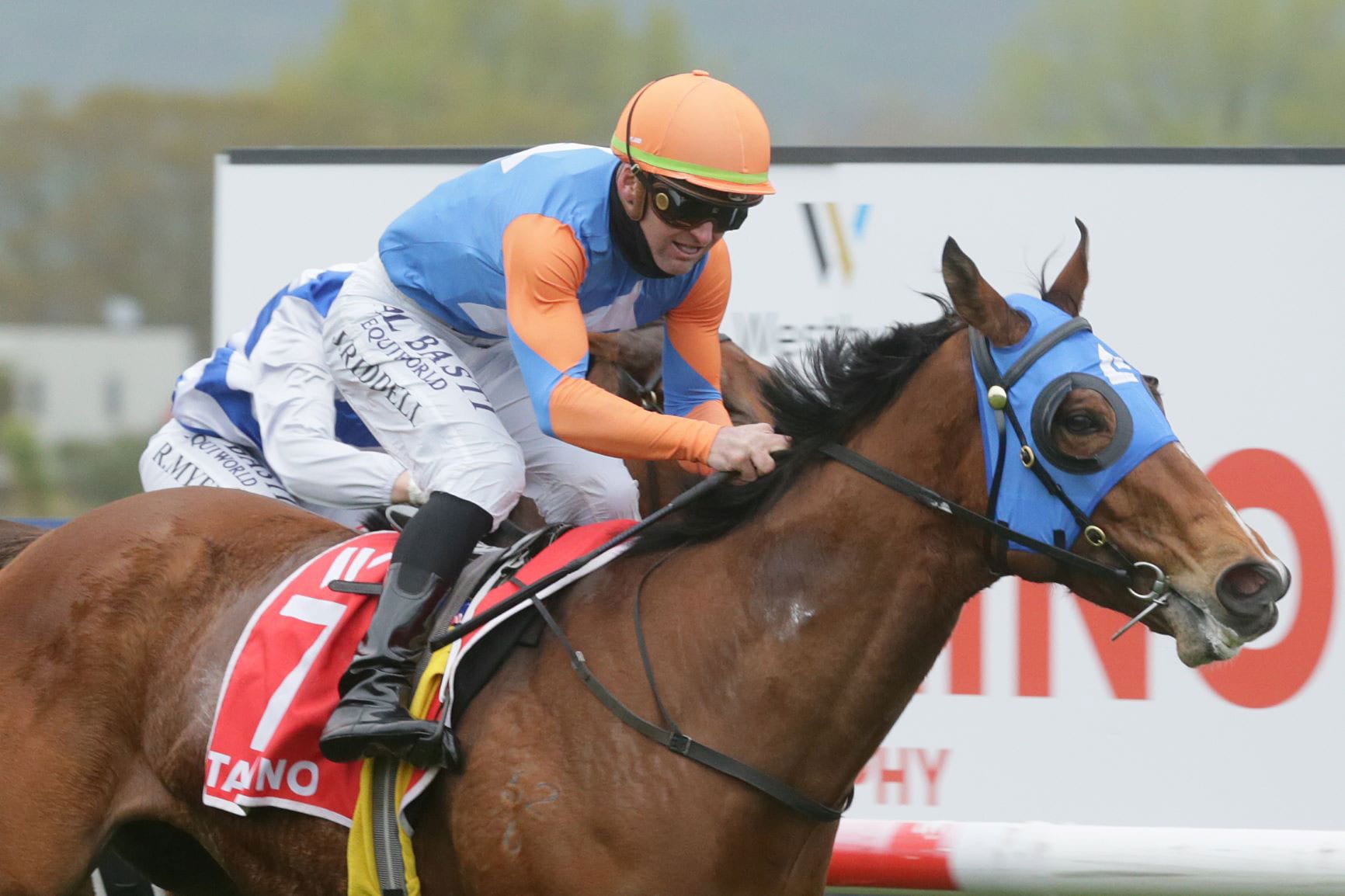 Hastings trainer John Bary has saddled plenty of big-race winners on home soil, but none with the shock factor of Callsign Mav’s +8100 boilover in Saturday’s Group 1 Tarzino Trophy (1400m).

Jockey Jonathan Riddell was a key part of that Jimmy Choux story, riding the $3.6 million earner in all but two of his 26 starts, and on Saturday he teamed up with Bary again for another memorable triumph. “It was just like the old days again, with Riddell and Jimmy,” said Bary, who is recuperating at home after undergoing back surgery earlier in the month.

“Jonathan moved up to Cambridge four or five years ago now and has been doing a lot of riding up there since then, so the stars hadn’t really aligned in recent times in terms of him riding for us. But it came together on Saturday. “It’s a shame I’m stuck at home and couldn’t be there today, but this has definitely given me a big boost in my recovery.”

Riddell played his part to perfection, urging Callsign Mav forward from his midfield draw and taking up a prominent position in the slipstream of Deerfield and The Mitigator. Riddell drove Callsign Mav through between that pair at the top of the straight, and the rank outsider dashed to the lead with 300 metres to run.

Favourite Avantage gave chase down the outside, with Supera flashing home in the closing stages closer to the rail, but Callsign Mav held them all out by three-quarters of a length. “I couldn’t believe how well the horse was going when the split opened,” Riddell said. “He was strong to the line, he just kept going. Full credit to John and all of his team.”

Callsign Mav came into Saturday’s race well under the radar, with a Foxton trial in early September his only public appearance since finishing fifth in the Group 2 Wellington Guineas (1400m) in March. But the four-year-old boasts a proud record on his home turf, winning three of his five previous starts there and finishing second to Catalyst in last year’s Hawke’s Bay Guineas.

On Saturday he went to a new level and upstaged a stellar cast of weight-for-age performers. “I had a bit of confidence that he’d run well today,” Bary said. “His jumpouts had been good and his trial was great. We’d just been behind the scenes, attracting no attention with the likes of Avantage and others in the field. It’s been nice just to row our own canoe, and a big thank you to the staff. This is all down to them, they’ve done a hell of a good job. They put in all those long, hard days, so I’m thrilled for them.

“It was a 10-out-of-10 ride from Jonathan. He slid forward from a nice gate, got in the trail beautifully and put the horse to sleep. Then he produced him at the right time and he kicked away really well. In those last 50 metres, I was right there on the horse’s back with him. “It’s a great result. It’s one thing to race well against your own age group at three, but you always wonder whether you’ll be able to come out and do it again at four against those bigger, hardened criminals. He’s done it today.”

The first Group 1 winner for Mapperley Stud’s ill-fated stallion Atlante, Callsign Mav has now won four races and $188,000 in stakes for an ownership group that includes Bary and six others. “Outside of me, all of the owners are Australians, and this is their first Group 1 win,” Bary said. “I’m really happy for them. They’re all trapped in Victoria in lockdown at the moment, otherwise they’d be here, tearing the local town apart.”

Bary was non-committal about shooting for a repeat result over 1600 metres in the Group 1 Windsor Park Plate on October 3. “The problem with that is that he’s never seen out a mile before,” he said. “He couldn’t do it in the 2000 Guineas last year, or the Levin Classic at Trentham. But he loves Hawke’s Bay, with six starts there now for four wins and a second to Catalyst. And after he won a 1400-metre race here in February, Craig Grylls said he thought he could have run a mile that day. So we’ll see.”

Supera produced the eye-catching performance among the beaten runners, powering home from near the tail of the field to finish second in her first start since placing in the Group 1 New Zealand Stakes (2000m) in early March.

Avantage was third, with jockey Danielle Johnson suggesting she may have been affected by a prolonged wait in the starting gates. Jennifer Eccles was close up in fourth, just ahead of brave front-runner Deerfield. Tavi Mac and the late-finishing Vancooga also finished within three lengths of the winner.