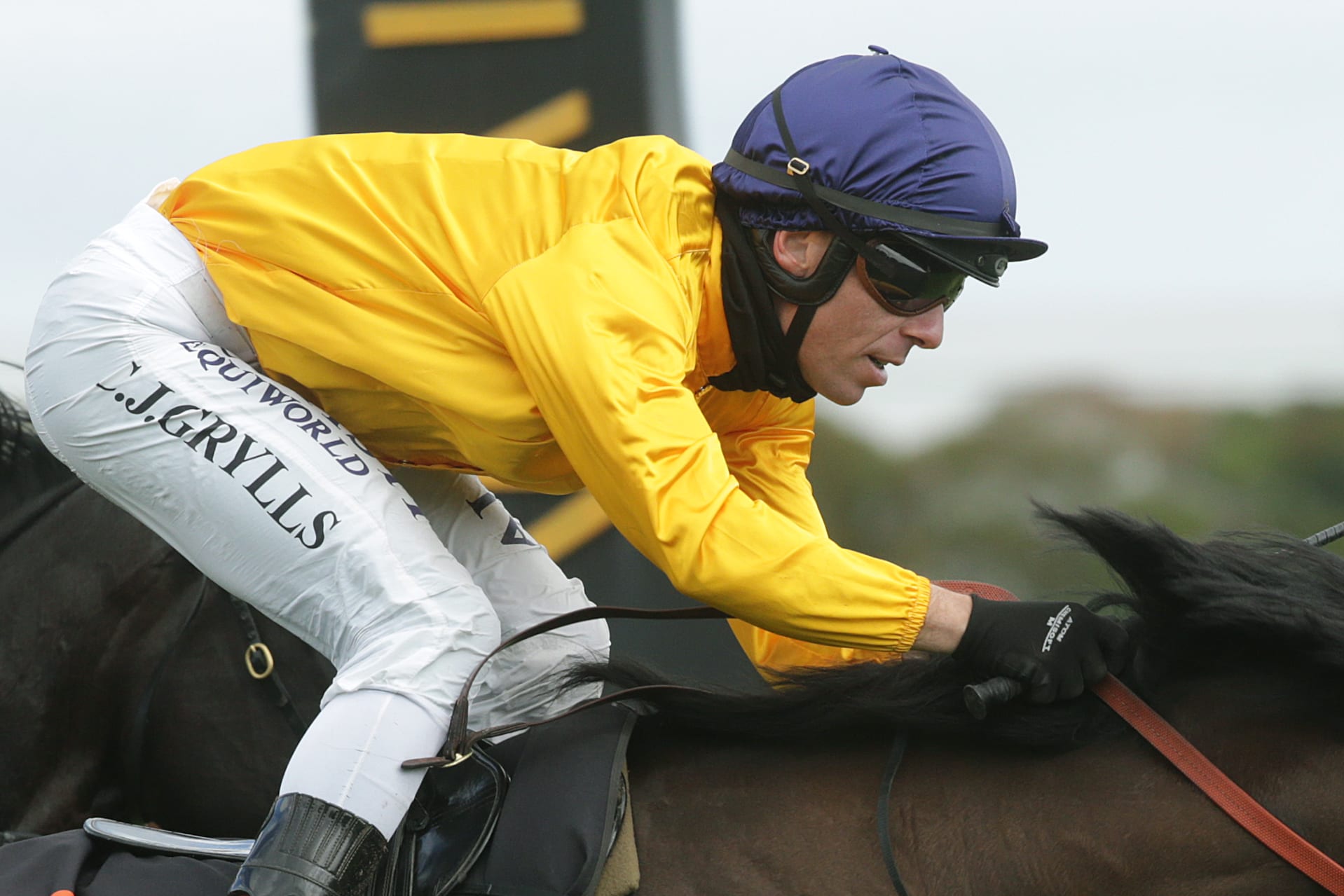 Craig Grylls began the spring in the best possible fashion at Te Rapa on Saturday, riding a winning treble, including his first stakes victory for the season, to take him to the top of the New Zealand Jockeys’ Premiership. “It was a great day. It’s always good to get a few on the board and get the prizemoney up a bit,” Grylls said.

Adding to the occasion, the Matamata jockey rode home a double for employers Kevin and Jo Hickman of Valachi Downs when victorious aboard Karalino in the Allied Security 1400 and Communique in the Zacinto Mile (1600m).

Grylls was delighted to secure the winning cheques for the Hickmans, who sponsored the majority of the 10 race card. “Kevin and Jo sponsored most of the day, so it was great for them to get a couple of wins with their colours,” Grylls said.

“Karalino was good and I wasn’t surprised that she won. She just copped a really wet track last time. She goes on most tracks, but the start before was probably just too wet. Her work had been good going into it the other day and she put it all together.

“Communique was a bit the same. She only just missed in the start before at Matamata on a bog track, so it was quite nice coming into a raceday knowing you were going to get a better track and it is going to suit the horses a bit better. “It definitely helped.”

While Grylls got a big thrill in securing a double for the Hickmans, it was his win aboard Need I Say More in the Group 3 Northland Breeders’ Stakes (1200m) that proved to be the highlight of the meeting. The win extended the No Nay Never colt’s undefeated streak to three, with Grylls also riding him to victory in the Group 3 Waikato Stud Slipper (1200m) last season.

“I rode him in the Matamata Slipper as well and I am grateful to (trainer) Jamie Richards and (Te Akau Principal) David Ellis for keeping me on,” Grylls said. “He is a grouse horse. He is a beautiful, big, strong horse and has got a lot of ability.”

Grylls has been impressed by the three-year-old’s talents and is hoping he can continue his association with the exciting galloper. “He has got a pretty bright future ahead of him,” Grylls said. “He has already won three from three, including two stakes races, which is pretty hard to do. “He is showing that he has got plenty of ability and he is in for a big season I would say.

“Te Akau have got their riders, but I am happy to fill in. I’d like to stay on him if I could, but we will just have to wait and see what happens.”

While Grylls’ riding is starting to take off, later this week he is hoping his passion for flying will as well. “Due to COVID-19 it slowed everything down, so I am sitting my flight test for my private pilot license this Friday,” he said.