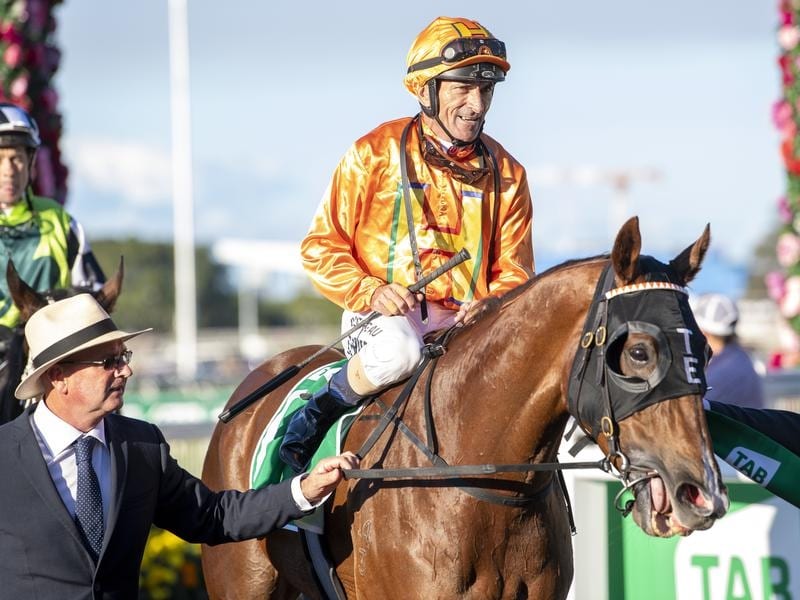 The wins by Queensland horses in the Group One Stradbroke Handicap and JJ Atkins has set up an intriguing battle for the state’s horse of the year award.

The Queensland Horse of the Year award will be presented in September after voting starts at the end of July.

Australian Guineas winner Alligator Blood, despite an as yet unresolved positive swab case from a Magic Millions Guineas win hanging over his head, was the favourite before Saturday’s Eagle Farm meeting.

The wins of Tyzone in the Stradbroke and Rothfire in the JJ Atkins have thrown voting wide open.

Both ran course records in outstanding performances to add to their strong credentials.

They also have impeccable backgrounds as Queensland horses.

Tyzone became the first horse in 43 years to win a Queensland Group One after starting his racing career in a country area.

The win gave the Gold Coast-based Toby and Trent Edmonds training partnership a Group One in their first season of operation.

It also gave Tom Hedley, who is the leading owner in North Queensland, his first Group One winner.

Toby Edmonds had four runner-ups in Group One races to his credit when training in his own right.

“It’s been a long time coming and all I can say it is great to share it with Trent,” Toby Edmonds said.

“A year ago Tyzone ran second in the Stradbroke and we have been planning for it (to win this year) right from then.”

Rothfire was bred by Wally and Jill Gleeson at Chinchilla in western Queensland and is raced by a syndicate of Queensland owners.

Trainer Robert Heathcote has been mentioning two-year-old Rothfire in the same breath as his seven-times Group One winner Buffering.

Heathcote believes Rothfire would not be out of place in the $15 million The Everest at Randwick in October.

The winner of six of his seven starts, Rothfire is now a $25 chance in The Everest although yet to gain a spot.

“I’ve already had some Everest talks and in particular with the MiRunners operation who have bought a slot,” Heathcote said.

“Rothfire is some horse and he will take us a long way.”