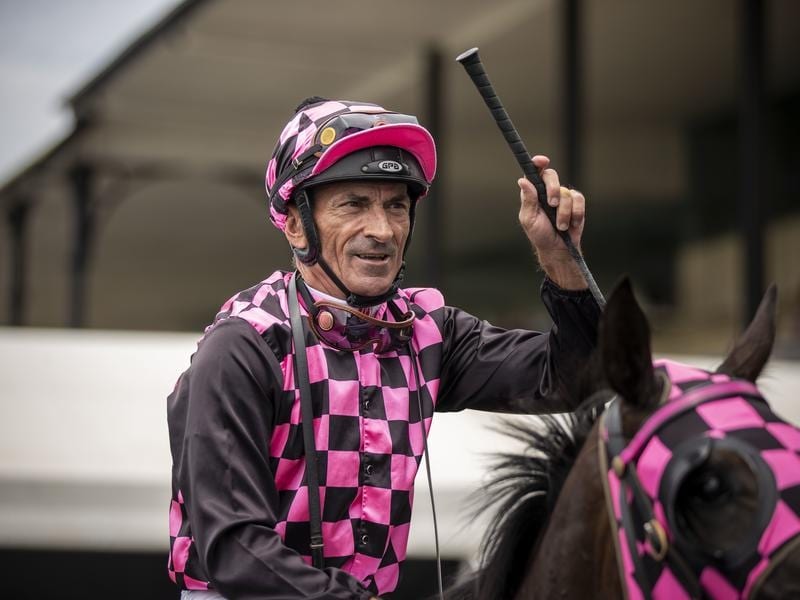 Jockey Robbie Fradd will be able to ride two of the favourites for separate Group One races in Brisbane despite a suspension.

Fradd is booked to ride Tyzone in the Stradbroke Handicap and Wisdom Of Water in the JJ Atkins at Eagle Farm on Saturday.

At the Gold Coast on Friday, Fradd, who rode Fisticuffs in race eight, was found guilty of careless riding leaving the 1000m and approaching 900m.

Fradd was suspended for eight days to start at midnight next Saturday and his ban will expire on June 14.

Stewards deemed the incident to be in the low range.

Unless he decides to appeal Fradd, will miss The Roses race day at Eagle Farm on June 13.

Tyzone sits on the third line of Stradbroke betting as an $11 chance after finishing a close fifth in the Victory Stakes at Eagle Farm.

Two-year-old Wisdom Of Water is vying for Atkins favouritism with three wins in five starts.

Both of Fradd’s Group One mounts hail from the Toby and Trent Edmonds stable at the Gold Coast.