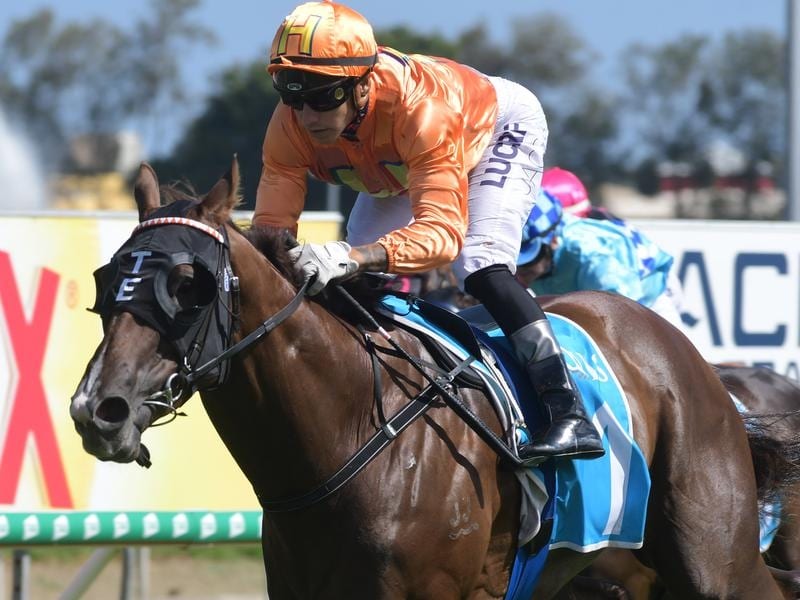 Pocket dynamo Tyzone will join a small but elite group if he can win the Stradbroke Handicap at Eagle Farm on Saturday.

Tyzone would become one of the few horses to start their careers in country Queensland before winning a Group One race in the state.

Red Smoke recorded wins in Rockhampton and Gladstone before being transferred to Brisbane where he claimed the 1962 Doomben 10,000.

Burwana did his early racing in western Queensland when trained by Dalby’s Darby Hopkins but was with Sydney’s Kevin Hayes when he won the 1976 Doomben 10,000.

Tyzone already has an outstanding record with 16 wins producing more than $1 million in prize money.

Now a win on Saturday would ensure his place in Queensland country racing folklore.

Tyzone started his career in North Queensland for trainer Roy Chillemi, who is based at Tolga on the Atherton Tableland.

At his first start Tyzone was third in a Townsville 2Y0 in February 2016 and apart from a short stint at Eagle Farm with Lawrie Mayfield-Smith he raced in the north until last year.

The gelding won 11 races but when weights started to anchor him it was decided to send him to the Toby and Trent Edmonds partnership on the Gold Coast.

Tyzone has since won another five races including the Group Three BRC Sprint and the Listed Goldmarket Handicap.

Yet his best effort was running second to Trekking in last year’s Stradbroke Handicap.

Trent Edmonds, who said another Stradbroke had been Tyzone’s aim since going close in 2019, admitted he was deflated when the six-year-old drew barrier 21 on Tuesday night.

“We rode him back in the field last year and hopefully he can get cover and run a similar race this year.”

“He has raced well in Sydney and Melbourne this season which showed his class,” Edmonds said.

“But the Stradbroke was always the aim. It has been what we planned for him right from when he was runner-up last year.”

“He got to the line well and will be fitter on Saturday. He had 57kgs in the Victory Stakes but drops to 52kgs in the Stradbroke and he should be spot on,” Edmonds said.

“He worked over well on Tuesday morning so we are excited if a little deflated by the draw.”

The Edmonds partnership will also have classy mare Winter Bride in the Stradbroke, who will look to make amends after finishing sixth in the Victory Stakes.