Group One trial for Drum Major 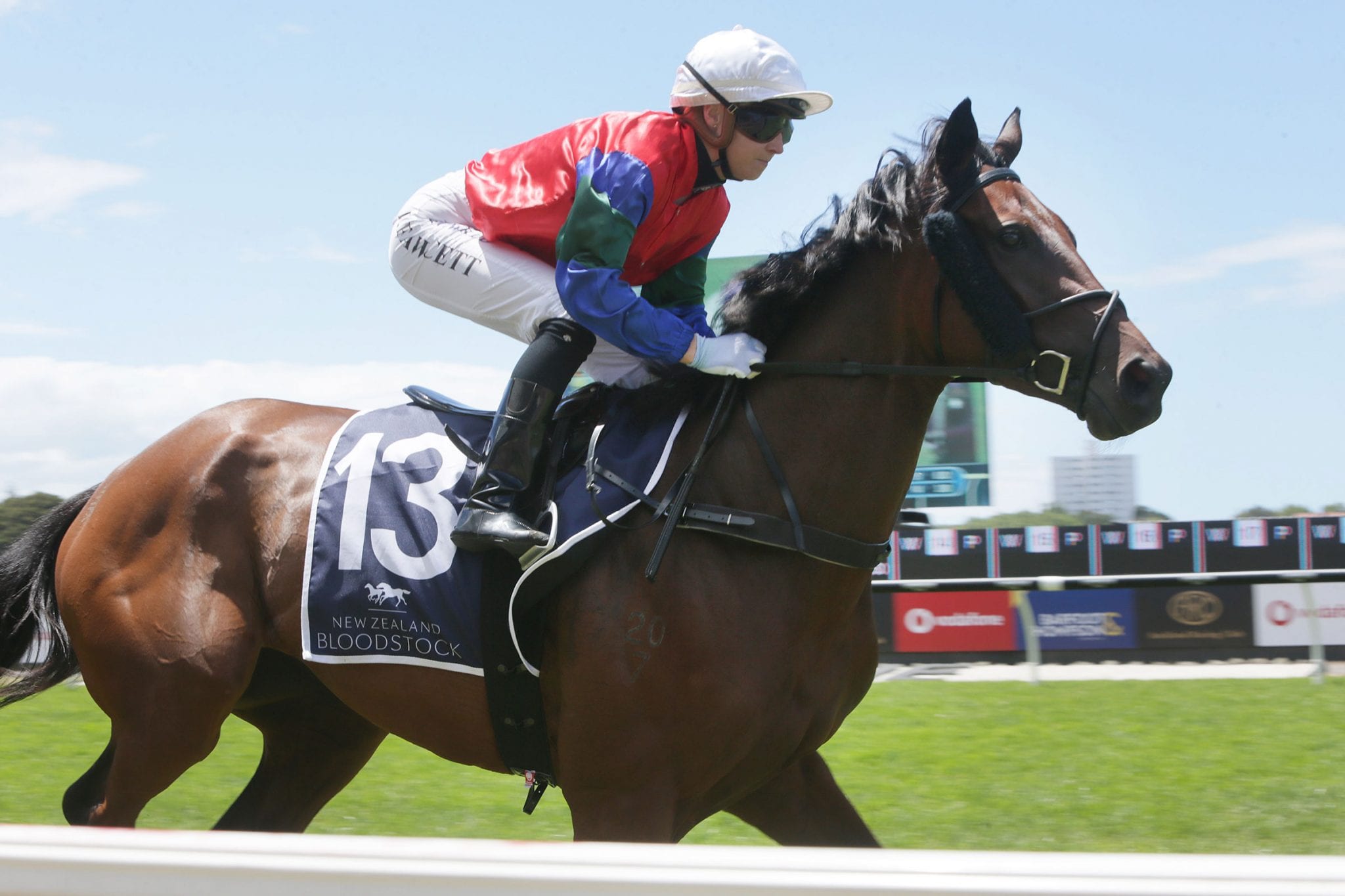 Promising two-year-old Drum Major will be on trial for a tilt at Group One glory when he lines-up in the HR Jones & Co Ltd 2YO (1200m) at Awapuni on Saturday.

The Team Rogerson-trained colt has placed in both of his starts to date, and if he makes a good account of himself this weekend he could head to Ellerslie next week for the Group 1 Sistema Stakes (1200m), or return to Palmerston North next month to tackle the Group 1 Courtesy Ford Manawatu Sires’ Produce Stakes (1400m).

“He is a lovely horse, but he is not a natural two-year-old,” said Graeme Rogerson, who trains in partnership with wife Debbie. “I have put blinkers on him to sharpen him up a bit, but his form has been very good.

“I gave him a little break after Matamata, he has been working well and he trialled enormous, he ran home really well.

“It’s quite a good field, there are a lot of hopes in that race on Saturday.

“If he runs well we will decide whether we go to the Sistema or the Sires’. He may be a Champagne (Listed, 1600m) horse, but we will just play it by ear.”

Another Rogerson runner in line for a Group One assignment is talented but erratic filly Ezdara.

The daughter of Sacred Falls was pulled up last start by jockey Jasmine Fawcett after veering wide ahead of the crossing after leading early.

“She spotted the gap and wanted to run out,” Rogerson said.

“Ryan (Elliot, jockey) has ridden her at trackwork a couple of times and she has galloped exceptional.”

Ezdara had been in good form prior to that run, placing in the Listed Oaks Prelude (1800m) at New Plymouth last month, and a start in the Group 1 Al Basti Equiworld New Zealand Oaks (2400m) hinges on Saturday’s result.

“If she runs up to form, I think she will be very hard to beat,” Rogerson said.

Looking ahead to the New Zealand Derby meeting at Ellerslie on Sunday, Rogerson is looking forward to lining up Mascarpone in the Group 3 Haunui Farm King’s Plate (1200m).

The four-year-old gelding placed behind Avantage and Callsign Mav in the Group 1 BCD Group Sprint (1400m) at Te Rapa last month, two rivals he has evaded in Sunday’s field.

“He is a really good horse when he puts it all together,” Rogerson said. “He has drawn a bad alley (10), but what will be, will be. He has certainly got the ability.”

Rogerson will also have the one contender in the day’s feature race, the Group 1 Vodafone New Zealand Derby (2400m), in Edge Of Wonder.

Rogerson has been battling a race against time to get the son of Tavistock to the Derby after clipping heels with Waimoku Falls in the Karaka Million 3YO (1600m) in January.

“He has had a lot of chiropractic work on him, and we have been massaging him. Hopefully he gets back to his best, because he is quite a handy horse,” he said.

“There is only one Derby and we are having a throw at the stumps. Ryan (Elliot) didn’t think we would get him to the Derby and he took another ride (Tribute King). I have put young Willy Pinn on him, he is an up-and-coming jockey.”