Group One son of Kingman to New Zealand’s Novara Park 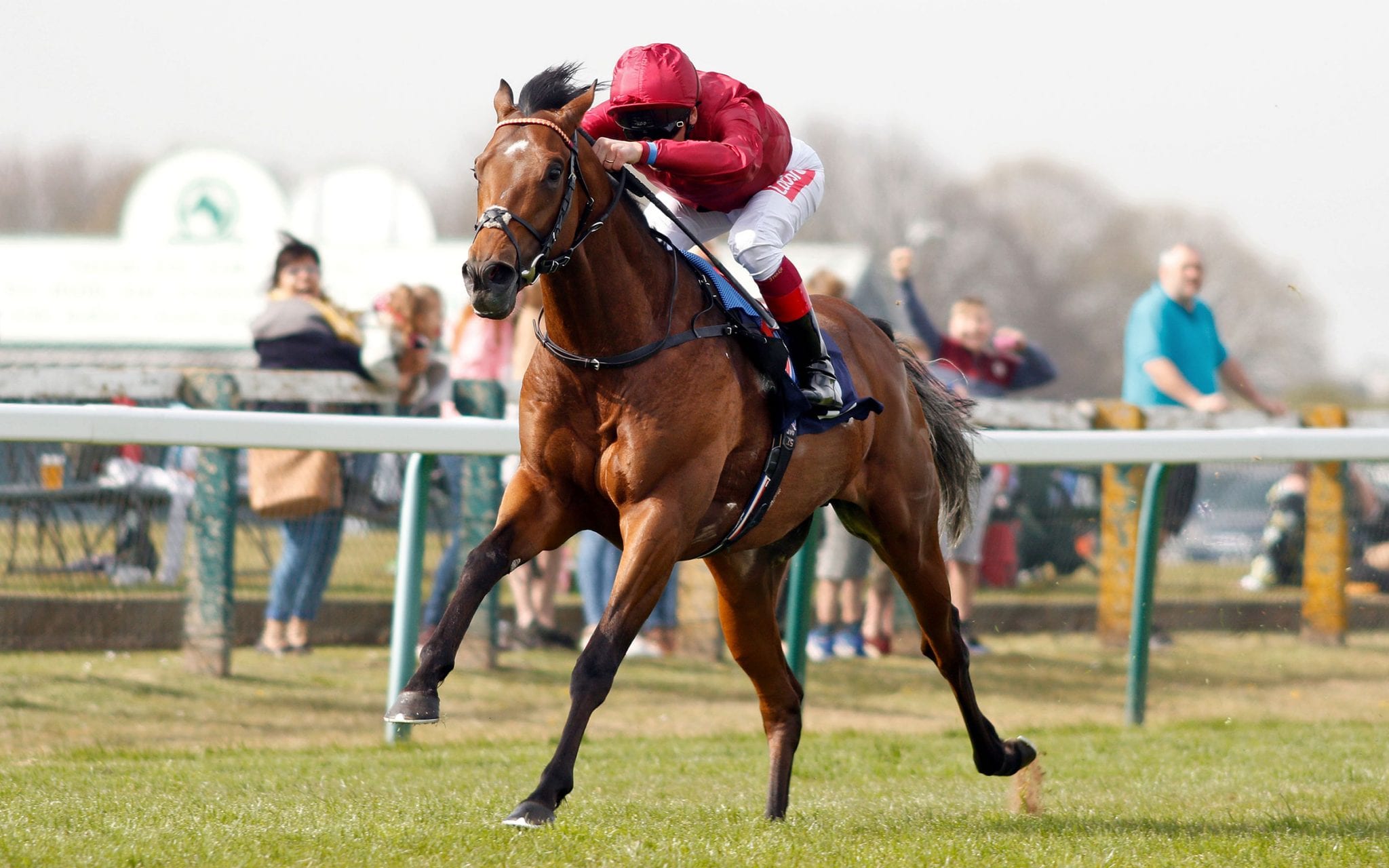 Farm principal Luigi Muollo had been on the lookout for a son of outstanding young sire Kingman and is delighted with his acquisition.

“He (Kingman) is one of the hottest names in European bloodstock circles, and King Of Comedy ticked all the boxes of pedigree, racetrack performance, type and commercial appeal,” Muollo said.

Prepared by John Gosden for the bulk of his career for Lady Bamford, King Of Comedy was a winner at Sandown over 1400m on debut as a two-year-old, before finishing second at the only other start of his juvenile season.

“His performance was so eye-catching that after the race Timeform labelled King of Comedy ‘the best rated 3YO in Europe’. He had the fastest final sectionals of the race and covered more ground than the winner and the third horse,” Muollo said.

He then finished fourth behind world-class gallopers Japan and Crystal Ocean in the Group 1 Juddmonte International Stakes (2050m), and was also runner-up to Benbatl in the Group 2 Joel Stakes (1600m) at Newmarket, comfortably holding Group 1 Doomben Cup favourite Zaaki in third.

Triple Group One winner Benbatl won the Joel Stakes after successfully campaigning in Australia, where he won the Group 1 Caulfield Stakes (2000m) before finishing second to Winx in the Group 1 Cox Plate (2040m).

King Of Comedy had a further four starts before his retirement, including a second placing in the Group 3 Diomed Stakes (1700m).

King Of Comedy’s sire, Kingman, was named Europe’s Horse of the Year and champion three-year-old colt in 2014 after a sensational campaign that included Group One wins in the Irish 2000 Guineas, St James’s Palace Stakes, Sussex Stakes and Prix Jacques le Marois.

Kingman is the best son of Invincible Spirit, sire of top Australian stallion I Am Invincible, and has already sired four individual Group One winners despite his eldest being just five.

His most notable runners include another St James’s Palace Stakes winner in Palace Pier, who added a third Group One win to his CV on Saturday in the Lockinge Stakes, and French 2000 Guineas winner Persian King.

A three-quarter brother to Oasis Dream, the sire of Showcasing and Power, who both previously stood at stud in New Zealand with good success, Kingman is also the sire of American Grade One winner Domestic Spending and Schnell Meister, a Group One winner at a mile in Japan.

King Of Comedy is out of the outstanding producer Stage Presence, by champion miler and successful stallion Selkirk, and who is the dam of Group 1 Prix de Diane (2100m) winner Star Of Seville.

She has also produced Group Three winner English Ballet, who is also Group One placed, while King Of Comedy is additionally from the family of tough four-time American Grade One winner Winchester.

“The fact that King Of Comedy had tremendous ability leading him to, at one point, being rated the best three-year-old in Europe and is a son of the mighty Kingman, will make him an easy choice for breeders,” Muollo said.

“He is a magnificent individual. He is a beautiful bay, very correct and will let down into a lovely stallion.

“Timeform’s opinion is also a great endorsement where they have described him as ‘Bred in the purple and a most taking sort on looks’.

“His sire Kingman has been a great success, so he possesses all the genetic ingredients to make a successful sire. He will be a very valuable addition to the New Zealand stallion ranks and we will be making available a limited number of Lifetime Breeding Rights in the horse.”

King Of Comedy will stand at Novara Park Stud alongside resident stallions Sweynesse and Staphanos at an introductory fee of NZ$7,000 + GST, with a live foal guarantee.