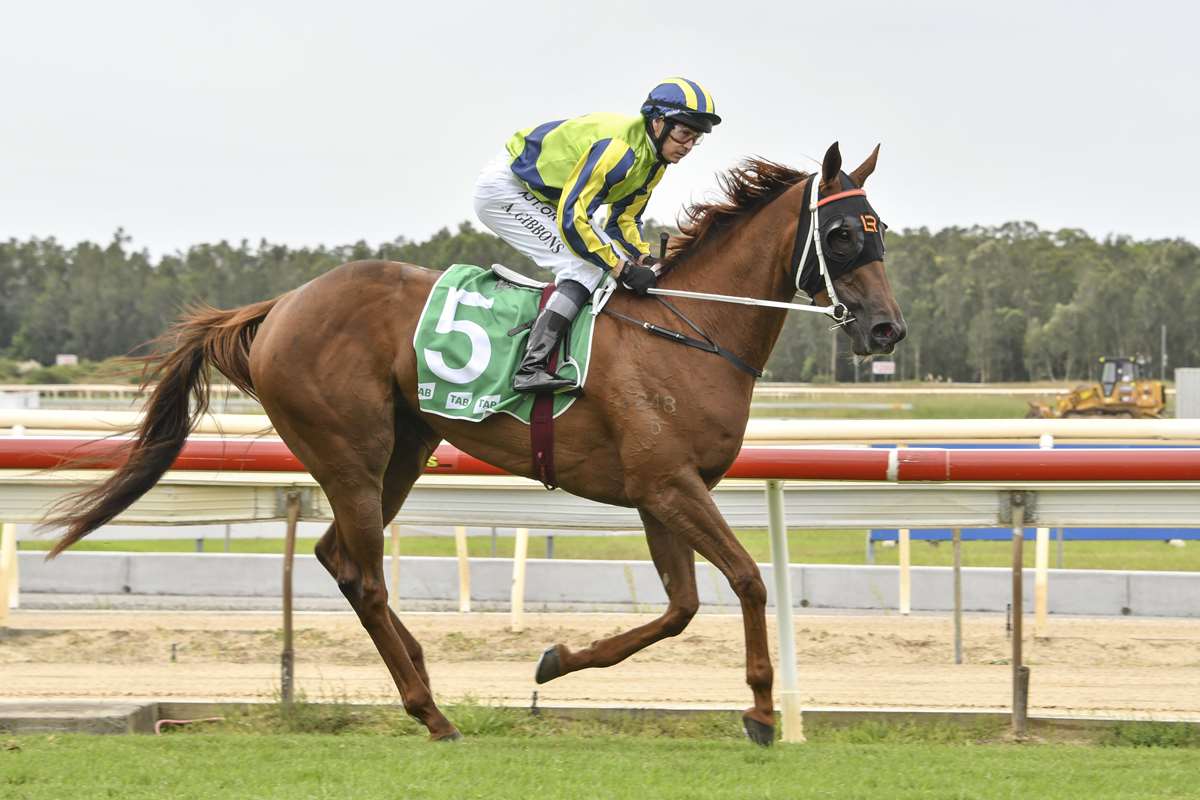 Newcastle trainer Kris Lees was pleased to get a win on the board with Lib Petagna’s handy staying filly Elisa Carolina but is taking little credit for her victory at Wyong last week.

The three-year-old daughter of Makfi transferred to Lees from Cambridge trainer Stephen Marsh, whose staff returned home once Covid-19 alert level 4 restrictions came into play in New Zealand. Lees has had good success for prominent Kiwi owner Petagna, whose bloodstock and racing interests are managed by respected agent Bruce Perry.

The winner of a maiden at Te Aroha for Marsh, Elisa Carolina showed plenty of grit to stave off her rivals in an on-speed victory over 2100m at Wyong and she will now back-up in Saturday’s Group 3 Adrian Knox Stakes (2000m) at Randwick, where she has drawn barrier 14. “She’s a tough filly,” Lees said. “Stephen (Marsh) left her over here in great order. I only got her on the Wednesday before the race, so I can’t take much credit. She’s Stephen’s horse.

“It was good to get a win with her. It is a big jump in grade this weekend but it is not the strongest Adrian Knox and she deserves her opportunity. “I’d say we’d be rolling forward and will put her in place. From what I have seen of her, she probably lacks a turn of foot, but being a daughter of Makfi she will probably handle a rain affected track if the forecast rain eventuates.”

Lees said depending on how the filly performed on Saturday, there is a chance she would contest the following week’s Group 1 Australian Oaks (2400m). “That would be three weeks in a row, but if she ran well and under the current climate, it would be strongly considered,” he said.

The sit and sprint nature of last week’s Group 1 Vinery Stud Stakes (2000m) failed to reveal any fillies who look best suited to the additional 400m of the Oaks, with the even nature of the staying fillies providing further encouragement to run Elisa Carolina in the 2400m contest. “Probabeel was great again and I know class can get you home in the Oaks but whether she is a genuine 2400m filly, time will tell.”

Lees has previously tasted success with Petagna-owned staying fillies, with triple Group 1 winner Lucia Valentina a clear standout. “We have a number for Lib and Bruce at the moment and they’re a pleasure to train for. We have some promising fillies coming through for them.”

Lees, who has seven horses entered for Saturday’s Randwick meeting, nominated imported galloper Raheen House as one for the punters to follow in the Group 2 Chairman’s Quality (2600m). “I’m looking forward to seeing Raheen House over 2600m on soft ground and he will back up in the Sydney Cup all going well.”