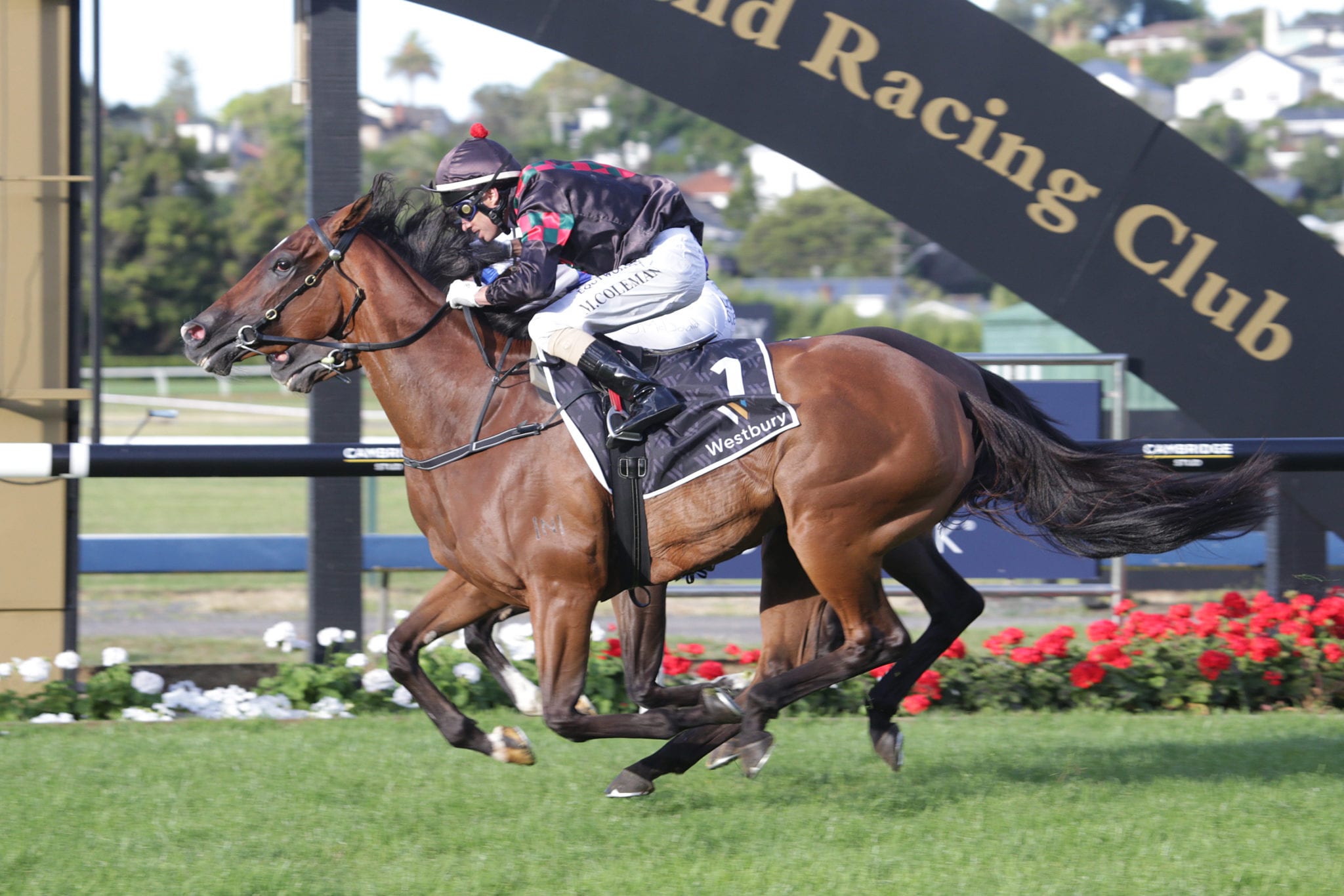 Volpe Veloce gave trainer Graham Richardson one of his biggest moments in racing when she won the Group 1 Railway (1200m) two years ago and he is hoping to finish her career on a similar high. The six-year-old mare is likely to have two more tilts at Group 1 glory this season before retiring to stud and her brave runner-up performance in the Group 2 Westbury Classic (1400m) at Ellerslie on Saturday proved she is capable of the task.

“It was a massive run, she was four-wide the whole way,” Richardson said. “It wasn’t Jason’s (Waddell, jockey) fault, he couldn’t do a thing about it, he did a massive job all things considered. “I was pretty confident heading into the race, but I was just worried about the draw (12). As it turned out that was the thing that got her beat. “If she had run last you would have excused her, but to run second was incredible. She just tries.”

The daughter of Foxwedge will now be given the opportunity to finish her racing career on a high, beginning with the Group 1 BCD Sprint (1400m) at Te Rapa on February 8. “Without confirming it with the owners as yet, she will go to the Group 1 1400m at Te Rapa and she will run at Te Aroha in the Group 1 mile (NZ Thoroughbred Breeders’ Stakes) and then she will likely be retired.”

While Richardson is looking forward to Volpe Veloce’s Group 1 assignments he is busy at Karaka this week trying to find his next stable star. The Matamata conditioner was active on the first day of the sale, purchasing two lots – a Pride of Dubai filly (lot 37) for $150,000 out of Woburn Farm’s draft, and a Winning Rupert colt (lot 68) for $50,000 out of JK Farm’s draft.

“The Winning Rupert colt is a horse that I think could be a Karaka Million horse, he looks like he will get up and run,” Richardson said. “The other horse, in my opinion, was one of the nicest fillies in the sale and I was lucky enough to get her. “She is by a young sire that is doing a very good job and her mother is a half-sister to Samantha Miss, who was a superstar. “If she can get a bit of black-type she will be worth a lot more than I paid for her.”