Goss in search of southern gold 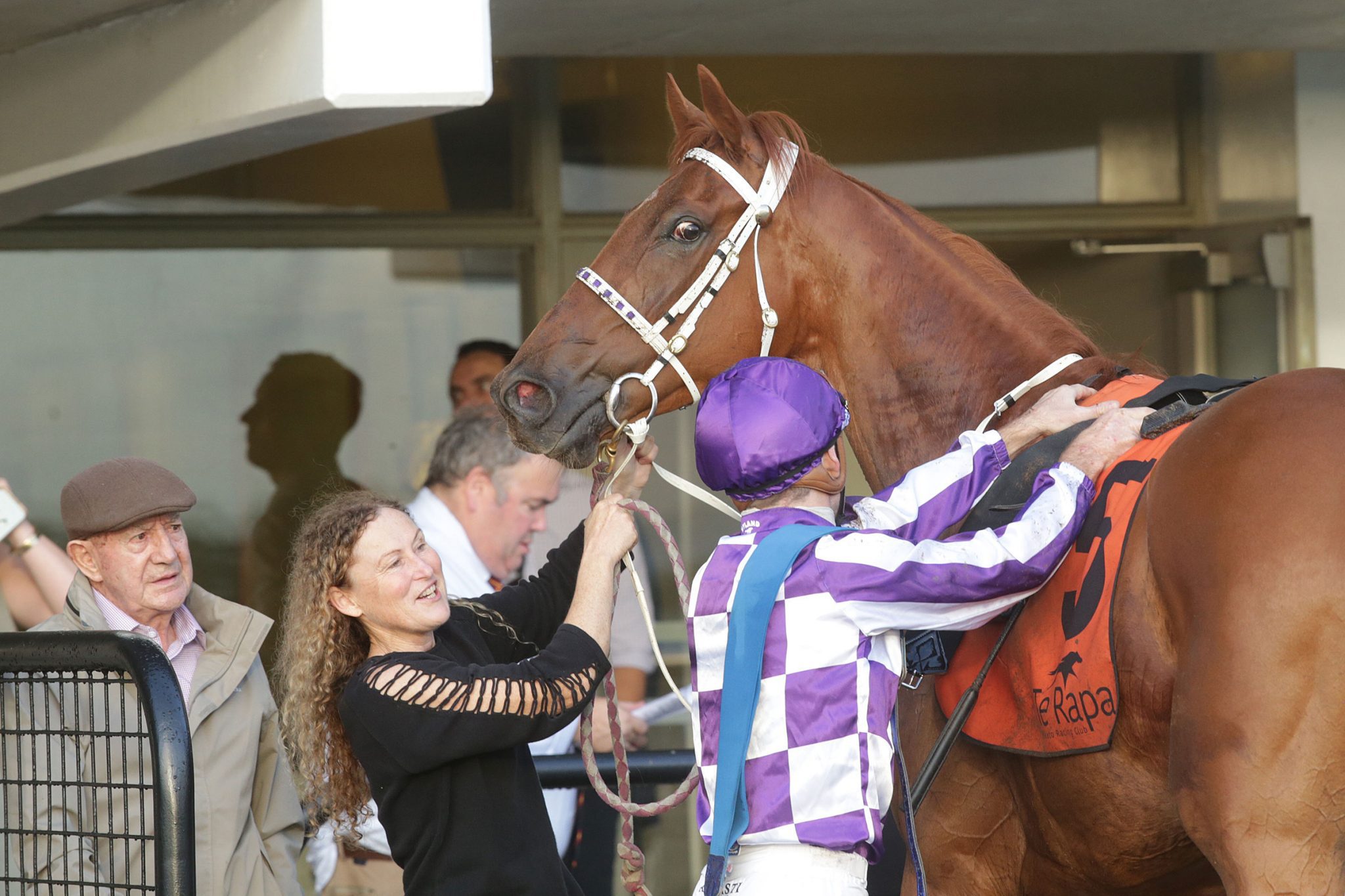 Fresh from his 90th birthday, Tauranga horseman Cliff Goss is looking towards the Group 2 Coupland’s Bakeries Mile (1600m) as the major spring target for his exciting galloper Gold Watch.

Goss celebrated his birthday at the weekend with his family, including his daughter and son-in-law, Cherry and Brent Taylor of Trelawney Stud, but Gold Watch has given the nonagenarian just as much reason to celebrate in the past year.

“I’m still feeling 100 percent,” Goss said. “Well, maybe 90 percent,” he said with a laugh, thinking that he’s still got a few years in him yet.

A once-raced maiden at the beginning of the season, Gold Watch won all four of his races in 2020-21 in the style of a horse going places. In each victory he made up several lengths in the straight and put his nose in front where it mattered to secure his victories.

Gold Watch was Goss’s only runner last season. If the trainers strike rate award didn’t have a minimum start requirement, he would have won or at least shared it with his 100 percent strike rate.

The five-year-old hasn’t raced since winning at Te Rapa in February. He went for a break of about eight weeks at Trelawney Stud in Cambridge and has now been back in work for about 10 weeks.

“He’s still maturing and I didn’t want to overdo him while he’s still growing,” Goss said of his decision to put him in the paddock after Te Rapa.

“If you put them out while they’re well they’ll always come back when they’re feeling good.”

Gold Watch will head to a 1300m trial on the Cambridge synthetic track on Tuesday, a run that Goss says he will need.

“We’ve been working him hard but we’re finding it harder to keep the weight off him. He’s a little bit fat so he’ll need the trial to get him going. I’d like him to have a good blowout tomorrow.”

Goss expects Gold Watch to trial twice before his first race of the season, which will probably be at Hastings in a rating 74 event on September 11.

He’s then likely to have one more race, in October, before heading to Riccarton for the Coupland’s Mile on November 10.

Apart from his maiden victory, all Gold Watch’s successes were at 1400m last season, but the way he has relaxed in his races suggests he should be well suited by 1600m.

“The mile at Riccarton, with the big track there, you could have him last at the corner and he’d still be able to win,” Goss said.

Helping his prospects this season will be his versatility with conditions. He has won on tracks ranging from a Good 3 to a Slow9.

Jonathan Riddell, who rode Gold Watch to his four victories last season, will be aboard again this season provided he can make the weight.

Goss expects Gold Watch won’t be his only horse at the races this season. He has a three-year-old Casino Prince filly which won a jumpout at Matamata in late autumn while she was being looked after by Glenn Old, while he also part-owns a three-year-old Iffraaj colt that has been given to Matamata horseman Daniel Miller to train.

The Casino Prince filly is probably about six weeks away from trialling, while the Iffraaj colt is about a month away from racing.