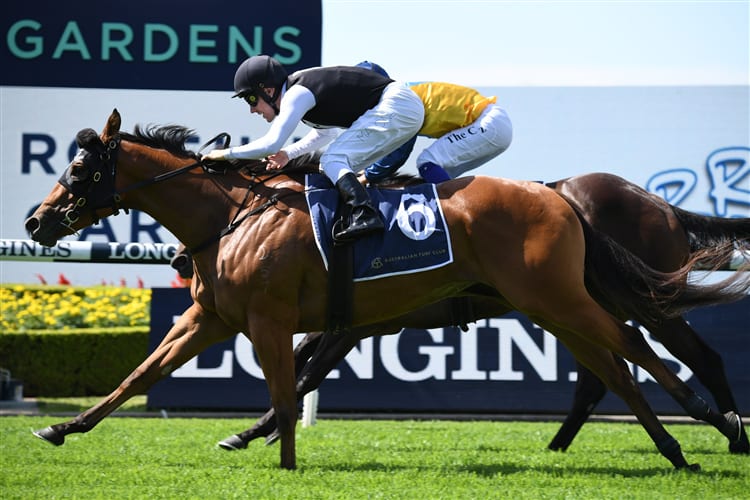 The leading Queensland trainer is yet to saddle up a loser in Sydney this autumn with Krone snaring the Guy Walter Stakes-Coolmore Classic double and Isotope Saturday’s Darby Munro Stakes (1200m) at Rosehill.

“I’ve only had the two runners but I’m very lucky with the horses I’ve brought away,” Gollan said.

Isotope had not raced since dislodging jockey Ryan Maloney in the Magic Millions Guineas in January and was having her first start outside Queensland.

Sent out a +260 favourite, the filly had her work cut out to peg back Group One winner Odeum (+1000) who had surged to the front, but Isotope pinned her ears back to reel in the Victorian by a long head with Bella Nipotina (+2000) another one and three quarter lengths away third.

“I was a bit worried mid-race when he had to give her a few slaps up the neck to switch onto the bridle. She is usually a bit more in his hands than that,” Gollan said.

“It might have been the soft seven, she’d never been on a track like that, and it was her first time away.

“But they’re good three-year-olds and she has knuckled down late and got the job done.”

Isotope will have one more Sydney run in the Group Two Arrowfield 3YO Sprint (1200m) at Randwick on April 17 before she is spelled with a view to the spring.