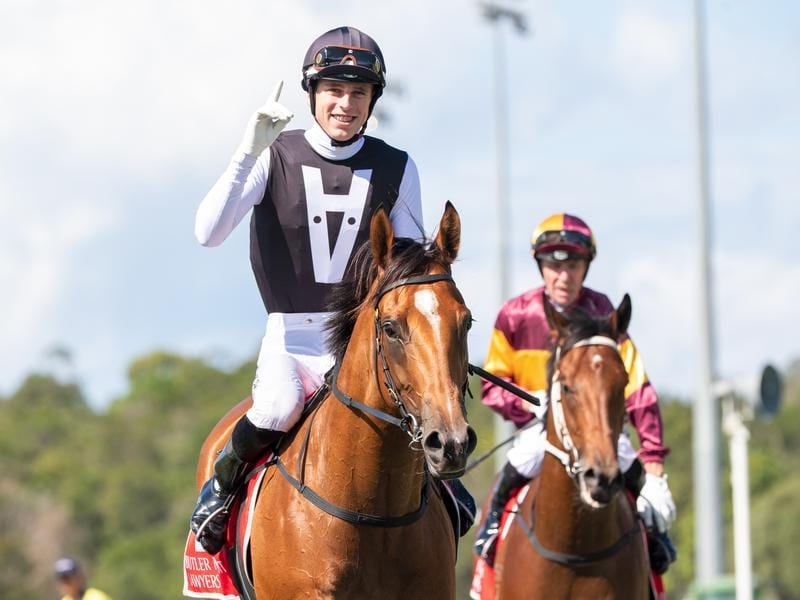 The extra week has done little to diminish the confidence trainer Tony Gollan has in Isotope ahead of her delayed Sydney debut in Saturday’s Listed Darby Munro Stakes.

Isotope faces what looks a tougher field compared to the original Darby Munro acceptors, with impressive first up winner Marboosha and Group 1 Thousand Guineas winner Odeum now among her rivals.

But Gollan feels countering that is the fact this week’s race sets up better for Isotope, in terms of both race speed and where she’s drawn.

The improving track also takes away a little of the uncertainty around how she might have coped with a Heavy track.

Punters are aligned with Gollan’s thinking, as Isotope has been sensationally backed in early trading, firming from an opening +500 with TAB to be +190 yesterday.

“I feel a lot more at ease going into this meeting, compared to last week not knowing how wet that track would get,” Gollan said on his weekly Final Gallop preview.

“I like the fact they re-opened the noms because we’ve come up with a better barrier. There’s more speed as well, so it changes the dynamic of the race.

“I think she finds a lovely run in transit this time. She maps much better and she’s a great chance.”

Gollan has confirmed Jonker will take his place in The Galaxy, assuming the track improves to a Heavy 8 or Soft 7.

“The track will be far more okay than it was last week. Would I prefer a 4,5 or 6? Yes, but he can still race well on this type of ground,” he said.

“He should run well. His work has been terrific this week.”

Gollan also has a typically strong hand at Doomben. Queensland’s Premier trainer is on track to give his record number of metropolitan winners from last year a shake, having already had 69.5 metro winners this season.

There’s plenty of interest in the return of Snappy Reply, who hasn’t raced for nearly a year, but has been well backed to take out the Three-Year-Old Handicap (Race 8).

“We have been able to give her a good long build up to get ready for this. She’s in great shape, she’s going to get a good run,” Gollan said.

Gollan’s first up winner Royal Hale is one of the top fancies in Race 9 on the card, while the stable also has The Move and Leadership Spill vying to topple the well-fancied Weona Smartone in the Class 3 Plate (Race 6).

He thinks The Move, who has been a curse for punters over much of his career, can bounce back off an unplaced first up run.

“He slipped coming out the gates and from that point he was in an ordinary spot,” Gollan said.

“Blinkers go back on to make him concentrate a bit more. He just needs a bit of luck from the gate. If he can step and find a spot in that third pair, he can run really well.”