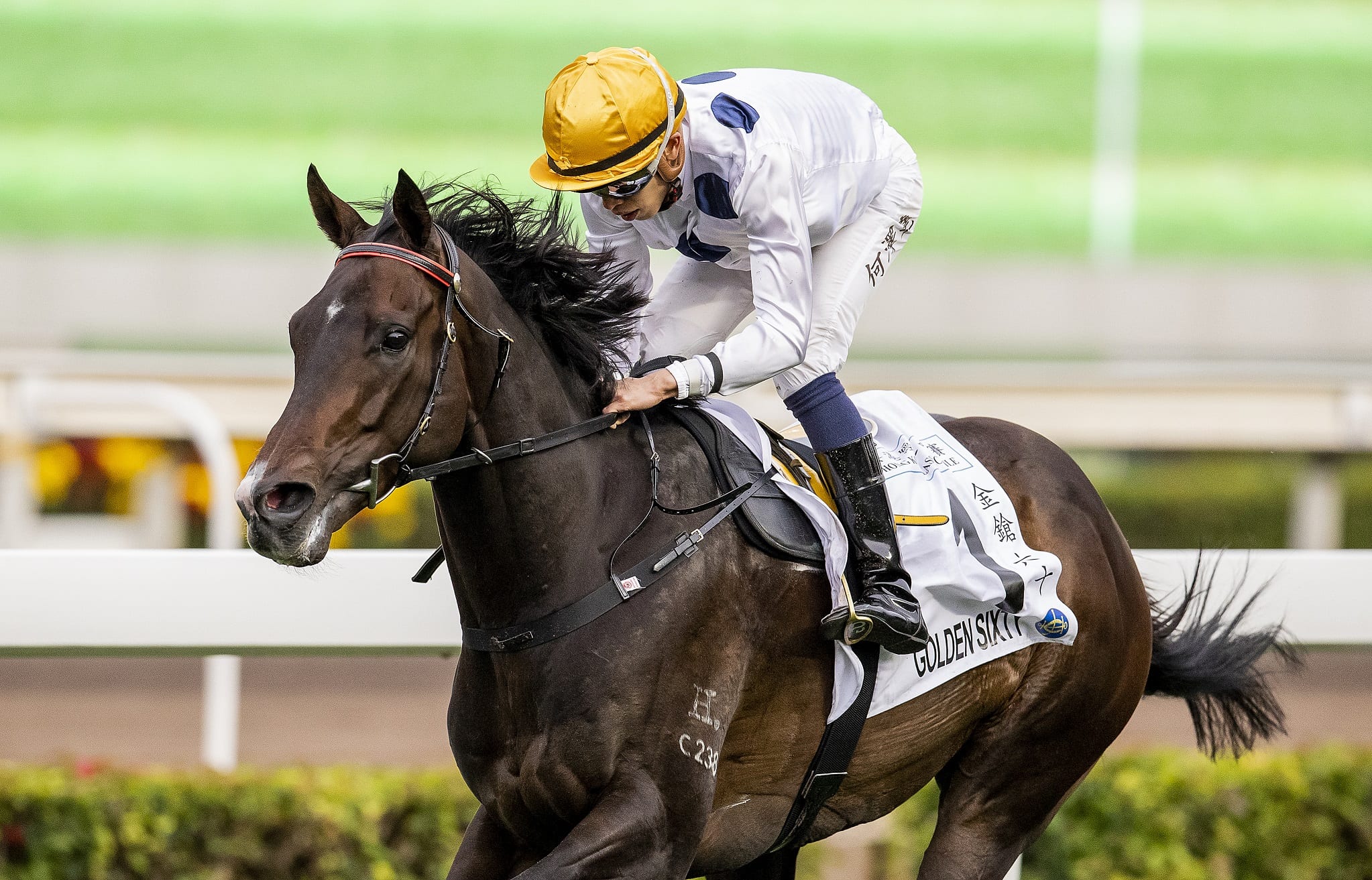 Wary and respectful of world-class opposition, Francis Lui carries a characteristically understated sense of confidence into the Group 1 LONGINES Hong Kong Mile with Golden Sixty at Sha Tin on Sunday (13 December), hopeful his flagbearer can continue an extraordinary winning streak.

Only the fourth horse to win 10 consecutive races in Hong Kong’s professional era – a feat achieved by Silent Witness, Co-Tack and Sunday’s adversary Beauty Generation – Golden Sixty faces his biggest challenge on Sunday against a line-up crammed with quality.

“I’m confident on the horse but the overseas horses – their form is good. The Japanese horse (Admire Mars) won it last year. The Irish horse (Order Of Australia) won the Breeders’ Cup, he has strong form,” he said.

“To me and my stable team, it’s another record if he can win.

“I’m very happy with his trackwork because he was quite relaxed. He’s more relaxed with another horse. If he goes by himself, he’s keen in the early part but today he followed the other horse.

Lui confirmed he would not burden Vincent Ho with instructions.

“I’ll leave it to him because, from the first day he has ridden this horse and he knows him, and I don’t want to give him pressure,” he said.

“Anything can happen in a race and, if he listens to me, it’s another story. So, I will leave it to him.”

While concentrating on nothing other than Sunday, Lui indicated the BMW Hong Kong Derby winner could return to 2000-metre contests.

“Next month, he might have another mile but after that I’ll think about the step up to 2000 metres,” Lui said.

“I don’t have many choices. If I go to the big races, I have to think about it.”

Ho is similarly upbeat about the horse who has helped catapult the former Hong Kong champion apprentice to international prominence.

“He’s a super horse. He’s got a great mentality, just wants to chase whatever is in front of him in the straight,” Ho said.

“He just jumps out the gate and settles really well, wherever I want him to be, he’s OK.

“Every jockey dreams of a horse like this. When you’re on him, it’s just so special. He not just makes you a better jockey, but he can win big races for you.”

Ho will also partner Caspar Fownes’ Classique Legend in the HK$22 million Group 1 LONGINES Hong Kong Sprint (1200m) on what looms as a landmark day for the jockey.

“He is a superstar in Australia, hopefully he can bring that form on Sunday. I’m extremely grateful to be on two great horses.

“The support I have received is great. I’ve been working very hard for years and I appreciate the trust they have in me to put me on their horses.

Karis Teetan, who will oppose Ho and Golden Sixty aboard Southern Legend in the Mile, is fatalistic about his chances in the HK$25 million feature.

“Vincent, of course, has some history with Southern Legend (riding him three times for a win, a second and fifth placing). I’m lucky enough this time to ride him again.

“Of course, we all have respect for Golden Sixty but, when we’re out there, the only thing in our mind is trying to win the race.”