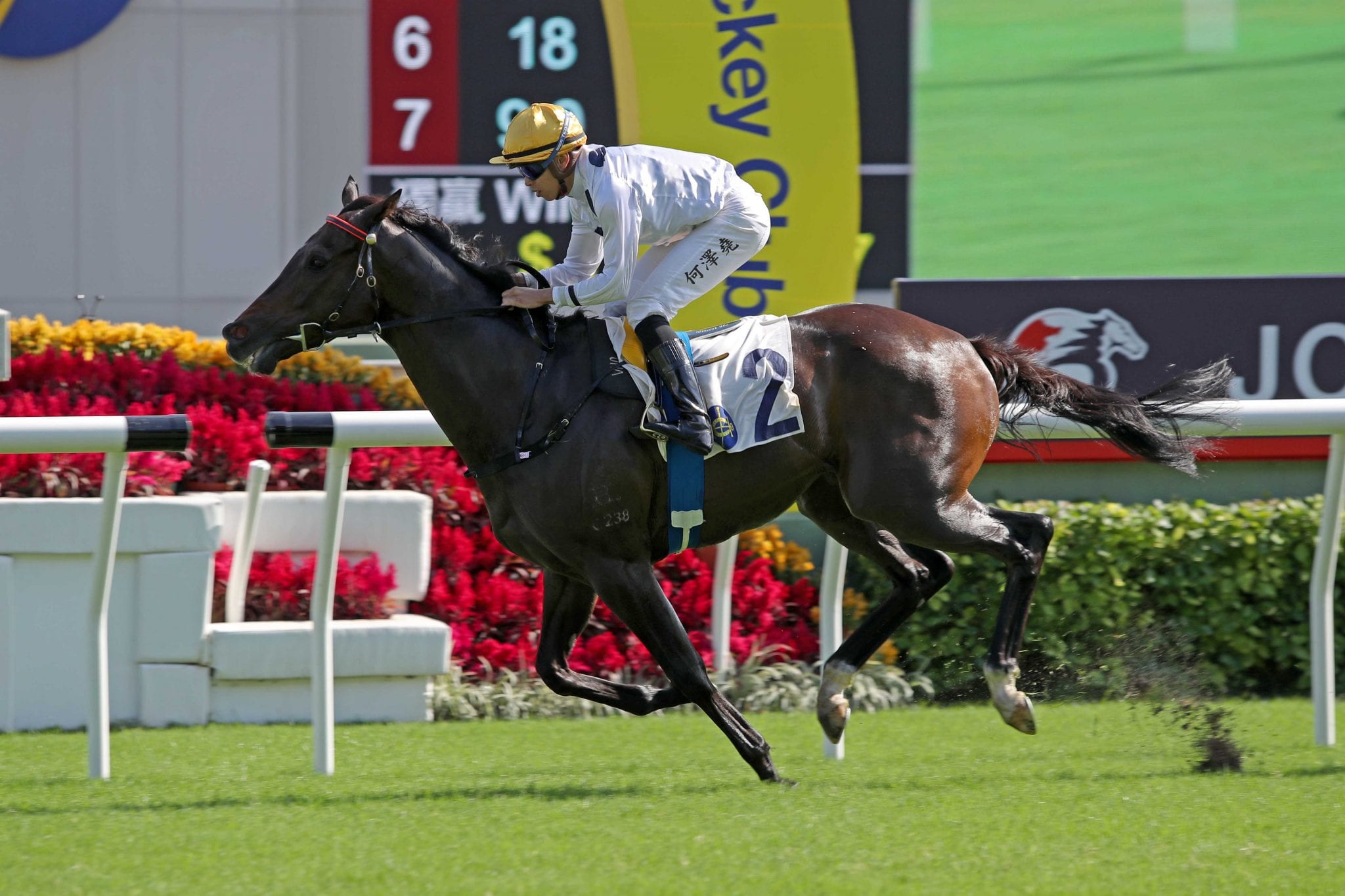 It was a win which came with such authority that even the prospect of stiffer international competition, in next month’s HK$25 million Group 1 LONGINES Hong Kong Mile, may not be enough to end the winning streak of the Francis Lui-trained and Vincent Ho-ridden five-year-old.

Victory in the 13 December showpiece would see him eclipse Beauty Generation and Co-Tack whose winning runs came to an end at ten straight.

Silent Witness’ 17 consecutive victories may be a distant and near untouchable target but the Australian bred has made a habit of making history – being just the second horse to sweep Hong Kong’s Four-Year-Old Classic Series and the first to win the BMW Hong Kong Derby (2000m) for all local connections since Hong Kong racing turned professional.

Golden Sixty, unbeaten in three runs this season, was capably and patiently ridden by Ho before launching an electric late assault to arrogantly condemn, by a length and a half, the modest pace-setting front-runners Ka Ying Star and Southern Legend to the minor placings.

Ho, delighted with this Group 2 success, believes that Golden Sixty is now well equipped to take on all comers in the Hong Kong Mile which has enjoyed International Group 1 status since 2000.

“He felt really good and sprinted home really well,” Ho said, “the main goal was to settle him as normal and to relax him and he hit the line strongly. He will always produce a really good last quarter. I was happy with how he raced, he’s getting quieter and he knows what’s going on now.

“He’s more mentally mature and he’s a really professional horse now. He’s getting quieter behind the gate, just looking around, taking it in. I just wanted to get him settled first of all, I knew there’d be some pace on which will suit him.

“Actually I think at the moment he’s one of the best horses in Hong Kong. That’s for sure. He’ll be competing at Group 1 now and hopefully we will be winning next month. That was our main goal and main target from last season and these three races have been really good prep (preparation) for him. He’s got stronger each race and I’m really happy with how those races panned out for him.”

Ho said he was grateful for the opportunity to be part of the team with a horse of Golden Sixty’s quality.

“I’ve never been in a Formula 1 car but I feel like riding him it’s probably similar. He’s a once in a lifetime horse for me. Lots of jockeys dream of having a horse like this and I’m extremely grateful to Mr Lui and the owner Mr Chan who have supported me and trusted me and kept me on. The whole stable, whole team feel really lucky,” he said.

Lui also noted that the gelding has matured since his four-year-old season and is hopeful he will measure up to his next assignment.

“I felt nervous before the race but, of course, past the winning post everything was all right. I feel very happy that the horse can perform so well.

“You can see he’s more relaxed and more mature now. At the moment he looks like a champion but we’ll see what form the international horses bring,” Lui said before reiterating his intention to run in December’s Hong Kong Mile. The horse also has a Hong Kong Cup entry.

Hong Kong-trained horses have won 14 of the past 20 Hong Kong Mile while Japan boasts four victories and three of that country’s winners came via the Mile Championship.