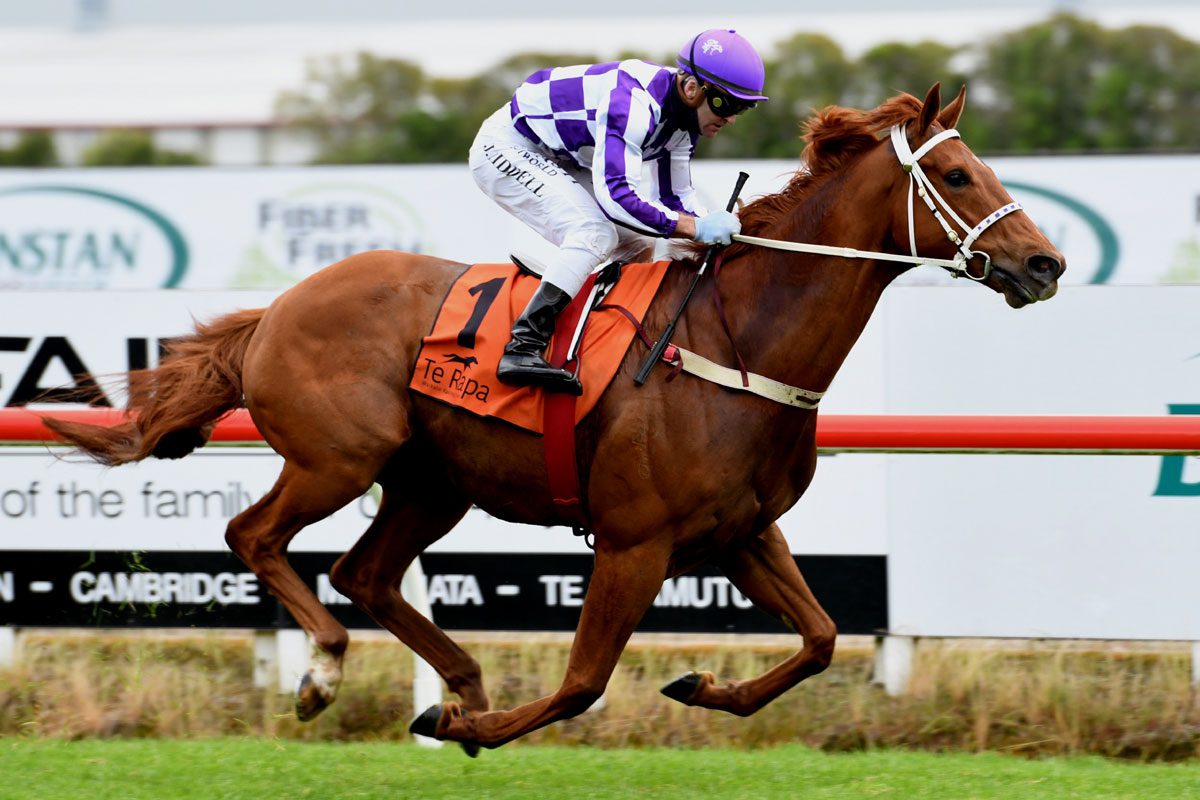 ‘There is something about the outside of a horse that is good for the inside of a man’ is a famed quote from Winston Churchill.

It is proving somewhat of a mantra for 90-year-old Tauranga horseman Cliff Goss, who credits handsome chestnut Gold Watch with keeping him mentally and physically fit and young.

The feel-good story of the year delivered another chapter when the exciting five-year-old gelding made a stunning return to the racetrack when successful in the Super Seth @ Waikato Stud 1400 at Te Rapa on Monday.

Gold Watch had been off the scene since a brilliant win over the same course and distance on February 13. The son of Swiss Ace lumped 62kgs to victory as he recorded the fifth win of his six-start career.

Despite being a shade slow into stride, rider Jonathan Riddell positioned him perfectly in midfield before the gelding powered home to defeat stakes performer Mr Universe by an easy two lengths.

“We will get over today and I will go home and have a look in the book and see what we can come up with in about four weeks’ time.

“He needed the race today. He was quite fat when he came in and he blew a bit.

“We will probably move him to a mile now. He is going to be a real good miler I think.”

Gold Watch had won a trial back at Cambridge on August 10, but then had a minor set-back at a crucial stage that delayed his spring campaign.

“He just got a little bit of a spring cold-type thing, so I had to ease up on him for a while,” Goss said.

The well-travelled horseman will resist the temptation to thrust the lightly-tried galloper into elite company too soon.

“I’ll be looking to step him through the grades. I don’t want to jump in the deep end as you can bugger your horse up if you do that,” he said.

“I’d focus on a Group Three or Group Two to start with and when he is good enough to go to a Group One, then he will go there.

“He is a class horse. He hadn’t had a race for eight months and carrying the 62kgs, he gave the field a hiding really.

“His pedigree says he shouldn’t go any further than six furlongs. His third dam is by Todman who was a top sprint-sire and he’s by Swiss Ace and I don’t think they stay, but at this stage a mile in good company looks his go.”