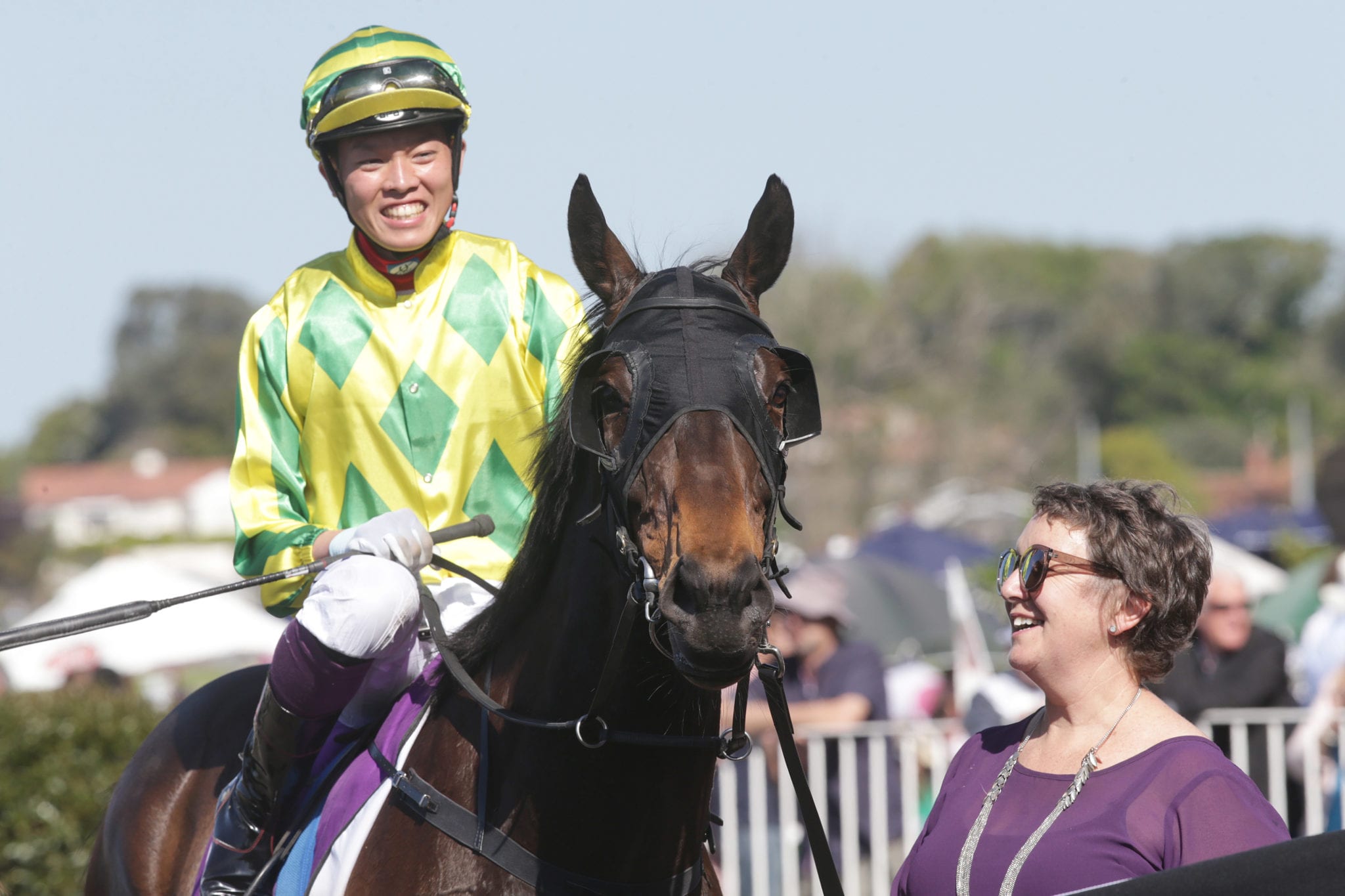 The Shelley Hale-trained Go Nicholas continued his purple patch of form at Ellerslie on Tuesday, winning the Halo Consulting 1600.

The son of Danroad jumped away well from barrier six to take an early lead under apprentice jockey Taiki Yanagida and the pair were able to dictate terms throughout, running away to a three-quarter of a length victory over Aligns With Me, with a further half-length back to Contessa Vanessa in third.

It was the third win in a row for the eight-year-old gelding who has struck a formidable partnership with apprentice Yanagida. Go Nicholas had been tardy out of the gates over autumn and winter, but that trait has been reversed since partnering with the in-form rider. “He has turned a bit of a corner and he’s going super,” Hale said. “They just seem to have clicked and I said to Taiki after the race what is he doing to get him out and he thinks the horse just likes him, so that’s cool.”

Hale was delighted with the win, but admitted to being slightly nervous when Go Nicholas struck the lead so early in the piece. “I wanted him to be handy, but I was a little bit anxious when he was in front, but Taiki just rated him beautifully,” she said. “They ran a very slick time and he just dictated off the front, it was a beautiful ride.”

While Yanagida has played an instrumental role in Go Nicholas’ form reversal, Hale was also full of praise for his trackwork riders at home. “I’d like to give credit to my track riders Lance MacFarlane, who takes the horse out jumping, which I think has helped him, and Clifford Brierley, who rides him every other day. It is a real team effort,” she said.

With the result, Go Nicholas has booked a return trip to Ellerslie later this month where he will get a shot at Group 3 glory. “I had the Eagle Technology (Group 3, 1600m) at the end of the month as a loose target, but he deserves his chance in a race like that, so that’s where we will go to next.”