Glory for Chang and Moreira 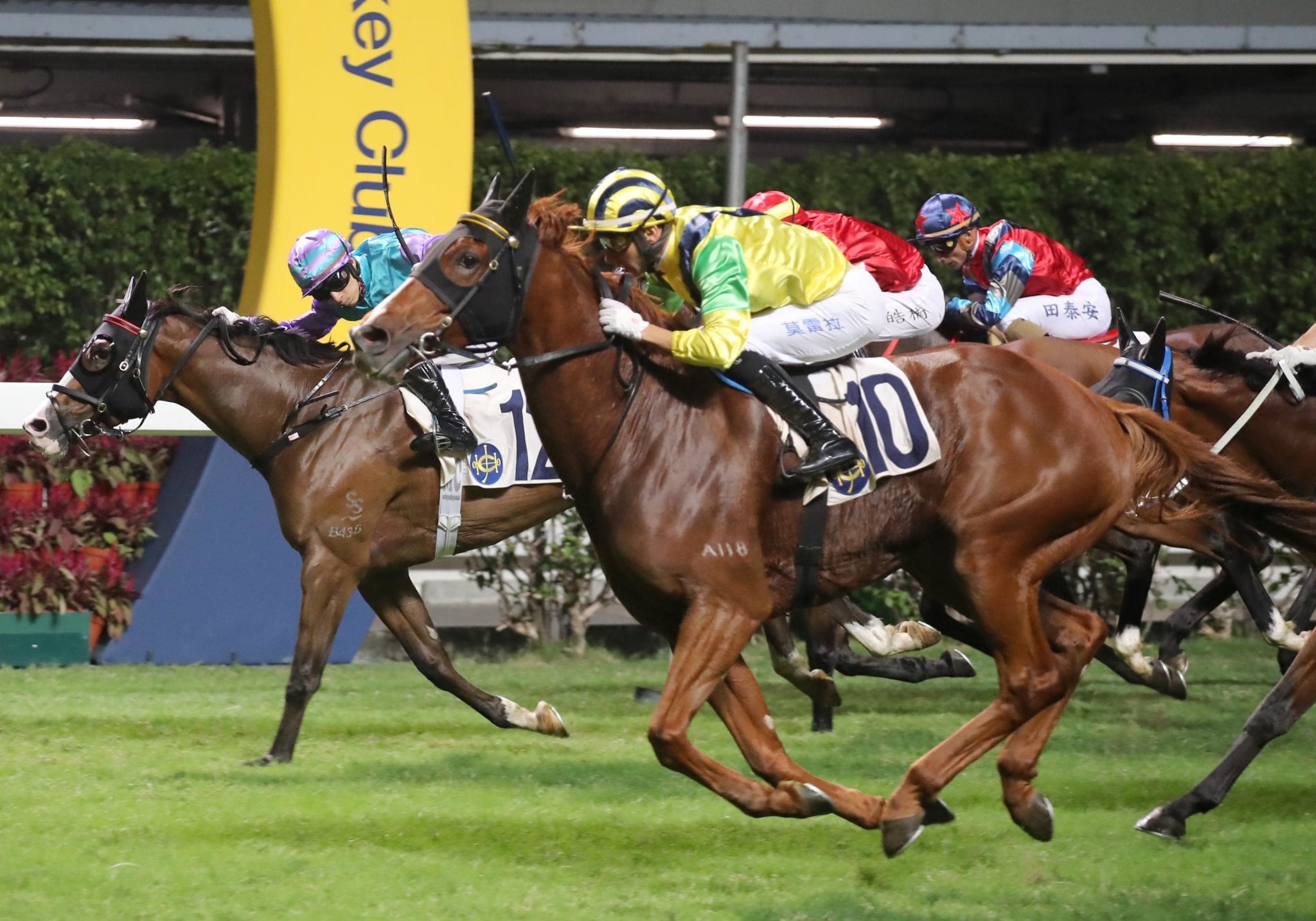 Bullish Glory (118lb) arrived in Hong Kong from Italy with some smart form in the bag. But that was three years ago and in the time since he has fallen winless from a rating of 75 to a mark in the mid-40s.

That long blank streak ended last night though, thanks to a late charge under Joao Moreira to mug runner-up Dionysus Collins (114lb) by a neck in the Class 4 Gloucester Handicap (1800m) at Happy Valley, Wednesday, 6 November.

“He won a Group 2 in Italy and finished fourth in the Derby there and today the 1800 metres was a little bit short for him,” trainer Michael Chang said.

“Next time, I’ll talk to Joao, and probably step him up to 2200 metres here at the end of the month.”

The Roderic O’Connor gelding, a half-brother to Group 1 winner and Group 2 Italian Derby hero Biz The Nurse, raced 18 times for Tony Cruz before switching to the Chang stable last term.

“He’s a nervous horse, he always sweats, he has some issues with his joints and he’s not consistent in the barrier, sometimes he rears up at the start, but I think this season he’s a little bit more mature and settled,” the handler said.

“Mentally, he’s stirred up so I give him plenty work to take the edge off him. When he’s tired, he calms down and you can teach him manners.”