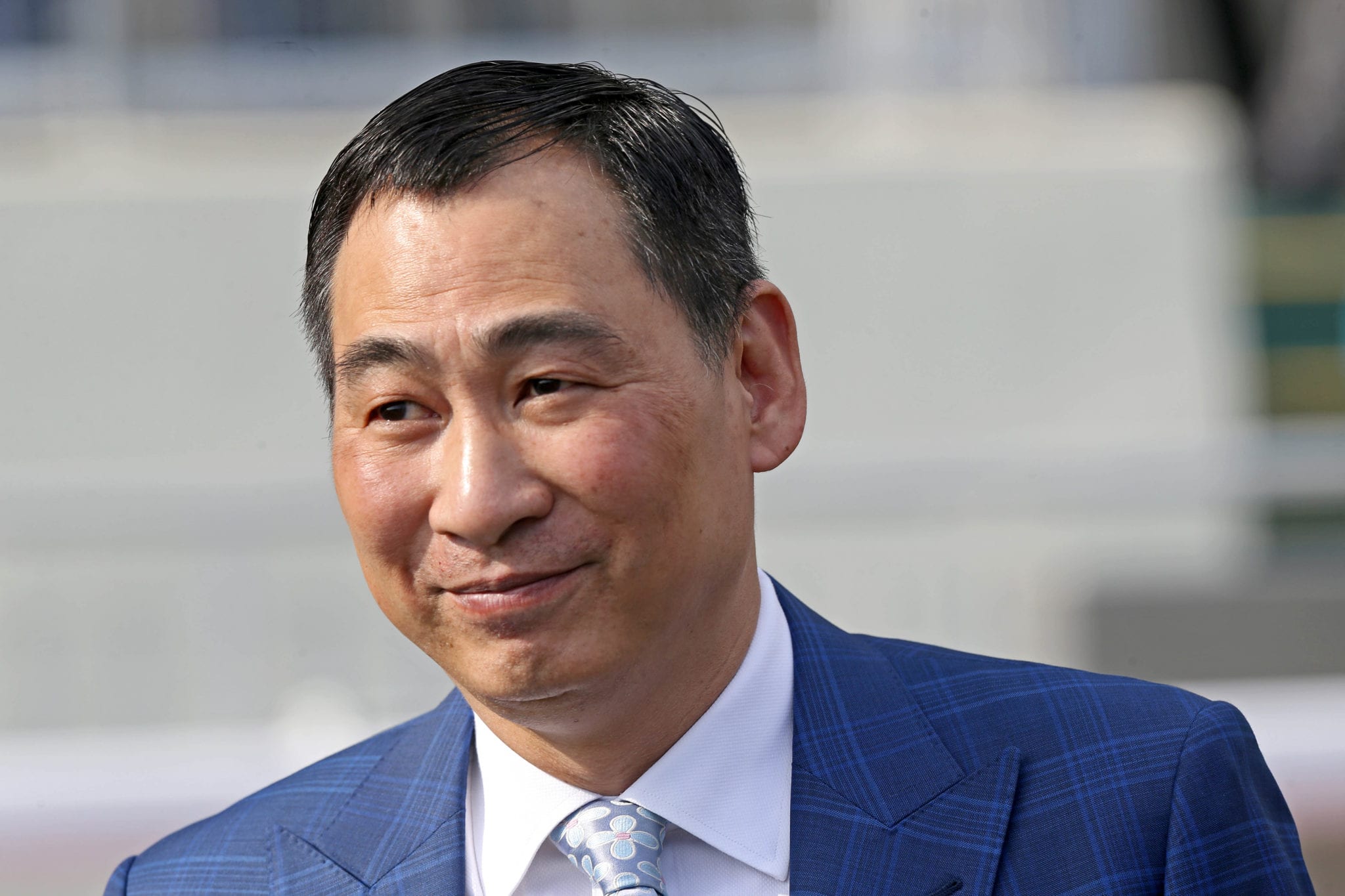 The French import has posted three wins among a series of five smart efforts in recent months, and the trainer is looking for a sign that the bay’s progress might continue into next term. “I think his rating can still go up, the horse has just continued to improve, and this race is a good test for him,” Chang said. “That’s why I asked Joao (Moreira) to ride him one more time, so I can see what we can do with him in the future.”

The late-developing five-year-old bagged his first Hong Kong win at his 16th attempt and since then has gone from strength to strength. “He’s an improving horse, a very typical European horse; now he’s getting more mature than last season and in his favour is that he can run well on both tracks,” Chang said.

Two of Righteous Doctrine’s wins have come on the dirt at Sha Tin, with his other on the turf, and he is looking to build on that fast-finishing success at the course and distance last month.

Three-time champion jockey Moreira has tallied two wins with the gelding and the pair will break from gate six, allotted 123lb in a field of 11.

“I hope Joao (Moreira) can do something on him – I think he can be very competitive in this race,” Chang said. “His trackwork is always good, he is sound, healthy and eating well. He’s a keen horse so sometimes he over does himself and you need to control him a bit.”

The Siyouni gelding arrived in Hong Kong as a three-time winner in France under the care of Stephane Wattel, and finished seventh to Olmedo on the Group 1 Poule d’Essai des Poulains (French 2,000 Guineas) at Longchamp.

Chang, 58, is the only Hong Kong trainer to saddle a winner in the United States – a Group 1 at that, thanks to Rich Tapestry’s Santa Anita Sprint Championship success in 2014, and believes Righteous Doctrine might at least make his name in Class 1, if not higher, when he goes over more ground.

Brazilian import Butterfield, like Righteous Doctrine, is aiming to win his second Class 2 1800m contest at Sha Tin this season.

Vincent Ho will partner the Danny Shum-trained gelding following their game on-pace defeat to Reliable Team at Happy Valley earlier this month. The pair will break from gate 11.

“He’s a bit one paced but he has a high cruising speed, I think he’s fit even from last start where he just got beat but his form is no problem,” Ho said. “Hopefully he can handle it.”

Reigning champion jockey Zac Purton had his jockeys’ championship lead pegged back to six (137-131) on Saturday but will be looking to hit back this Wednesday with another full book of chances, including Columbus County (128lb) in the feature.

“He’s been honest enough, he’s always been thereabouts; he hasn’t been able to win a race but he’s had the freshen up, he had a nice run back the other day and he should improve off that run,” Purton said. “Hopefully, he’s going to get his chance again.”

The Caspar Fownes-trained galloper placed at Group 2 level in New Zealand pre-import and since then has tallied three runner-up efforts to his name in Hong Kong.

“I feel like his better runs have been at Sha Tin. But if he’s come on from his last run I think he should be well-placed again,” Purton said.