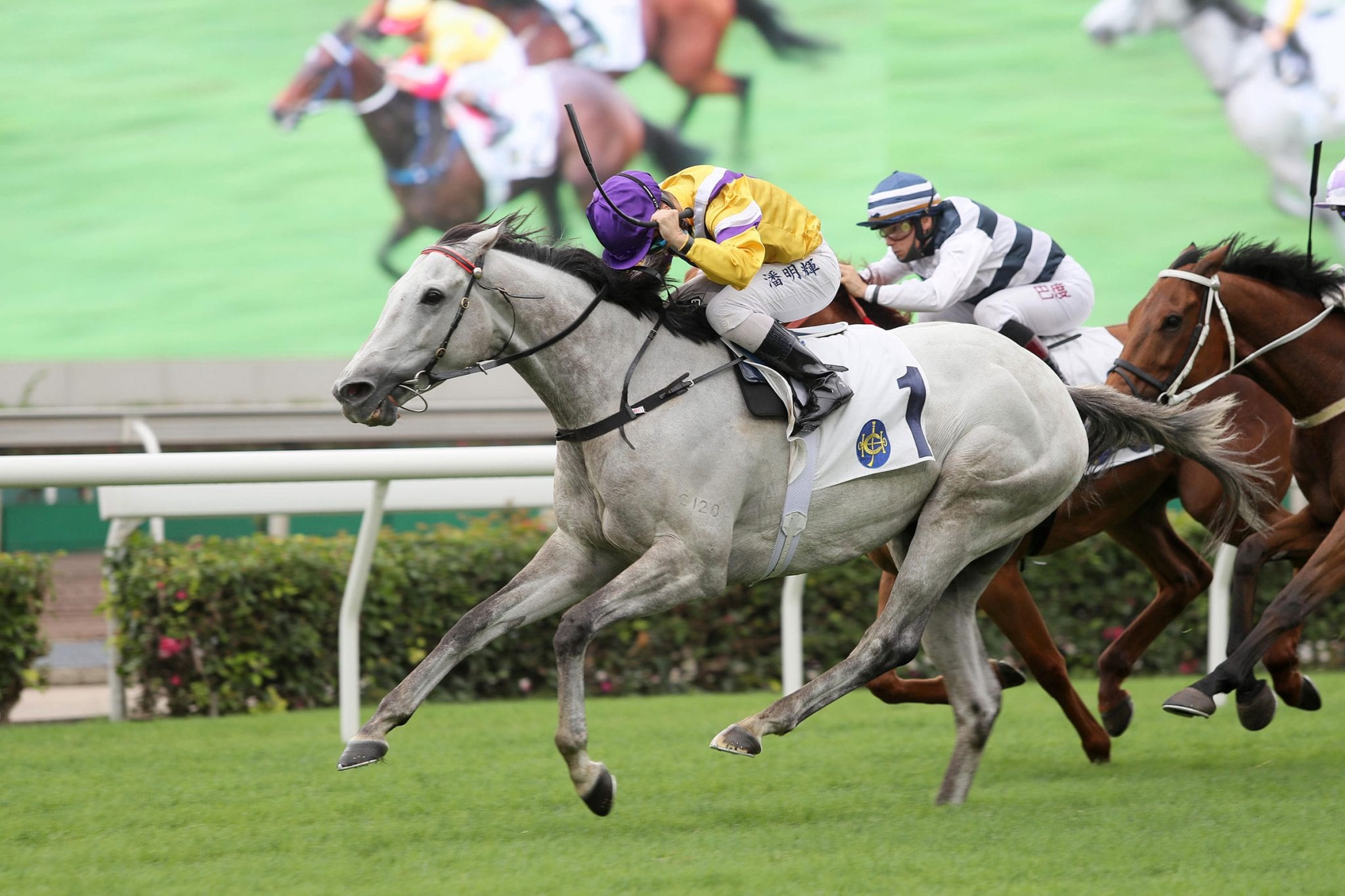 Hong Kong trainer Francis Lui has no qualms over Glorious Dragon’s ability to answer the stamina queries when he steps into the unknown for Sunday’s HK$12 million Group 1 Standard Chartered Champions and Chater Cup (2400m) at Sha Tin.

“I think he can handle the distance, no problem – he is in good form and I’m happy with him going into Sunday,” Lui said of the six-year-old Irish import.

Facing 2400m for the first time, the Teofilo gelding is a two-time winner over 2000m in Hong Kong and he returns for his fifth crack at Group 1 level after finishing sixth in last month’s Group 1 FWD QEII Cup (2000m), behind an army of Japanese raiders as the second locally-trained runner across the line after Exultant.

“I targeted this race for him, I think he’ll love the distance – it’s a big positive,” Lui said.

A winner at Group 3 level this term, the steely grey jagged a career-high when victorious in the Centenary Vase Handicap (1800m) five months ago, defeating Exultant by one and three quarter lengths.

“I’ve been happy with him so far, his performances and also the team with him – I’m confident in my horse,” the handler said.

In his first full-season for Lui, the 122-rater was the subject of an off season stable transfer but prior to import in 2018, he was a one-time winner in Great Britain at Redcar Racecourse as a two-year-old over 1599m.

“He’s an easy horse to train, he’s very quiet and we only really need to tune-up his condition for each run,” Lui said.

This Sunday, leading local ace Vincent Ho takes the reins and the pair set off from gate three.

Slated initially with a two-pronged assault on Sunday’s 12-furlong test, Lui will instead be without Golden Sixty after opting against a run at Hong Kong’s Triple Crown with the brilliant son of Medaglia d’Oro.

“I wanted to run him but after his last run he had a small break with a bit of light trotting in between but he became a bit fresh within himself.

“So I discussed it with the owner and Vincent (Ho), and we worry about him being a bit fresh over this distance, that’s why we decided not to run him,” Lui said of the sometimes fiery but exceptional galloper.

Also in the race is Butterfield, last-start victor of the Group 3 Queen Mother Memorial Cup Handicap (2400m) earlier this month, the main springboard into this weekend’s Group 1.

“He’s going good, I’m happy with him, he should handle the distance no problem, especially because he won over it last time,” trainer Danny Shum said.

Shum’s talented import is a three-time winner in Hong Kong, twice this season and prior to export he claimed a pair of Group 1s in his native Brazil, including the Derby Paulista (2400m) at Cidade Jardim Racecourse by over five lengths.

“It’s not an overly strong field after Golden Sixty withdrew but there are still a few good horses from Tony Cruz and Francis Lui,” Shum said, referencing Exultant and Glorious Dragon.

Jockey Matthew Poon takes the reins atop the chestnut and the pair will depart from gate two.