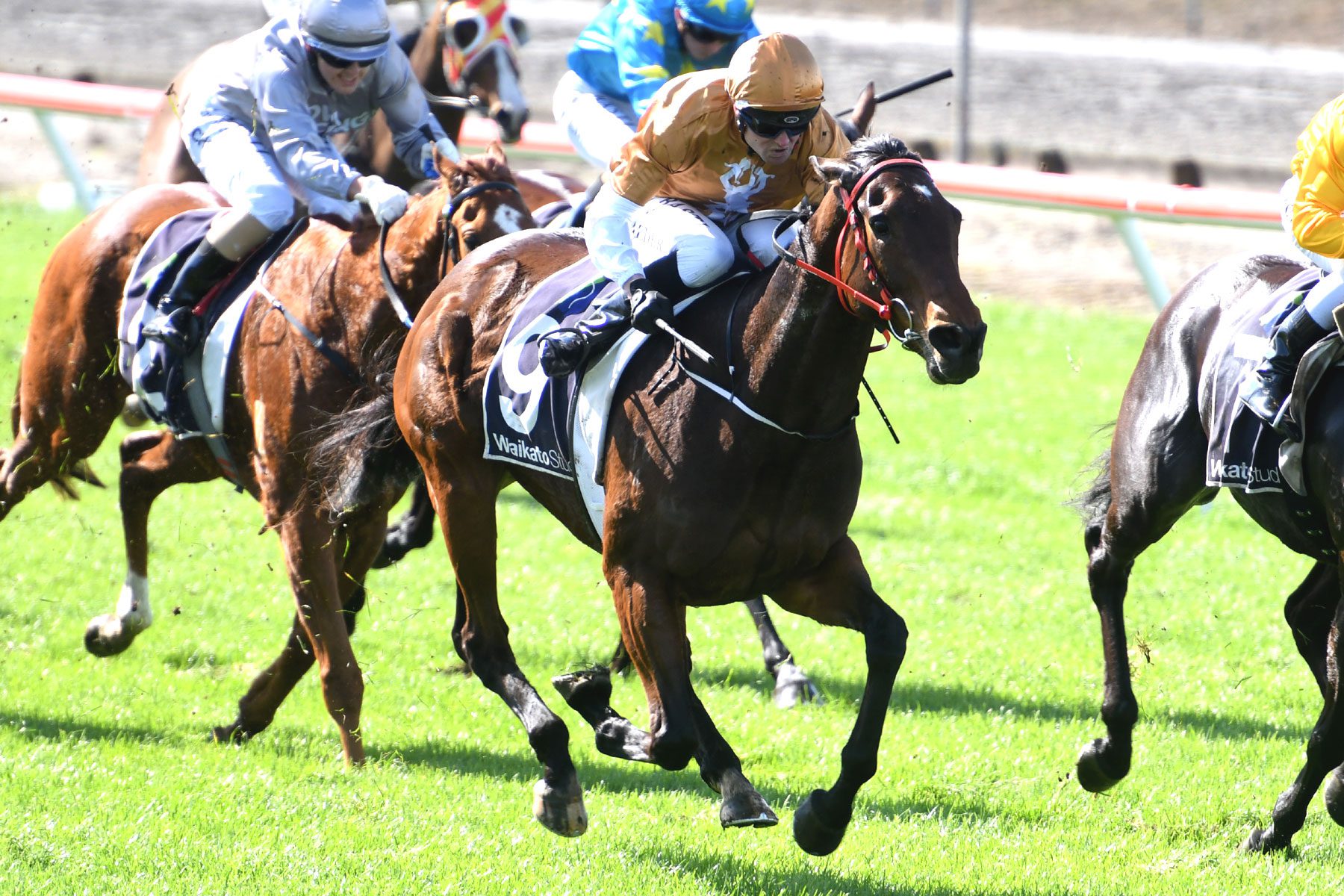 Cherry Lane is in career-best form and trainer Nick Bishara believes the mare is a strong chance to gain an elusive black-type honour at Awapuni on Saturday.

The daughter of Redwood has won twice from her last four appearances and with her affinity for rain-affected going, a bold showing is on the cards in the Group 3 Humphries Construction Manawatu Cup (2300m).

Cherry Lane is coming off an impressive front-running performance at Matamata where she thumped her open class staying rivals by 13 lengths in the hands of Tegan Newman.

“She was super and we gave her two or three days in the paddock after that to freshen up. She is very, very well and had a quiet gallop Wednesday morning and went really well,” Bishara said.

“It was just to keep her up to the mark and I’m happy with her, it would be so nice to get some black-type with her. We’re looking forward to it.”

Cherry Lane has had six previous outings in stakes events with her best efforts a pair of fourth placings in the Group 3 Rotorua Stakes (1400m) and in the Listed Karaka Classic (1600m).

“She is in the right frame of mind and was pretty impressive lumping 59kg the other day and made light of that,” Bishara said. “Tegan will ride her again and she’s won three races on the mare so she’s got a good affinity with the horse.”

Cherry Lane will be accompanied south by Rising Reward, who will resume in either The Flooring Room Handicap (1600m) or the Pavemasters Ltd Handicap (1400m). She is the second ballot in the latter event, which is Bishara’s preferred choice of race.

The daughter of Ekraar hasn’t raced since June, but is in good order for her return to action in Newman’s hands.

“She could go a cheeky race fresh-up. She’s had two jump-outs at Ellerslie and was pretty ordinary in the first one, but I was impressed by the second one when she flashed home nicely,” Bishara said.

“She’s more of a distance horse, but she is quite forward and well and could surprise with a placing at big odds.”

Bishara’s Ardmore Lodge stable will also be represented by runners closer to home on Saturday.

“I’m pretty happy with my team going to Te Rapa and I think Rising Ransom will be a huge chance. We’ve got Lemmy Douglas on, who is riding the crest of a wave and is a very promising apprentice,” he said.

Rising Ransom will run in the Lodge Commercial Handicap (2100m) off the back of an eighth placing, his first outing for more than two months.

“The horse went a terrific race fresh-up on quite a firmish track at Tauranga and pulled up great. The cut in the ground at Te Rapa, where he’s won previously, will really suit him,” Bishara said.

“I wouldn’t discount Rising Road either, she went a cracker last week at Te Rapa. They are both nice stayers in the making.”

Rising Road was seventh last time out over 1600m and will step up in trip in the Waikato Draught Handicap (2100m).

The proven members of Bishara’s line-up aside, he has high hopes for the younger members of his operation in 2022.

“I’ve got a fantastic team of promising young horses and most of them won’t be seen until after Christmas and in the autumn,” he said.

One who has a more immediate mission is Rubick’s son Texas, who will attempt to push his claims for the Doubletree by Hilton Karaka Million 2YO (1200m) when he runs in the Tuakau Cossie Racing Section (1000m) at Pukekohe Park on Monday.

“I’ve got a lot of time for him and we’re trying to get him into the Karaka Million. There’s a niggling doubt he might be a preparation away though,” Bishara said.

“I’m not sure he would like a wet track so hopefully the weather clears. We’ll give him a crack, but if he doesn’t live up to his trackwork he might go to the paddock.”