Gillies on a winning roll 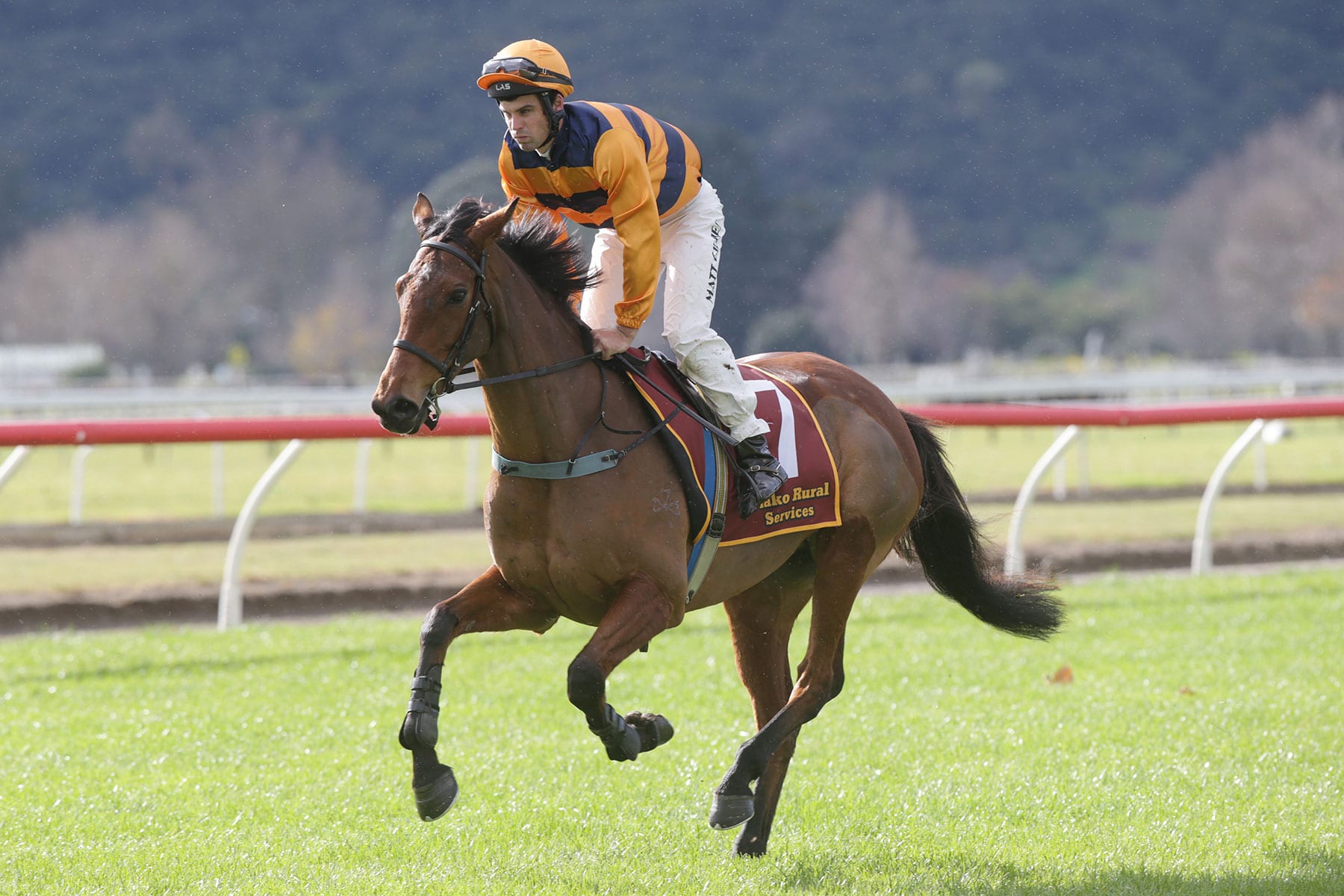 Cambridge jumps jockey Mathew Gillies has been enjoying a great run of form in recent weeks. On Sunday the 33-year-old notched his first winner as both trainer and jockey when Borninasandpit, who he trains in partnership with Graham Thomas, was successful at Te Aroha. “It was my first ride on a horse I train too so it was really good,” Gillies said. “I’ve been telling other jumps jockeys what to do for the last couple of years but to actually go out and ride it and do it myself was a good way to do it. “There’s probably less pressure because you do whatever you want to do but if it didn’t go right it was all my fault.”

Gillies said Borninasandpit is likely to return to Te Aroha in two weeks for another hurdle run before the Corson Maize Pakuranga Hunt Hurdle (3350m) in August and a possible Schweppes Great Northern Hurdle (4190m) tilt should it be a wet track. “I should retain the ride so long as I do everything right,” he quipped. Sunday’s win came just nine days after Gillies, who is originally from Palmerston North, won both the Awapuni Hurdles and Steeples which he describes as being close to a career highlight. “It was right up there because it’s my hometown and my family were there and it’s a course that I haven’t had a good run with previously,” he said.

Gillies confirmed he would be leaving his training partnership at the end of the current season to take up a position with Lance Noble at Lindsay Racing, Brendan and Jo Lindsay’s Karaka-based training centre. “I’ll train with Graham until the end of the season and then I’ll go down to National week and then I’ll be starting at Lindsay Racing in mid-August,” he said. “The position is to be somewhat of a travelling foreman, we haven’t quite worked out everything yet but it’s an exciting opportunity. “The stable complex is just mind blowing when I went up there, I hadn’t seen any of the TV shows covering the set up and I didn’t quite understand how big it is.”

Gillies has no plans to retire from the saddle and he is well placed to continue his run of success at the Hawke’s Bay Hunt Raceday on Saturday. The 2013-14 premiership winning jumps jockey has rides in each of the jumps races on the card headlined by last start Awapuni Hurdles (2900m) winner Gallante in the Te Whangai Romneys Hawke’s Bay Hurdle (3100m). “It’s going to be a lot better track than what he had the other day when he won in the mud, but hopefully he’s improved enough that he can go a lot better on a firmer track,” Gillies said of the Team Rogerson-trained gelding. “If the distance was further, I think it would be right up his alley, but I’m just unsure about how he will cope with the distance and track.”

Gillies’ other feature race contender at Hastings is Zardetto for Paul Nelson and Corrina McDougal in the AHD Hawke’s Bay Steeplechase (4800m). “He’s been around for a long time and he’s done a lot of jumping,” he said. “He’s had three wins over fences and is usually in the place money, so if everything goes right he should be a good chance.”

Gillies will also partner Ali Baba in the Bay Ford NZ Punter of the Year October 5 Maiden Hurdle (2500m) and Medini in the Hawke’s Bay Hunt Maiden Hurdle (2500m). “Ali Baba went really well at the jumps trials and he’s been a really good open class wet tracker so I think he’s got a pretty good chance. Reece Cole has done a lot of schooling on him so he should be spot on,” he said. “I rode Medini at the jumps trials recently, she got held up at her first start with the different fences at Wanganui but since then she’s been jumping a lot better, so with all that fitness and a lot more jumping she should run an honest race. “Ali Baba is probably my best chance but then obviously Gallante, the way he won the other day, he’s a good chance and if it was a similar track to last time then I’d be really confident.”