Gillies aims to bounce back in National 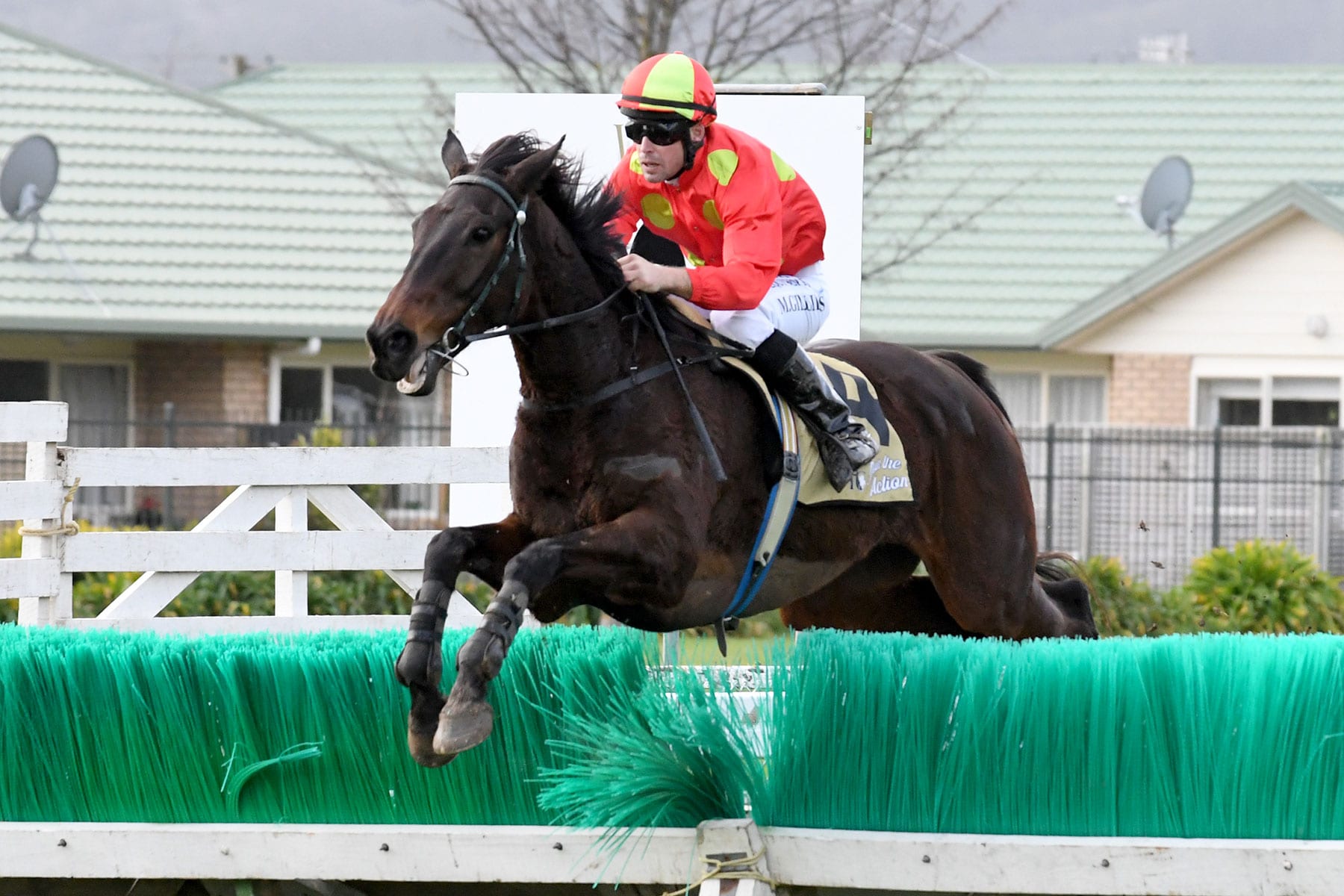 Mathew Gillies has gained a doctor’s clearance to ride Gagarin in Saturday’s Racecourse Hotel & Motor Lodge 145th Grand National Steeplechase (NZ) (5600m) at Riccarton. The jumps jockey was concussed in a fall at Riccarton last Saturday, an injury that led to him missing the winning ride on Tallyho Twinkletoe in last Sunday’s Grand National Hurdle (4200m) at Sandown.

Despite the significance of the win and missed payday in such a lucrative race, there was not a hint of bitterness or regret from Gillies this week as he was delighted for connections whose ranks include his former jumps jockey colleague Jo Rathbone. “It was so pleasing for Jo to win and for Kevin Myers, who has done so much of the groundwork. It was a great win for the Kiwis and for New Zealand racing,” Gillies said. “Falling is just part and parcel of being a jumps jockey and I’ve picked up winning rides through another rider falling and getting injured before. It goes both ways.”

Gillies suffered his concussion when El Fernando fell at the final fence of the maiden steeplechase but passed his clearance in time to have ridden at Wednesday’s Grand National Hurdles meeting had he and trainer Kevin Myers desired. “Both Kevin and I thought it would be best to give it a few more days and Kayla (Veenendaal) had done a lot of work with Guy Fox and I was happy to let her have the ride,” Gillies said.

Guy Fox finished third in Wednesday’s Grand National Hurdles (4200m) after Gillies had won the Sydenham Hurdles (3100m) on the horse last Saturday, his only ride before the fall. “El Fernando just started getting tired when he hit the course proper. The puggy ground got to him and he made an error and fell. Normally he would have put his legs out but he was just too tired.”

Gillies has plenty of confidence in Gagarin for Saturday’s Grand National Steeples after the Myers-trained 11-year-old registered wins in the Manawatu Steeples (4200m) at Awapuni and Wellington Steeples (5500m) at Trentham in his last two steeplechase starts. “Those last two runs have been brilliant,” Gillies said. “Getting him to settle and come from the back is really working well. I rode him over the hill (when fifth in the McGregor Grant Steeples over 4150m at Ellerslie in June) and he pulled the whole way and used himself up. “I thought after that why not try and settle him back, get him to relax and see if he can have a bit more energy for the last part of the race and it’s working really well. “Shamal won the race last year and he deserves to be favourite but Gagarin nearly beat him at Waikato. Shamal was impressive the other day but he might just get caught up in the track if it does get a bit testing, whereas we know Gagarin gets through it well.”

Gagarin will be Gillies’ fourth ride in the Grand National Steeples after finishing seventh on Daatledomee in 2011, fourth on Get Flash in 2015, then falling from favourite The Big Opal in an eventful ride in 2016. That day The Big Opal landed awkwardly at the fence with 1200m to run leaving Gillies without irons for the remainder of the race, the pair only parting company when the jumper made a poor leap at the last fence. “To win it this year would be great,” said Gillies, whose other ride at Saturday’s meeting is aboard Mesmerize in the Speight’s Premier Hurdle (3100m).

Meanwhile, Gillies is also looking forward to starting a new role on Monday. Previously training in partnership with Graeme Thomas at Cambridge, Gillies will assist Karaka trainer Lance Noble as his travelling foreman. “Lance said they’ve got a really nice young team coming up for the new season and hopefully there might be an opportunity to travel to Australia this season or head south with any horses heading to Christchurch for the New Zealand Cup meeting,” Gillies said.