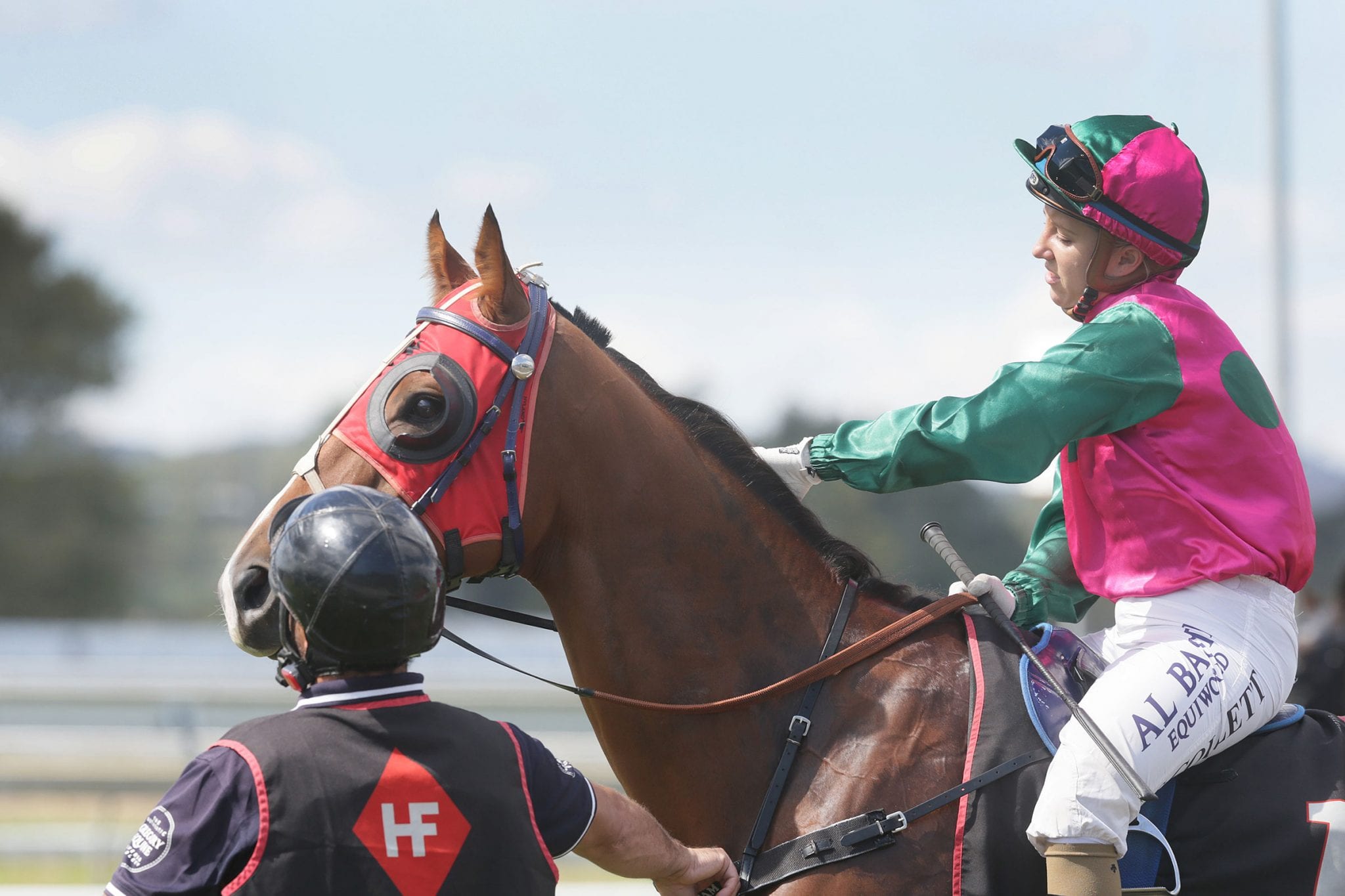 New Zealand trainer Chris Gibbs could have as many as seven runners at his home track meeting at Ruakaka on Saturday, with a decision as to whether handy two-year-old Burgundy Dancer will contest the Whangarei ITM (1200m) to be left to the day.

The gelded son of Burgundy followed up a gutsy Pukekohe success with an equally game second-placing at Te Rapa last week, and while Gibbs has no issue with the manner in which the youngster came through those exertions, he would be assisted by forecast rain, with the track currently a Dead5.

“It was a good effort last week and he is a horse that tries hard. The original plan was to probably skip this weekend,” Gibbs said.

“With the forecast for a little bit of rain on the day, I will make up my mind on the morning of the race. He bounced out of last week’s run really well.

“We are really aiming at the Ryder Stakes (Listed, 1200m). It’s a stakes race and he is a horse that handles the wet, otherwise you wouldn’t go down there to Otaki. It is notoriously a race run on rain-affected going and he travels well. He has got gate speed and he is tough.”

A relatively new addition to the Gibbs team is Cleverconversation, who will contest the Hirepool (1600m) after making an immediate impact when winning on debut from his new quarters.

The five-year-old had previously been placed on seven occasions but failed to find the winner’s circle in 19 starts.

“He was very impressive in winning the other day. We just took all the gear off him, and I thought we’d start from scratch again. I told Lynsey (Satherley) to ride him as cold as a cucumber and that will be how he will be ridden again on Saturday,” Gibbs said.

“Hopefully there is enough pace in the race to let him unleash his turn of foot. There is no reason why he can’t win again.

“Sometimes horses just enjoy an environment change and going to the beach. He was a very fit horse when he came, and we didn’t have to do much with him.”

The five-year-old’s breakthrough is a prime example of the benefits of Ruakaka, with Gibbs taking regular advantage of beach access.

“At the start of the week, the timing of the high-tides was not conducive to going down to the beach,” Gibbs said.

“There are times when we are confined to the track for a few days, but we rotate the horse around and try to get everything down to the beach at some stage.

“Especially if you just want to do a quiet bit of striding work, it is the ideal place. They can do a bit of work without even realising that they are.”

Well-bred mare Laurant, who contests the Bay Of Islands ITM Waipapa (1400m), is also in good shape as she enters the twilight of her racing career with the broodmare paddock beckoning.

“Brent and Cherry Taylor (of Trelawney Stud) were kind enough to give me the mare to train with the idea of getting a couple of extra wins before she goes to stud,” Gibbs said.

Final Suggestion and Kaareraway will contest the ITM/GIB Whangarei Gold Cup (2100m), with Gibbs hoping for an improved showing, while Chevron and Parker Lewis will also represent the stable on the undercard.

“Final Suggestion just pulled his block off last start and we will ride him a bit quieter and I have changed the gear on him,” Gibbs said.

“Kaareraway, I put a line through her run last start. She got too far back. When she has raced over ground she has been thereabouts and I think that is probably how she will run from barrier 3 and she should be right in it.”