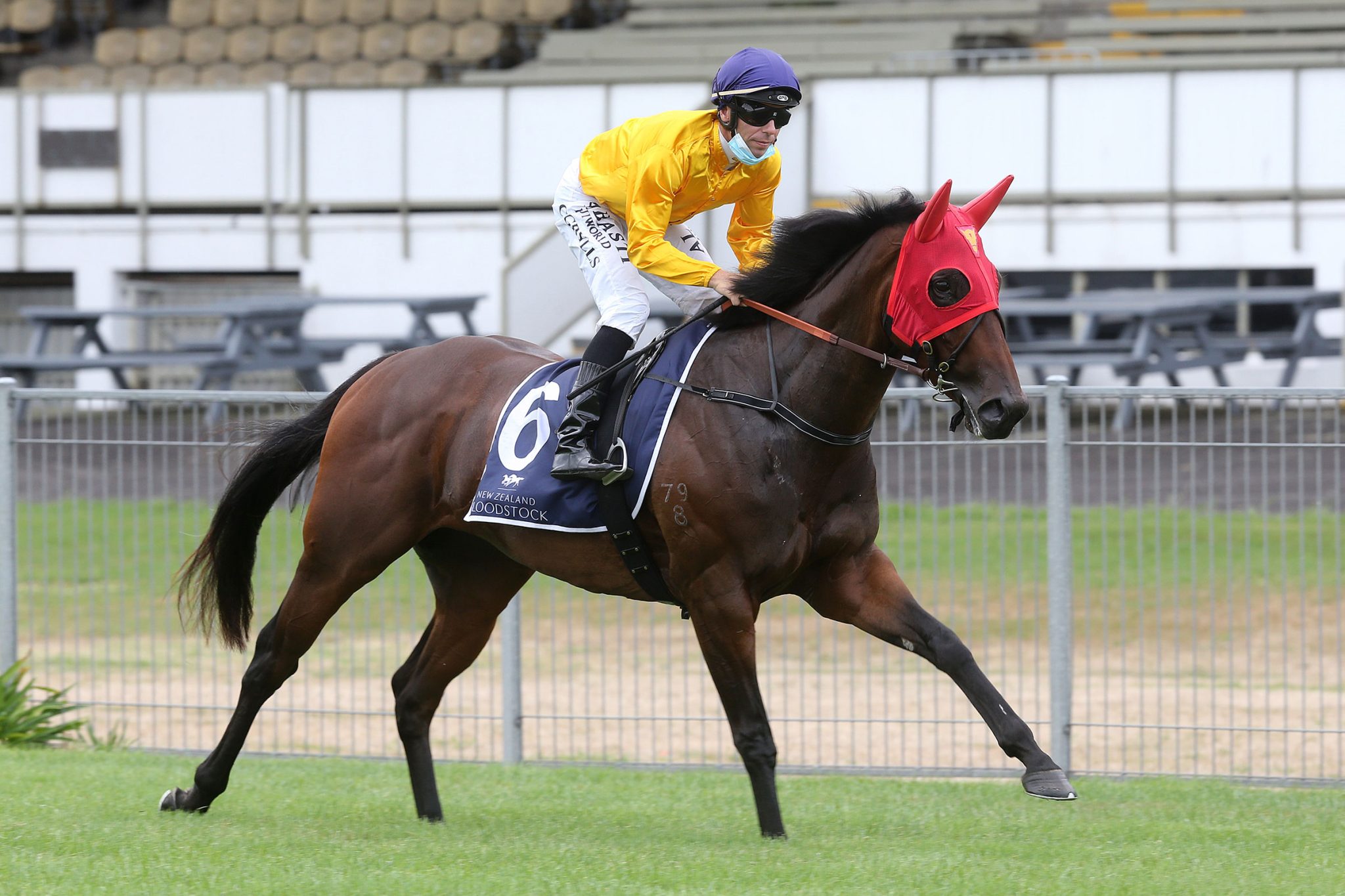 A solidly run contest will give Glory Bound her best opportunity to live up to her name when she steps out in Saturday’s Group 1 Al Basti Equiworld Dubai New Zealand Oaks (2400m) at Trentham.

That’s the belief of Stephen Autridge and Kris Shailer, who prepare the filly for Valachi Downs principal Kevin Hickman, who bred and races the daughter of Tavistock.

The New Zealand Oaks has long been the end goal for Glory Bound while her homebred stablemate and travelling partner Perfectly Suited can earn herself a crack at future Group One honours if she remains unbeaten after the Rat Tat (He’s 22) 2YO Plate.

Autridge and Shailer have been more than satisfied with Glory Bound’s lead-up performances and her condition ahead of the classic and are hoping a solid clip will be the final piece of the puzzle.

“Her form is sound, her sectionals have all been good in her races and we just want the race to be run at a good tempo,” Autridge said.

Glory Bound is currently on the fifth line of betting at +1000 and has already shaped up well against the +130 favourite Self Obsession, having finished a close second behind her two runs back in the Group 2 David & Karyn Ellis Fillies’ Classic (2000m).

“That day, they went three-quarter pace and sprinted home and she was doing her best and matched strides with the other one, but couldn’t get her head in front,” Autridge said.

“What we are wanting is a genuinely run mile and a-half race.”

Following the Te Rapa showdown, Glory Bound worked her way home from the back of the field to finish fourth in a muddling run Group 3 Sunline Vase (2100m) at Ellerslie.

“She’s as good as we can have her and believe in the last four or five days she has really come right so we’re hoping for a good run in transit,” Autridge said.

Glory Bound’s pedigree also points to the filly’s staying ability as her dam The Tidy Express won five races up to 2100m and was runner-up in the Group 3 Waikato Gold Cup (2400m). Her half-sister Lady Le Fay was successful at black-type level and a multiple middle distance winner.

Meanwhile, stablemate Perfectly Suited produced a memorable debut victory, romping home by more than six lengths, to give Valachi resident stallion Savile Row his first winner with his only representative to race to date.

“She has trained on well and we are really looking forward to Saturday with her. When she went to Wanganui we thought she’d run a blinder, but we didn’t think she would win that well,” Autridge said.

“Since then, she has gone ahead and there’s a couple of handy ones in her race, but we believe she is up to it.”

If Perfectly Suited maintains her perfect record on Saturday, thoughts could turn toward the Group 1 Courtesy Ford Manawatu Sires’ Produce Stakes (1400m) at Awapuni on April 2.

“If she won well and came through it well, we could put in a late Group One nomination. We haven’t gone any further than think about it, we’ll see what happens,” Autridge said.

“If we had an opportunity to win a race like that or get some black-type then it would be great for her and the stallion.”