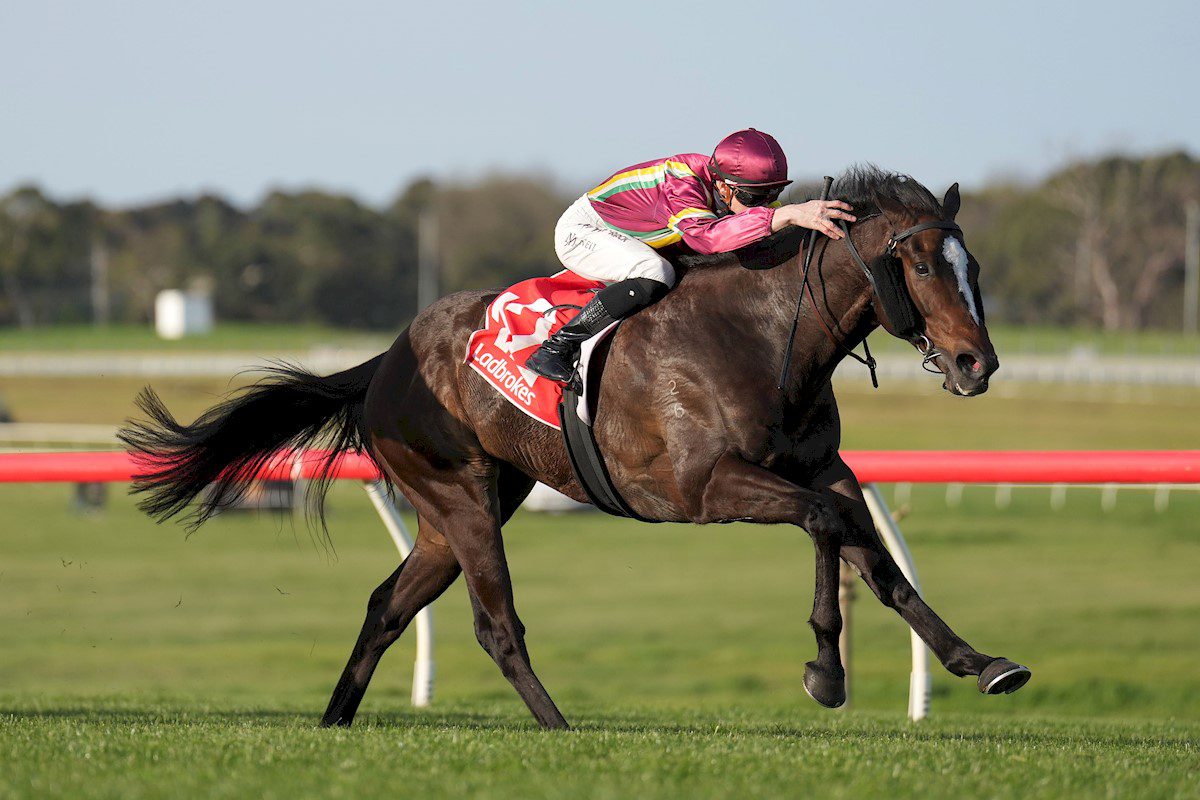 Gentleman Roy has lead from barrier to box in the Group Three Sandown Stakes over 1500m as Jye McNeil piloted the Ben and JD Hayes gelding to his first Group win of his 13 start career.

After jumping away cleanly McNeil had Gentleman Roy in front of the fancied Military Expert and Dragon Leap for the entirety of the 1500m event with the fast finishing Pinstriped flying home to nab third from the tiring Dragon Leap.

This Lindsay Park galloper now has a very impressive record with seven wins and four minor places from his 13 starts, with the target now the Toorak Handicap at Caulfield on October 8.

“Oh definitely, he’s just been on the up this whole prep and his first-up run he put the writing on the wall and I think we did our best Alligator Blood impersonation there, we got inspiration from Gai (Waterhouse) and Adrian (Bott) and he really rolled and he really likes a rolling tempo and he gets everything chasing.” Ben Hayes said after being asked if this win was always coming after Gentleman Roy’s impressive return.

“We had to win today to get a good enough of a rating to get in and I’m hoping this win will be able to sneak him at a minimum weight and now with two good runs under his belt, he will be mighty hard (fit) in a Toorak.” Ben Hayes exclaimed, when asked if the Toorak Handicap was the goal and why this win was very important for that goal.

Jye McNeil completed a double on Underwood Stakes day with his win on Gentleman Roy, showing that a lot of the premier Victorian jockeys are starting to hit form at the right time of the year.

“I just wanted to really assert myself from the barriers, obviously he always goes forward but I wanted to make it my intention to lead and then try to find a balance between keeping him in a rhythm and not going to slow because he really is a ‘free roller’ that can really tough out his races and we sort that today.” Jye McNeil explained after the race when asked about his intentions of leading and being so strong late.

“I think so, he’s going really well and Ben and JD (Hayes) have spaced his runs between his first run and today really well and he obviously ran well first-up and was great again today.” McNeil reiterated Ben Hayes’ thoughts on Gentleman Roy being a solid chance in a Toorak Handicap.

Gentleman Roy is now $11 in the Toorak Handicap markets with online bookmakers.