I’m Thunderstruck wins his first Group One at Caulfield 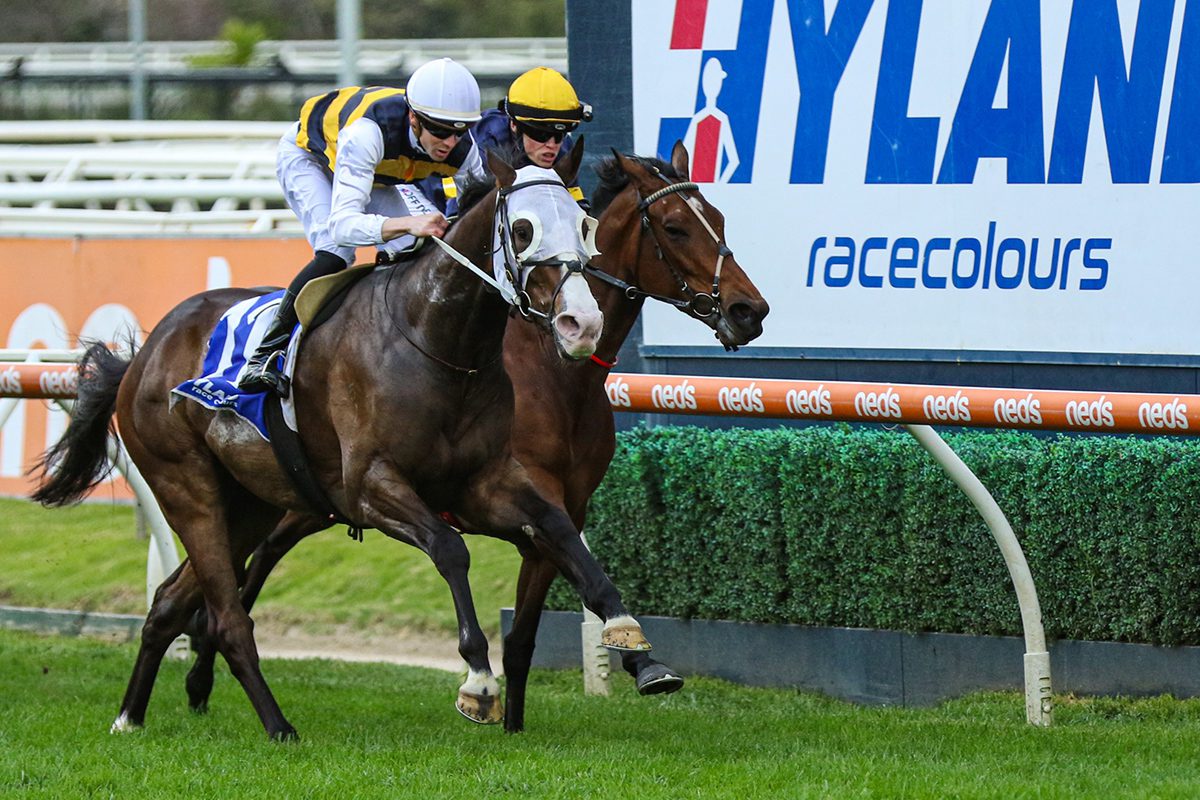 I’m Thunderstruck announced himself as a genuine Group 1 horse in the Toorak Handicap on Saturday, winning the 1600m event at Caulfield by three quarters of a length.

The Mick Price & Michael Kent Jr-trained son of Shocking is only lightly raced, having gone into the Toorak at just his eight career start, but he certainly proved he had ability by winning comfortably in the end.

After being given a masterful ride by last year’s Melbourne Cup-winning jockey Jye McNeil, I’m Thunderstruck bullocked his way into the clear upon straightening and had the race won a long way from home under the 52kg.

The four-year-old was a terrific third placegetter in the Sir Rupert Clarke Stakes a fortnight earlier, which put the writing on the wall and saw him sent out as a $3.40 favourite with Sportsbet in only his second Group 1 race.

Despite a potential class query, the son gelding was able to defeat multiple Group 1-winning mare Tofane in the $1 million race.

“He really had to earn it today.

“He had a couple of different riders that were really out there to target him, which I suppose they’re entitled to do at some stage.

“I thought it was a really brave effort the way he handled himself and even at the top of the straight we had to get a little bit physical to find clear space and then Tofane challenged late.

“He was super tough.”

Although it was a physical victory for the now five times winner, McNeil would have liked it to have been “smoother than that”.

“I guess to some extent it didn’t really weaken him out of it,” McNeil said.

“He was really tough, but I generally like to be a little bit smoother than that.”

Owned by OTI Racing, the four-year-old will now head to the $7.5 million Golden Eagle at Rosehill Gardens on October 30 where he is a $3.70 favourite with the online bookmakers ahead of Mo’unga.

“That’s been the plan all along and he had to do it tough there,” co-trainer Mick Price said.

“He’s only had eight starts, so to win a Toorak at this stage of his career is some achievement for the horse.”

The heavily backed Elephant finished eighth, some four lengths behind the winner, which jockey Damien Lane put down to him not handling the high pressure affair.