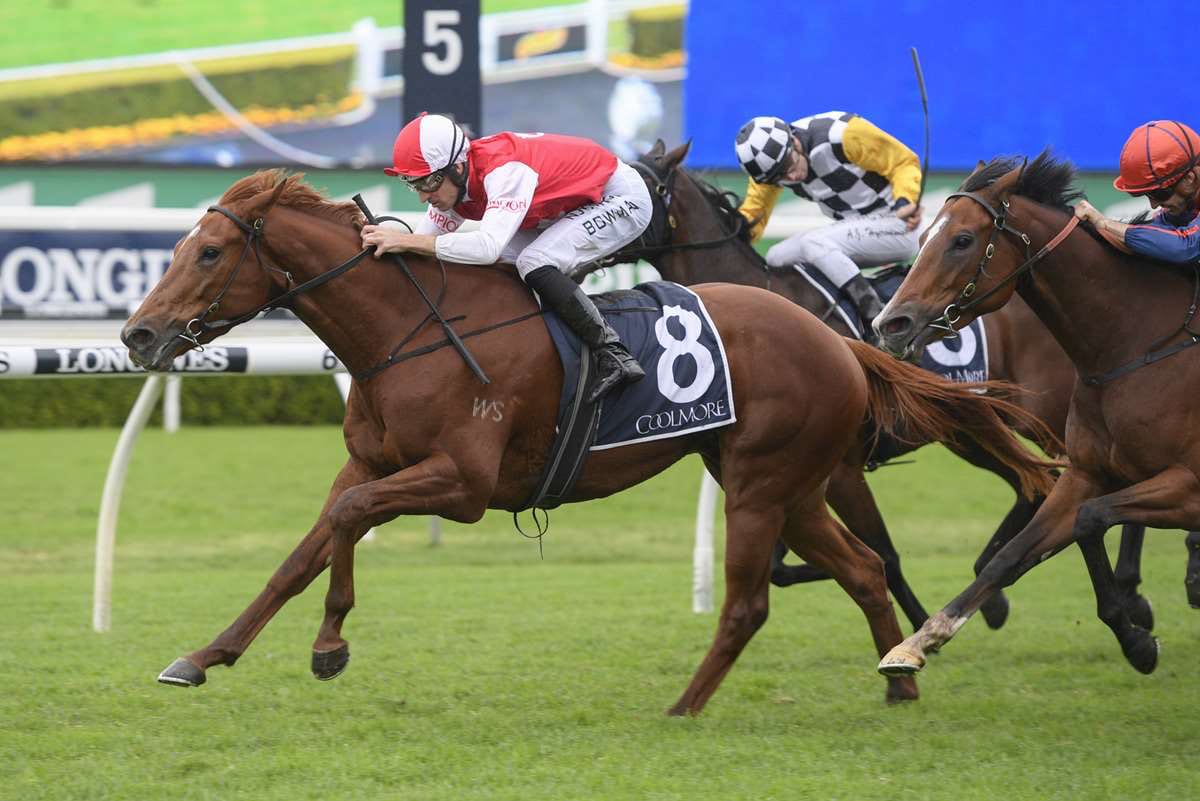 Waikato Stud-based stallion Ocean Park was in the headlines again on the weekend after his three- year-old son Opacity took his career record to four wins from just six starts with an impressive victory in age-group company at Randwick on Saturday.

The John O’Shea-trained gelding was having just his second start back in a new campaign when he doggedly held out a late charge by race favourite Miss Einstein to take out the 1500m contest on a testing Heavy8 surface.

The win evoked memories of another son of Ocean Park in the Chris Waller-trained Kolding for the mixed group of Australians and New Zealanders who are in the ownership of Opacity. That group includes Australian syndicator Champion Thoroughbreds and its principal Jason Abrahams, who purchased Opacity for $70,000 from the Landsdowne Park draft during Book 1 at the Karaka Yearling Sales in 2018.

The Chris Waller-trained Kolding won the equivalent race in 2019 and then went on to take out the Group 2 Queensland Guineas (1600m) before finishing his four-year-old spring campaign with victories in the Group 1 Epsom Handicap (1600m) and the rich A$7.5million Golden Eagle (1500m).

Abrahams and O’Shea had been plotting a similar path for Opacity before a late start to this campaign and major changes to the Queensland Winter Carnival threw a spanner in the works of their initial plan. “He (Opacity) is building up a really nice record now and he is a very genuine type of horse,” Abrahams said. “It’s just a shame there isn’t a decent carnival in Brisbane for him to target. “He is probably just a little bit behind the eight ball for the winter as he got going a little later after his first prep, so we are chasing our tails a bit.

“He is a difficult horse to place at the moment as he will either be at the top of the Benchmark 78 grade where he will carry plenty of weight or he has to go up to a Benchmark 88 against the better older horses. “He is full of promise though and if it doesn’t happen for him in the next six months then he should be ready to shine this time next year.”

Abrahams admits Opacity’s rating conundrum could see him miss a start in races like the Epsom Handicap and Golden Eagle, which would be disappointing, but he is realistic that the long-term outlook for the horse holds plenty of promise. “There are not many options for him at the moment although it is a nice problem to have with such a promising type on our hands,” he said. “He probably won’t have a high enough rating to get into those big races in the spring so we may have to duck and weave a bit and maybe look at races like the Doncaster (Group 1, 1600m) in the autumn.

“He looks like a type who will get further than the mile as he was very dynamic winning over 1900m in his last prep. “Up to 2000m will hold no fears for him although he isn’t built like a typical stayer as he is quite muscular and wider than the normal staying type. “I think at the mile and 1800m it will be right in his wheelhouse. “He really is an interesting horse as he has a great nature and is trouble free. He wouldn’t know what a vet looks like as he just so, touch wood, sound. “We have a couple of Ocean Park’s and they are both the same.”

Abrahams is a fan of the New Zealand-bred product having sourced horses from the annual Karaka sales over a number of years including the multiple stakes winner Kuro who was also Group 1 placed in the 2015 Group 1 The Galaxy (1100m). “A lot of the owners in Opacity are kiwis and we love coming over to New Zealand at sales time,” he said. “We are competitive in the market there and we picked this guy up for NZ$70,000 which made him a straight forward horse to buy as he stood out physically and it wasn’t hard to get a group together to buy into him at that price.

“I think the Karaka complex is the best in the world and each year when you look at the results around Australia you see so many kiwi-breds figuring heavily. “The kiwi farms bring their best horses to the sales so you are spoiled for choice. “We bring a group over every year and the hospitality is amazing so when you get people in that environment, it is a pleasure to look at the horses and to work from there.”