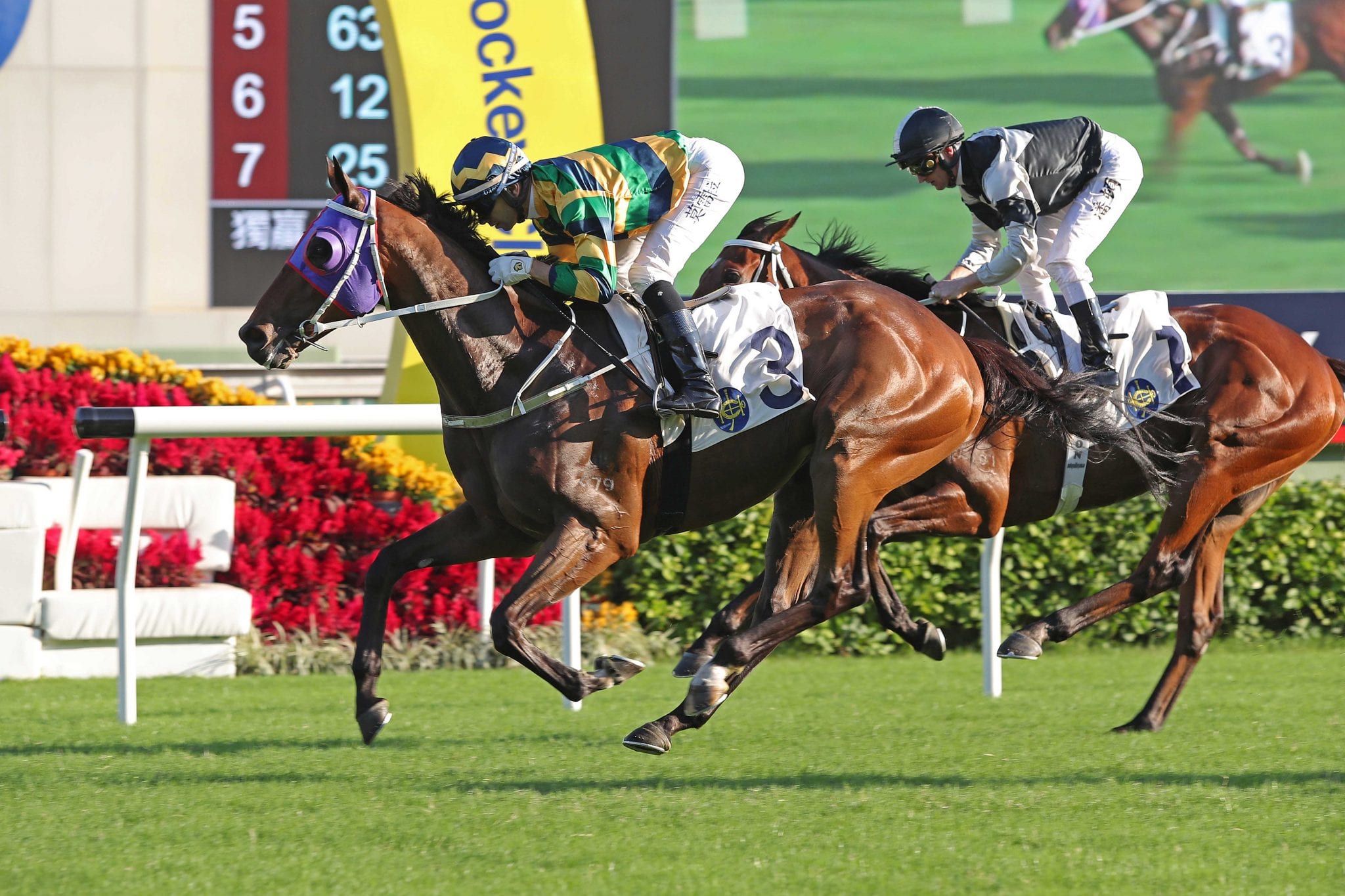 A classy win by Furore today proved his second-up success over Exultant was no fluke as he did it again to lead home a one-two for trainer Tony Cruz in yesterday’s (Sunday, 22 November) HK$4.5 million Group 2 Jockey Club Cup (2000m) at Sha Tin.

Furore ended a 19 month winless streak last start, in the Group 3 Sa Sa Ladies Purse Handicap (1800m), when he overhauled his five-time Group 1 winning stablemate and today he repeated the dose – once again as second favourite to Exultant.

Today’s clash however, is the pair’s final for the calendar year and it served as a preview of the strong hand that Cruz holds ahead of December’s LONGINES Hong Kong International Races, as the handler confirmed his duo’s respective targets at Sha Tin’s HK$95 million showcase.

“I’m glad they’re not in the same race – Exultant will be in the Vase and Furore will be in the Cup,” Cruz confirmed, “we’ll go straight into the International Races with them – we are ready.”

Today, Brazilian ace Joao Moreira had Furore in a forward position, following the third of Cruz’s three, Time Warp (128lb) throughout the race before peeling out to hit the lead aboard the 2019 BMW Hong Kong Derby winner for a comfortable Group 2 success with plenty left up his sleeve.

“Time Warp was drawn one, and Furore was drawn three, I said just follow him – everything all went to plan,” Cruz said.

The win today was Cruz’s fifth Jockey Club success – his first came with Hello Pretty in 2006, but it was Moreira’s first, who earlier, claimed a second Group 2 Jockey Club Sprint (1200m) victory with Hot King Prawn.

“He travelled very kind, he had the cover that we were hoping for and the pace was quite genuine and when I gave him a clear run, they started to come back and he just kept running and showing his quality.

“He ran away to win very impressively and easy – I can say that he crossed the finish line with plenty left in himself, it gets me so excited for the big day in December,” Moreira said.

Moreira takes his record to two pairings for two wins aboard the bay gelding and he is looking forward to a third in the HK$28 million 2000m contest on 13 December.

“I have just done my job, which wasn’t very difficult – good horses make jockeys’ lives much easier and I just haven’t got a word to describe the feeling of being on board such a nice horse leading up to the big day in December,” Moreira said.

Furore’s win was the gelding’s fourth, and second in seven runs for handler Tony Cruz, who is aiming for an 11th success at next month’s Hong Kong International Races.

“The horse had some issues, so once you sort that out, it’s a different horse altogether,” Cruz admitted.

Moreira credited Cruz for the gelding’s current run of form: “I’ve been asked what the key about this horse is but there is no key, I just got on him at the right time, he’s flying and he’s shown how much class he has got and how well Tony Cruz has got him going at the moment,” he said.

One-time Derby aspirant Columbus County (123lb) finished off nicely for third after switching for an outside run, while Dances With Dragon (123lb) filled fourth with a further two and a quarter length break to the rest.

Moreira’s win on Furore was the third of a running treble as the Brazilian ace previously kicked off his three with Hot King Prawn in the Group 2 Jockey Club Sprint before the Caspar Fownes-trained Winning Delight charged home to land the Class 2 Victoria Park Handicap (1800m).