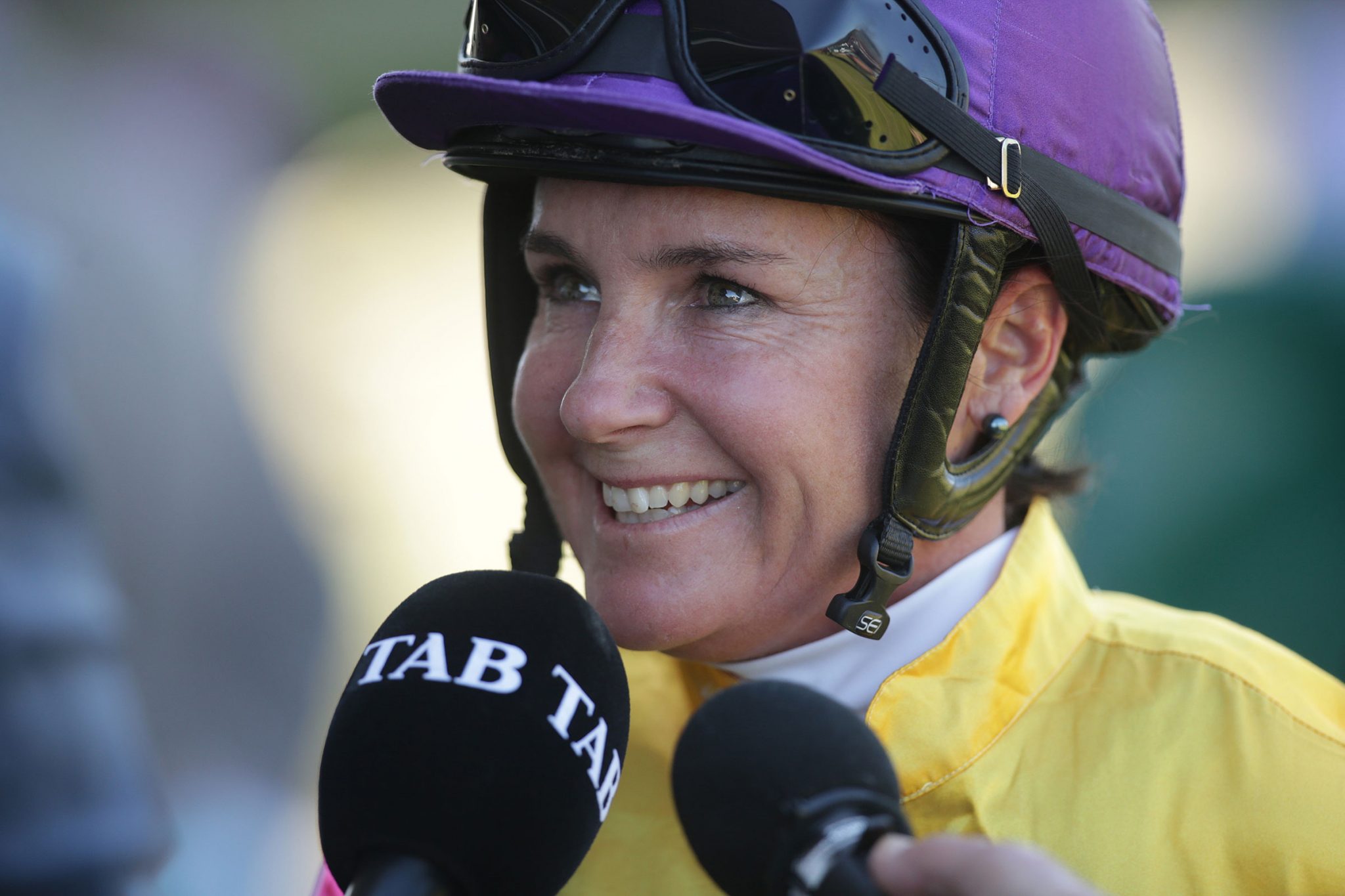 Less than a month into the new racing season and leading New Zealand rider Lisa Allpress is right where she wants to be at the head of the National jockeys’ premiership.

Allpress has already ridden eight winners in August and is feeling fit as a fiddle as she sets her sights on another productive year in the saddle.

That feeling is in stark contrast to how she was placed twelve months earlier, in excruciating pain on a daily basis due to the deterioration in her right hip joint which provided her with limited movement and was severely hampering her riding and her quality of life in general.

Allpress went under the surgeon’s knife on August 24 last year for a full hip replacement, which was a total success, and she hasn’t looked back since.

“At this time last year, I could hardly walk as my hip hurt so much and I was just trying to get through each day on a combination of painkillers, massage and sheer bloody mindedness,” Allpress said.

“My hip had been getting worse and worse over the previous few years, to the point where I didn’t realise how badly I was limping until I saw a video taken of me one day.

“I went and saw the surgeon and told him I just wanted the pain to go away, so he organised for the hip replacement surgery as soon as he could get it done.

“I went under the knife in late August and was back riding by early October, completely pain free.

“I just couldn’t believe how good it felt to not have that pain every minute of the day.”

Allpress wasted no time in getting into the groove, riding a winner for trainers Johno Benner and Hollie Wynyard on her first day back and eventually ending up with 90 victories for the season and third place on the premiership behind runaway winner Danielle Johnson.

“Once I felt good, it was a matter of getting on some fast horses and I was lucky enough to do that,” she said.

“I obviously had that slower start, but I made good progress and finished off strongly which was really pleasing.

“I’ve managed to take that momentum into this season and hopefully when the current COVID-19 lockdown eases I can keep that up.”

Like most New Zealanders, Allpress is keen to see life, in general, go back to normal as quickly as possible after the current COVID scare, especially as she has a possible international adventure in the pipeline for later in the year.

The opportunity came about after she became the first female jockey to ride a winner in Saudi Arabia when successful at Riyadh during an international jockey’s challenge in February last year.

“After I had that win in Saudi Arabia, I was approached to participate in a concept called the Jockeys’ World Championship that was being put together by a British group,” she said.

“The full details are still being worked on and have been mucked around by the COVID situation worldwide, but basically it was a six-part challenge with some of the best jockeys in the world competing in six different countries.

“I think the first leg was supposed to be in South Africa in November this year and then the next was going to be in February.

“I would love to be involved as it would just be so exciting to be a part of that on the world stage, so I have my fingers crossed it will all come together.”

While Allpress is happy enough to put that dream on hold, she is keen to get spring racing underway and the thrill that comes with it as a new crop of younger horses make their way on to the scene.

“I’m really looking forward to the spring and riding the new horses that come along,” she said.

“I ride a lot for Johno Benner and Hollie Wynyard and they have some really nice types in their team.

“They are just tremendous horse people, who educate their horses so well and it is a pleasure to ride for them.

“One of their up and comers is a horse called Hoodlum who hasn’t been to a raceday yet. He has had a few niggling issues, but I won a trial on him earlier in the year and he gives you a tremendous feel.

“Bryce Newman has a lovely unraced Proisir filly that I have also ridden and I think she could be another that will make her mark fairly quickly.”

While she waits for the national all clear to resume racing, Allpress is keeping busy around the Whanganui property she and husband Karl and their two boys operate.

“I guess there is some upside to the lockdown as there have been a few jobs around the house that we’ve got to, that have been waiting to be completed,” she said.

“I spent all of Saturday landscaping the garden and now I need for a few shops to open so I can get some more shrubs.

“We cleaned the windows and Karl, I and the boys have about two kilometres of new fencing to put in next week, which will be a big job.

“We are lucky in that we have the ability to be outside here and still in our bubble so that is good, but I can’t wait to get back riding again as soon as I can.”