Frontman back on top at Tauranga 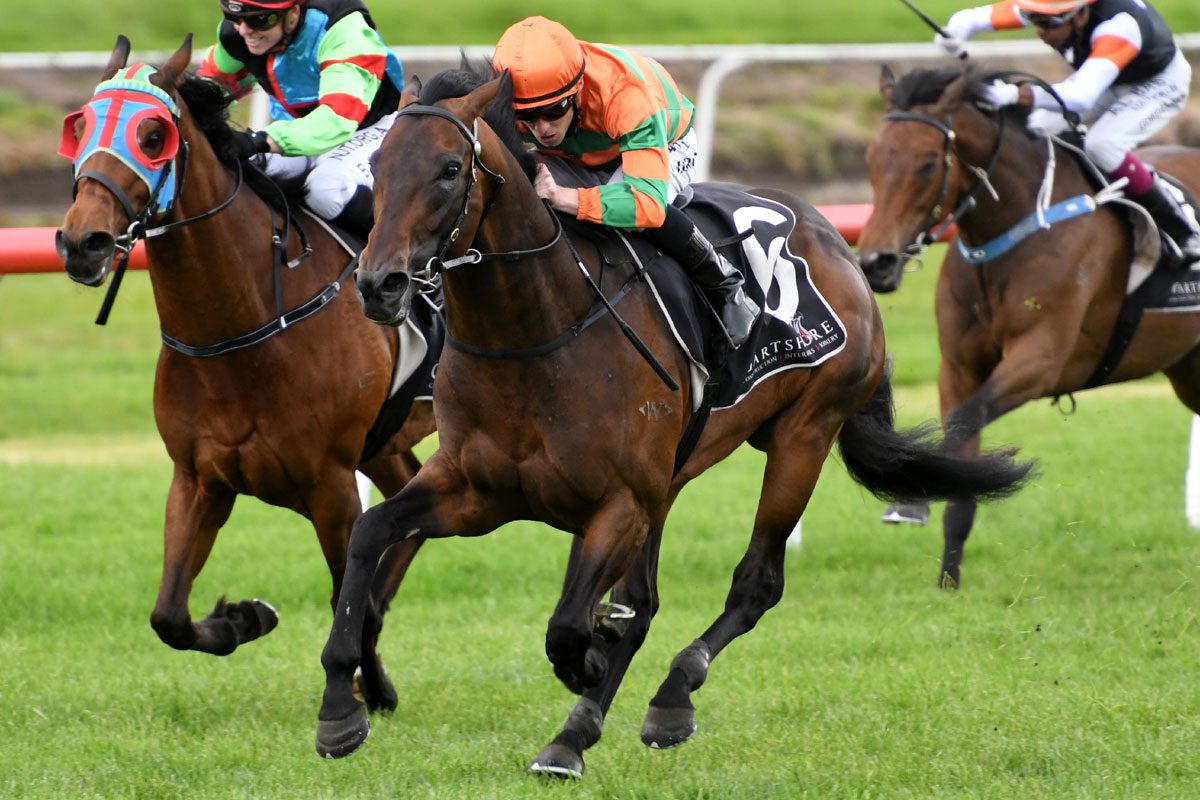 Promising galloper Frontman cast aside a disappointing run at his last start when he showed his true class with an outstanding victory at Tauranga in the Listed PRH Transport Trophy (1600m).

The four-year-old entire had disappointed when he could only finish third in the Listed Matamata Cup (1600m) earlier in the month when sent out a warm +170 favourite.

Trainers Murray Baker and Andrew Forsman allowed the son of Makfi time to get over that run and he paraded in excellent order for Saturday’s contest.

Rider Matt Cameron allowed Frontman to find his feet in the early rush for positions before sneaking into contention against the rail approaching the home turn.

Just as pacemaker Crystallize looked to have the race in safe keeping after kicking clear around the home corner, Frontman appeared in the middle of the track and ran him down in the final stages to bring up career win number three and his first at stakes level, to go with his Group One placing in last season’s New Zealand Derby (2400m).

Forsman, who was at home in Cambridge preparing to watch quality four-year-old Aegon tackle the AUD$7.5m Golden Eagle (1500m) at Rosehill later in the day, was delighted with the performance by Frontman.

“It was good to see some speed on in the race as he had the opportunity to settle back and finish off strongly,” Forsman said.

“The track was similar to the one he didn’t really enjoy last time out, so there were some concerns there, but in the end, he got through it which was what we needed from him.”

Forsman will now discuss the options for Frontman with Baker and his owners, with the option of a trip to Christchurch to contest the Group 2 Coupland’s Bakeries Mile (1600m) at Riccarton on November 10 a possibility.

“We ran him today to see if we could keep the Coupland’s option open for him,” he said.

“If he was to go down there, he would be on a flight next week, but we will need to have a good think about it.

“There are a lot of things to think about including how we get staff there with the whole COVID situation, so I wouldn’t say it is a guarantee we will take him there.

“We really just want to give him a good solid prep and if he shows us enough, then there will also be the option to take him to Sydney in the autumn.”

Frontman is out of the Zabeel mare Imposingly and is the younger sibling of the stable’s two-time New Zealand Horse of the Year and triple Group One winner Bonneval, and Group Three winner Imposing Lass, who was prepared by Baker’s son Bjorn.

The prolific mare is also the mother of the Baker-Forsman trained Group Two winner Lord Arthur and Group Three winners Full Of Spirit and Lady Cumquat.

Unfortunately for Forsman, Aegon never threatened in the Golden Eagle after drawing an outside barrier and being ridden at the back of the field throughout.

The race did prove a triumph for the New Zealand breeding industry with private purchase Kiwi import I’m Thunderstruck, a son of Rich Hill Stud-based stallion Shocking, storming to victory, his sixth win from just 9 starts.