Friends combine with All Saints’ Eve 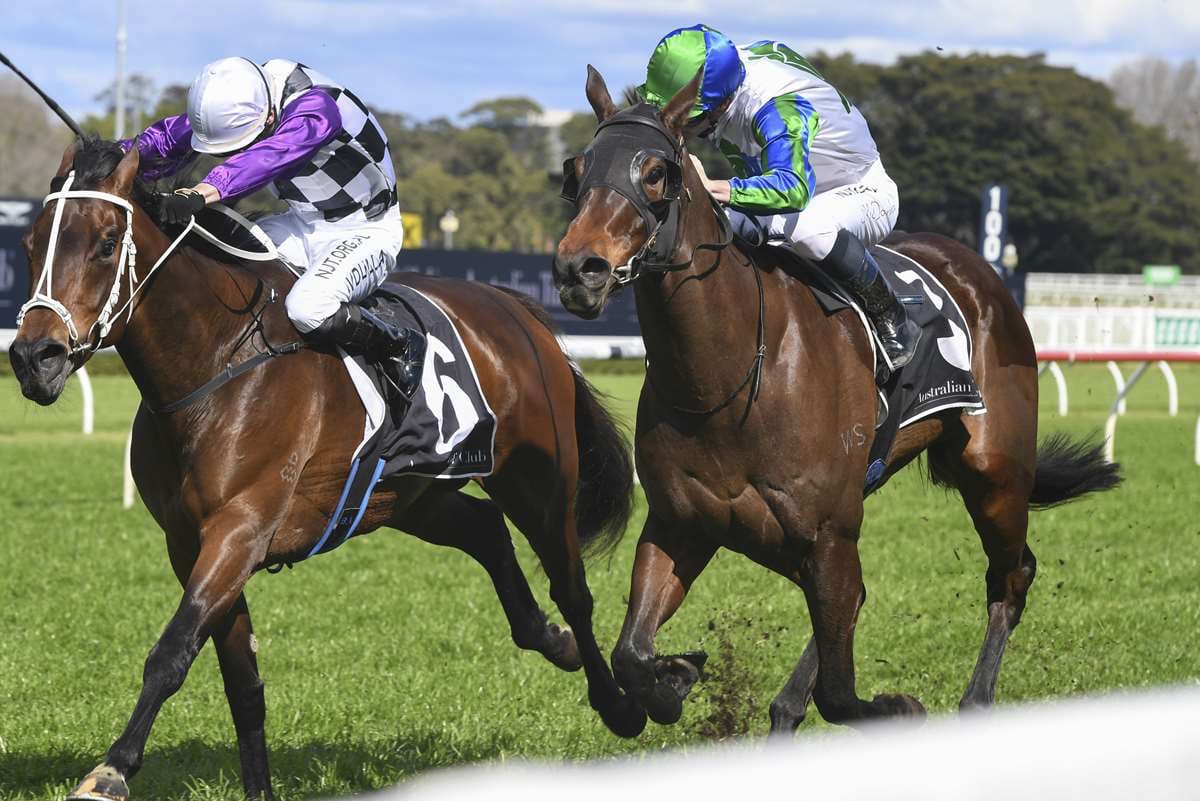 Talented mare All Saints’ Eve recorded a hard-fought victory at Randwick over 1400m on Saturday, the third career win for the daughter of Sacred Falls from seven starts to date. Prepared by John O’Shea, All Saints’ Eve sports the colours of Waikato Stud, with Mark and Garry Chittick sharing in an ownership group that features Rosemont Stud in Victoria and O’Shea’s wife Isabel.

Stakes-placed at three when third in the Group 3 Kembla Grange Classic (1600m) in March this year, All Saints’ Eve will now be aimed at the Group 3 Tibbie Stakes (1400m) at Newcastle on September 18. “It was really exciting on Saturday, there’s a good relationship with the owners and trainer, John O’Shea,” Waikato Stud’s Mark Chittick said.

“John and I have been mates for a very long time. “This resulting filly started in a little breeding partnership formed years ago and since then the dam has left a Group 1 winner and now we have this promising filly and we’ve got a younger sister with John and he rates her quite highly. It’s been a lot of fun and pretty successful.”

All Saints’ Eve is out of the Encosta de Lago mare Halloween, who was purchased by Waikato Stud for just $11,000 at the 2013 New Zealand Bloodstock May Sale at the insistence of O’Shea. The mare subsequently left Group 1 New Zealand 1000 Guineas (1600m) winner Hasahalo and her full brother by Savabeel, Hasabro, who was fourth at Group 2 level.

“John’s always had a high opinion of All Saints’ Eve and she’s already got the black type with a stakes placing,” Chittick said. “James McDonald’s (jockey) comments after the race was that it was more like a 1600m race and she was tough in holding on. “Trainer and rider both said she might need a little bit of a break between runs before she goes again. “It’d be really nice to see her at a true mile and on top of the ground in the future and there’s a bit of chat that she might even get out to 2000m. “If we could get that bold type with her being a half-sister to a Group 1 winner already it sets up a long future.”

While Isabel O’Shea and Waikato Stud were the breeders of Hasahalo and another two foals, good friend Anthony Mithen of Rosemont Stud entered the fold when John O’Shea took the reins as head trainer at Godolphin for three years between 2014 and 2017.

“When John made the move to Godolphin that’s when Anthony became involved in the mare and she left a Group 1 winner in Hasahalo who won the Guineas,” Chittick said. “As the mare bred on, and she was a good breeder, we had the two Sacred Falls fillies and said let’s keep both of them and stay half shares in both of them and John can train them. “They’re both already good fillies to breed out of so any result we get on the race track like Saturday adds to the whole family and adds to the success of the whole job.”

Halloween died last year but has a weanling colt by Waikato Stud’s champion sire Savabeel, a full sibling to Hasahalo who was sold to the China Horse Club as a broodmare prospect for $670,000 via gavelhouse.com in March of this year.