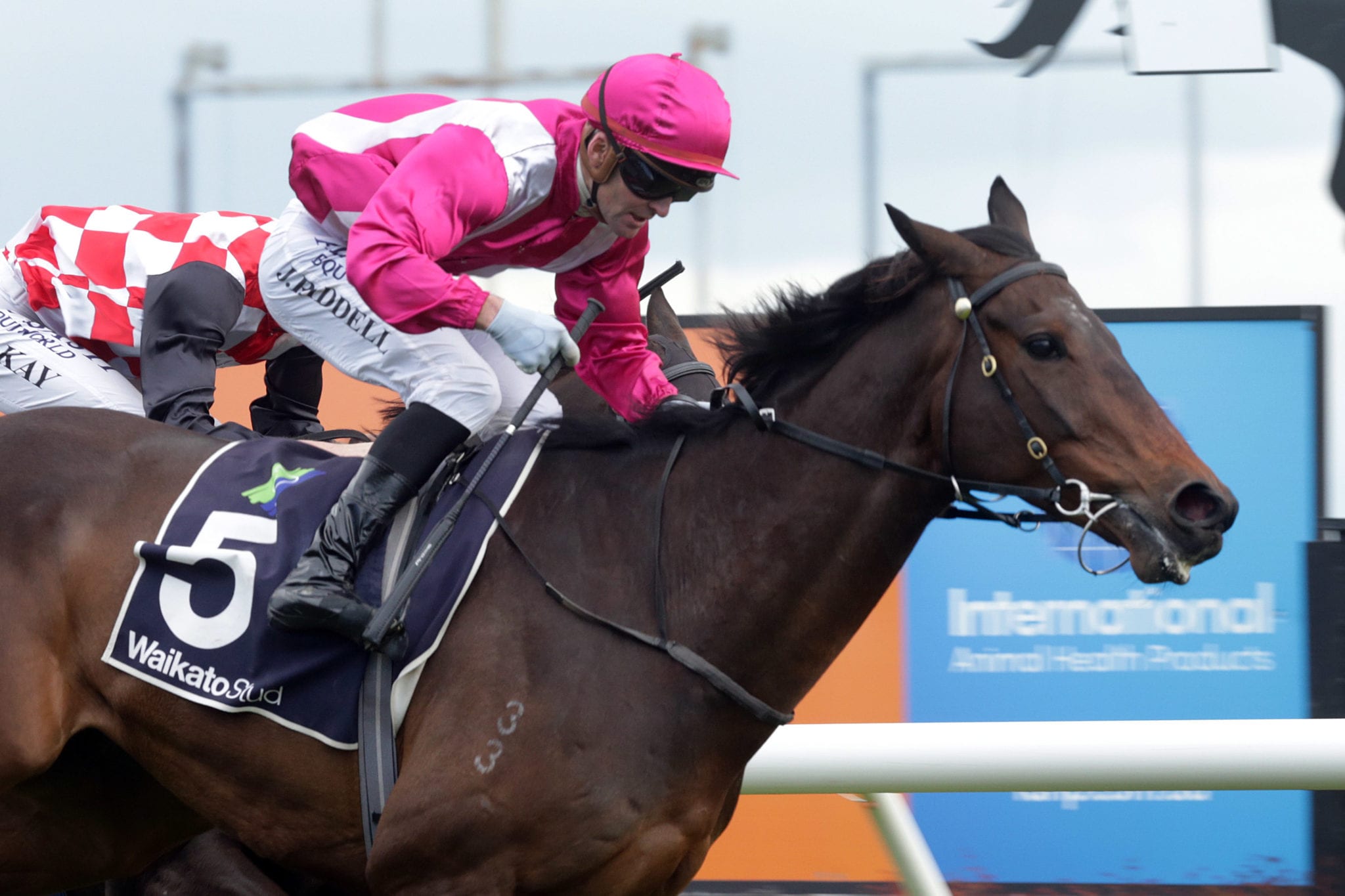 Talented Cambridge galloper True Enough has made the perfect start to a new campaign, scoring a smart first-up win in the Group 3 Red Badge Spring Sprint (1400m) at Hastings on Saturday. The son of Nom du Jeu had won six of his 15 starts in previous campaigns, placing in another six including a third behind Volpe Veloce in the Group 2 Japan-NZ International Trophy (1600m). All but one of those previous victories had come over longer distances than Saturday’s 1400m. But in his first start since March, he produced a potent sprint to claim the biggest win of his career to date.

True Enough was brilliantly ridden by Jonathan Riddell, who moved him across to the rail in fifth position behind The Mitigator, Dawn Patrol, Deerfield and Stradivarius. Riddell angled True Enough off the back of The Mitigator in the straight and let him rip. The Mitigator showed plenty of fight, but True Enough wore him down and edged past to win by half a length. “He’s such a genuine horse,” co-trainer Andrew Forsman said. “He just keeps stepping up every time we raise the bar. “He’d run well in a couple of trials leading into this, so we were hoping he could sprint well fresh today. To be fair, it was the ride that won him the race. Saving that ground was key.”

Bred and part-owned by octogenarian Mick Preston and wife Valda, True Enough has been lightly raced and could be in for his biggest season at the age of six. He is nominated for next month’s Group 2 Coupland’s Bakeries Mile (1600m) at Riccarton, for which he is now rated an $18 chance. He may attempt to follow in the footsteps of Te Akau Shark, who won both the Spring Sprint and the Coupland’s Bakeries Mile last spring. “He’s just a really brave competitor,” Forsman said. “I think he’s started to race a little bit more truly now. Early on, when he was coming up through the grades, he tended to hit the front and look around a bit. “The type of horse that he is, I think stepping up to 1600m and 2000m should be no worry for him at all.”

The Mitigator’s runner-up performance held plenty of merit after working hard in the lead through the early part of the race, while Hanger made up good ground late in the race to finish third.