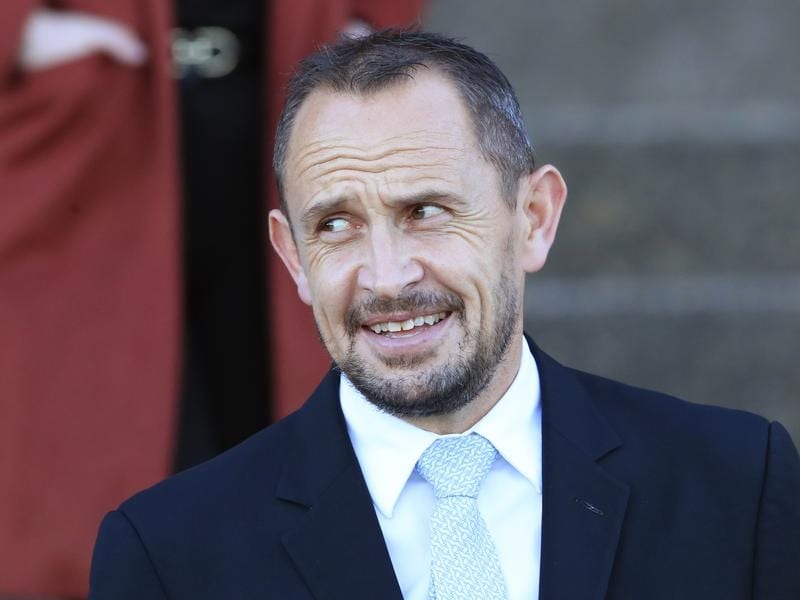 The Waller-trained Hungry Heart got Frankel on the board with her Sweet Embrace Stakes victory during the autumn, going on to finish fifth in the Golden Slipper.

While better known for producing later maturing horses, Finche and Miss Fabulass his other Australian black-type winners, Frankel is showing his locally born progeny also have some versatility.

Yangtze Rapids will chase his first win in the [email protected] Handicap (1400m) on Saturday after a closing debut third to favourite Acrophobic at Warwick Farm last month.

Jockey Hugh Bowman expects the colt to follow a path typical of the Frankel progeny and improve with maturity but says he has enough raw ability to rise to the occasion at Randwick.

Bowman had a close-up view of Yangtze Rapids on Tuesday when he rode the youngster’s galloping partner and rival Achiever in a workout.

“I actually rode the stablemate on Tuesday morning, they worked together and they worked pretty evenly,” Bowman said.

“Both went to the line hard-held and I couldn’t say which one worked better but I’ve got a nice feeling about this Frankel colt.

“He is still a bit raw but he is a very strong horse, he’s not lacking physically.”

The two-year-old racing in Sydney continues to be strong with fewer youngsters making the annual pilgrimage to Queensland due to the state’s reduced carnival offering as a result of the pandemic.

Yangtze Rapids is a $7.50 chance in a race which has listed six of the 10 runners at single-figure odds.

Achiever, to be ridden by Brenton Avdulla, is also in commission at $9.