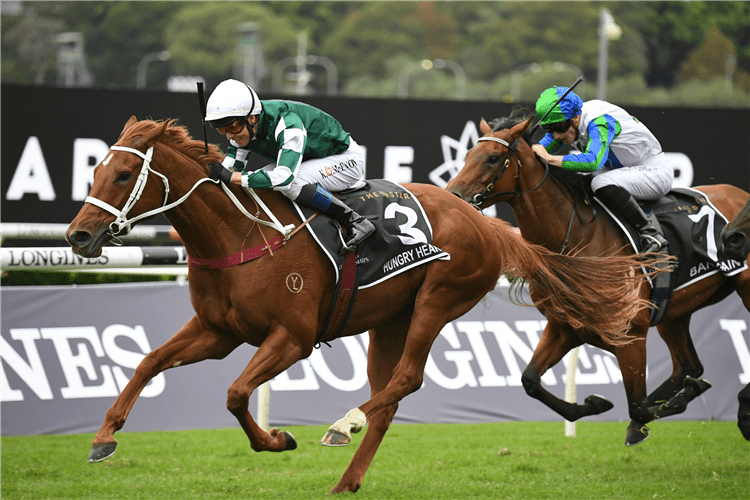 Chris Waller has described Hungry Heart as a special filly after she outclassed her opponents to give Kerrin McEvoy his first Group 1 Australian Oaks victory at Randwick.

Her triumph was another masterful feat by Sydney’s dominant trainer, who prepared her for a Golden Slipper campaign as a juvenile and nursed back her confidence after a winless spring.

The filly has blossomed this preparation to win her past three starts, including the Group 1 double of the Vinery Stud Stakes (2000m) and Saturday’s Australian Oaks (2400m).

Her victory gave sire Frankel a stakes double on the second day of The Championships after his son Converge took out the opening race.

“To be up there running in the early two-year-old races and now to be coming back and not just winning the Oaks but two Group Ones in the space of two weeks, it’s a big deal,” Waller said.

“She is a very special filly with an international pedigree and I’m very proud of her.”

In a slowly run race, McEvoy settled Hungry Heart within striking distance and she surged to the front and quickly had the race in her keeping to score by 1.25 lengths from the fast-finishing Duais and Bargain.

Edward Cummings, trainer of the runner-up, said the moderate tempo was against his filly.

“She has absolutely run her heart out and done us proud,” Cummings said.

“She has had a long preparation and it nearly culminated in a dream result.”

Harmony Rose started favourite and enjoyed an easy lead but jockey Josh Parr said she failed to stay, while Opie Bosson felt New Zealand filly Amarelinha had reached the end of her campaign.

“She enjoyed a good run. Just came to the end of it this prep,” Bosson said.