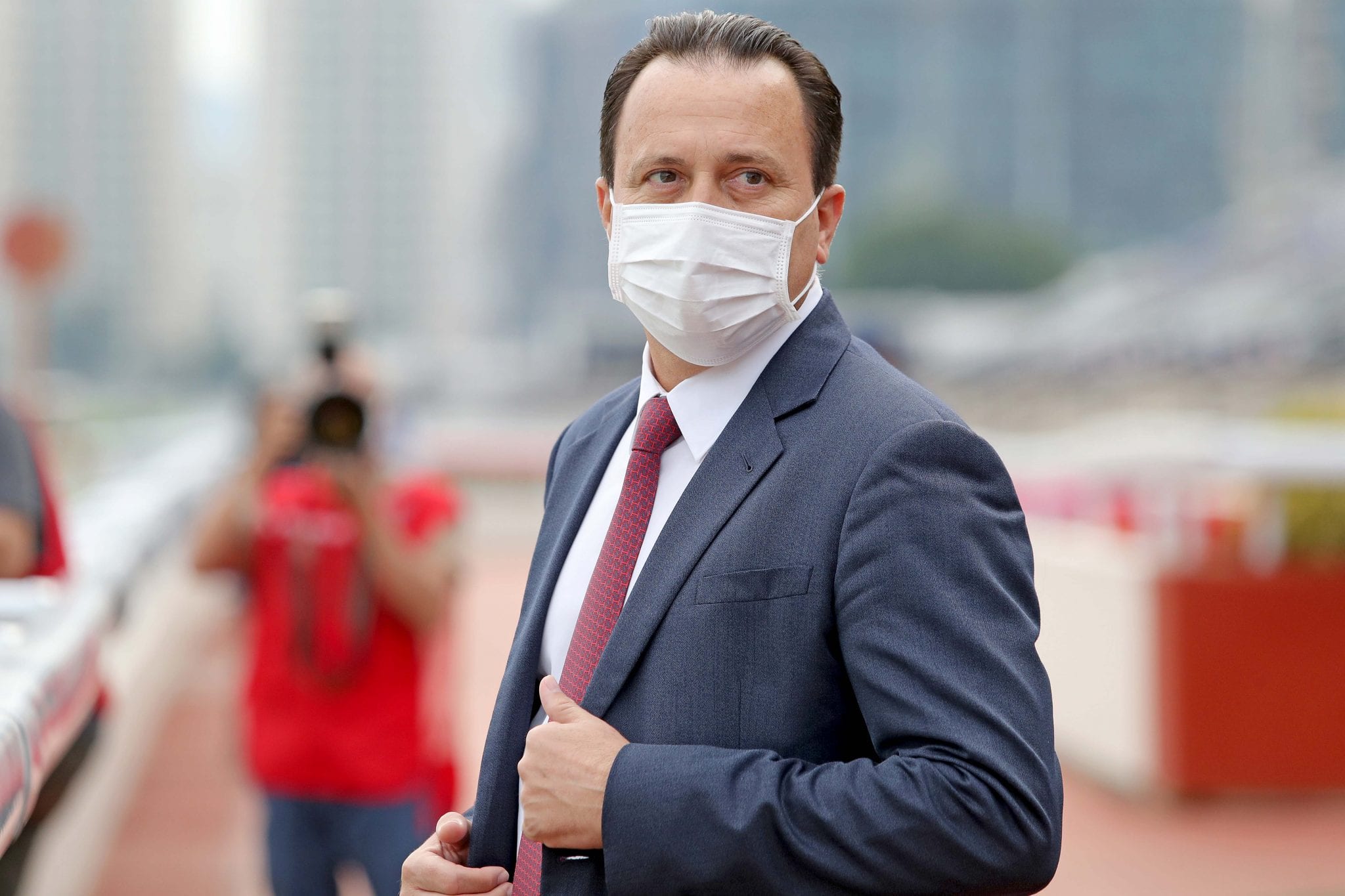 Trained in Australia by Greg Eurell, Propice raced as Ilovemyself in a two-start career pre-import, winning the Listed Festival Handicap (1000m) at Flemington Racecourse before failing (sixth of eight) on slow going in the Group 3 Pago Pago Stakes (1200m) at Rosehill Racecourse in March, 2020.

After landing in Hong Kong on 24 August, 2020, Propice has trialed twice in his new surroundings, closing strongly to finish second to The Abraxas over 800 metres at Sha Tin on 27 October.

He tuned up for tonight’s contest with an eye-catching second behind subsequent debut winner Harmony N Blessed over 1000m at Happy Valley on 13 November. “I was happy with his trial, he was back and covered ground, stayed on nice,” Fownes said.

“Again, it’s so tough with these horses. They come in on a rating of 77 after two (Australian) starts, they’re coming into the toughest jurisdiction in the world to compete at. “I think he’s got what it takes. Hopefully, we’ll get to 100 but, again, it’s tough.”

Leading the trainers’ championship with 30 wins, Fownes is cautiously optimistic Propice can add to the stable’s burgeoning tally.

“We decided to go to Happy Valley, he trialed well over there, he trialed good and he’s come up with a good gate – gate four – there looks to be some beautiful speed on so we’ll just sit where he’s comfy and hopefully have last crack at them,” he said, acknowledging the difficulty of successfully helping fresh young talent to acclimatise.

“We’re not debating his ability, we’re not debating where he is, but it’s still tough,” Fownes said. “In the long-term, we’ll get him right and I’m sure he’ll do his job. “He’s the type of horse I honestly think would run a beautiful 1400 metres, maybe even a mile the way he is. He’s so laidback.”

Karis Teetan will partner Propice (130lb), confident of the gelding’s talent but resigned to a “tough task”. “He’s been trialing good, I was pretty happy with his trials at Happy Valley,” Teetan said.

“He seems like a nice little horse with some ability. “He handled it (Happy Valley) pretty well and normally when they handle it like that…it seems like he’s coming on fast.”

Teetan returns from a two-meeting suspension this Wednesday and currently sits third in the jockeys’ championship table with 23 wins.

“It’s going be a tough task, of course,” Teetan said.

“Those Class 3 1000 metres (races) can be very hard to win and you need a very sharp horse underneath you and it’s going to be something good for him and it’s going to actually wake him up, this race – by saying that, he’s ready enough to go to the races and be competitive.”

Propice is one of four stable representatives for Fownes. The others are Jolly Forever, Champ Patrol and Green Reign, who Teetan also pairs with in the final race, the Class 3 Harbour Handicap (1200m), after being promoted into the contest following the withdrawal of the Frankie Lor-trained Ares.

Three-time champion trainer Fownes, has savoured doubles at the past two meetings, notching his 500th Happy Valley winner on 25 November.

He is delighted with the progress of Sunday’s (29 November) Sha Tin victors Sky Darci and Enrich Delight, who both look set to contest the HK$12 million Hong Kong Classic Mile, the first leg of the Four-Year-Old Classic Series, on 24 January, 2021.

“It was beautiful to see Sky Darci step up from six (furlongs) to a mile and get the job done and the other young horse (Enrich Delight), obviously the Four-Year-Old Series for both of them,” he said.

“It was a really good win (by Enrich Delight). “It could have been a soft win, actually, if things worked out. He’s a little bit of a finicky eater, so if we can just get him right, he’ll run on International Day in the mile and then I’ll back off him and go to the series.

“I said to my boys here ‘I think we’ve got the depth here with some good horses’ but, like anything, they need to be counted. They can look good on paper, but they (sometimes) just don’t produce – we just need to keep going.”

Frankie Lor will saddle course specialist We The South (127lb) in the Class 3 Fleming Handicap against Propice, and is hopeful the son of Your Song can notch a third consecutive win over the 1000m at the city circuit with Joao Moreira in the saddle.

“I think Happy Valley, 1000 (metres) is really good for him and the draw (gate seven), I think Joao will handle him,” Lor said. “He looks like he can still improve a little bit, but we’ll see tomorrow.”

Moreira indicated We The South’s trademark speed will again remove tactics from the equation. “Very speedy horse, he has always been that way,” the Brazilian said.

“I was very blessed to be on him two starts ago when he won. He dropped me off in the parade ring… it’s a love-hate relationship, that’s a nice way to describe it.

“The race itself, he did it in such a professional way and I can’t see him doing anything different this time – he’s likely to jump, go forward and ‘catch me if you can’.”

Nursing a 17-win lead over Zac Purton in the Jockeys’ Championship after boosting his seasonal tally to 45 with a Sha Tin treble on Sunday, Moreira has seven mounts on Wednesday at Happy Valley.

Apart from We The South, Moreira also partners Chung Wah Spirit, Star Win, Ready Conqueror, Champ Patrol, Kinda Cool and Scores Of Fun, the latter Moreira expects can rebound from a narrow defeat by pressing for victory in the Class 3 Harbour Handicap (1200m).

“He was only beaten last time for not having had the experience at Happy Valley,” Moreira said.

“He was actually looking around a little bit. He wasn’t sure what racing was about and so he holds back a little bit just for not being sure what he was there for.

The lightly raced chestnut has two wins from five starts, and is now rated 70 after kicking off his career last term with a debut win off a mark of 52. He arrived in Hong Kong as an unraced PPG (Privately Purchased Griffin).

“Having a bad experience actually gives me confidence he’s now going to do better and he just needs to go one better to get himself where we want him to be, which is to win.

“He is a nice horse, he does things right, very straight forward and he’s one of those (whose) rise is just about to come.

“I’ve been on him a couple of times in his trackwork and slow work and it’s just a matter of time until he puts it all perfectly together again,” Moreira said.