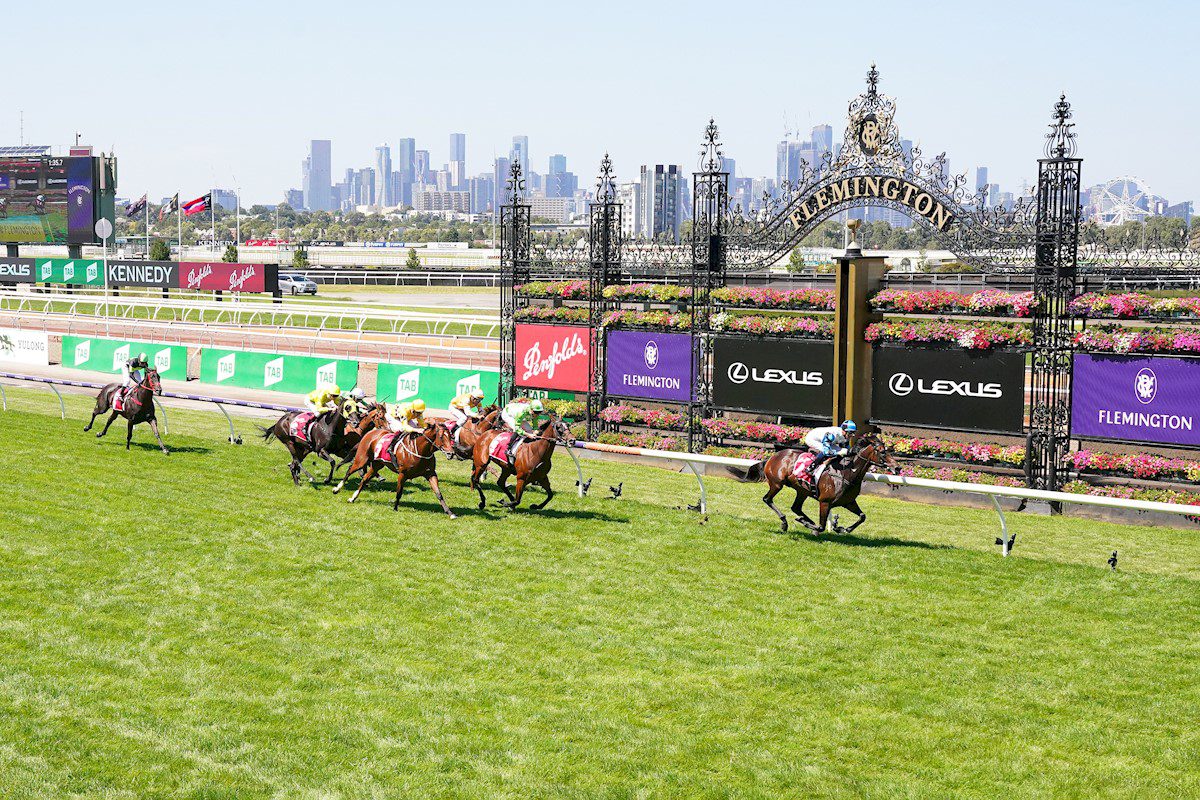 Race-favourite Flying Mascot was too good for them in the Group 3 Matron Stakes (1600m) at Flemington on Saturday.

Trainer Tom Dabernig continued his good run of late with victory in the mare’s event. The win came after the daughter of Tavistock was able to take out the Group 3 Mannerism Stakes (1400m) at Caulfield last start. The talented mare has now won six races from 13 starts and has amassed over half a million dollars in prizemoney.

Jockey Blaike McDougall was able to give his mount a nice run in behind the leaders before peeling out coming around the home turn ensuring the mare was able to keep her momentum going.

Flying Mascot hit the front early in the straight to go on to score by two lengths from the Michael Kent-trained Groovy Kinda Love in second spot.

Dabernig has taken it slowly with his four-year-old mare and is seeing the benefits of that patience.

“She was impressive,” Dabernig told Racing.com after the win.

“We’ve tried to progress her gradually.

“She only had four runs in the Spring, and this is only her third run in the Autumn.

“She keeps improving. I think she’s a very good miler and I think there’s probably better to come.”

“The plan has always been to, in 13 days, to look at Moonee Valley,” Dabernig stated.

“There’s a Group 2 mares called the Sunline and then I think we’ll get probably a bit more ambitious in the Spring.”

McDougall was impressed with his mount when speaking after the race.

“She’s a dream ride for any jockey. She just jumps and travels,” he said.

“She’s a lovely mare, she’s quite progressive. We keep raising the bar every start, she keeps stepping up. She was quite dominant then.”

McDougall indicated that the mare has the ability to go well beyond Group 3 level.

“Me and the team, we thought she’d be competitive in the All Star Mile,” he declared.

“She’s probably a prep away at targeting the bigger races.”