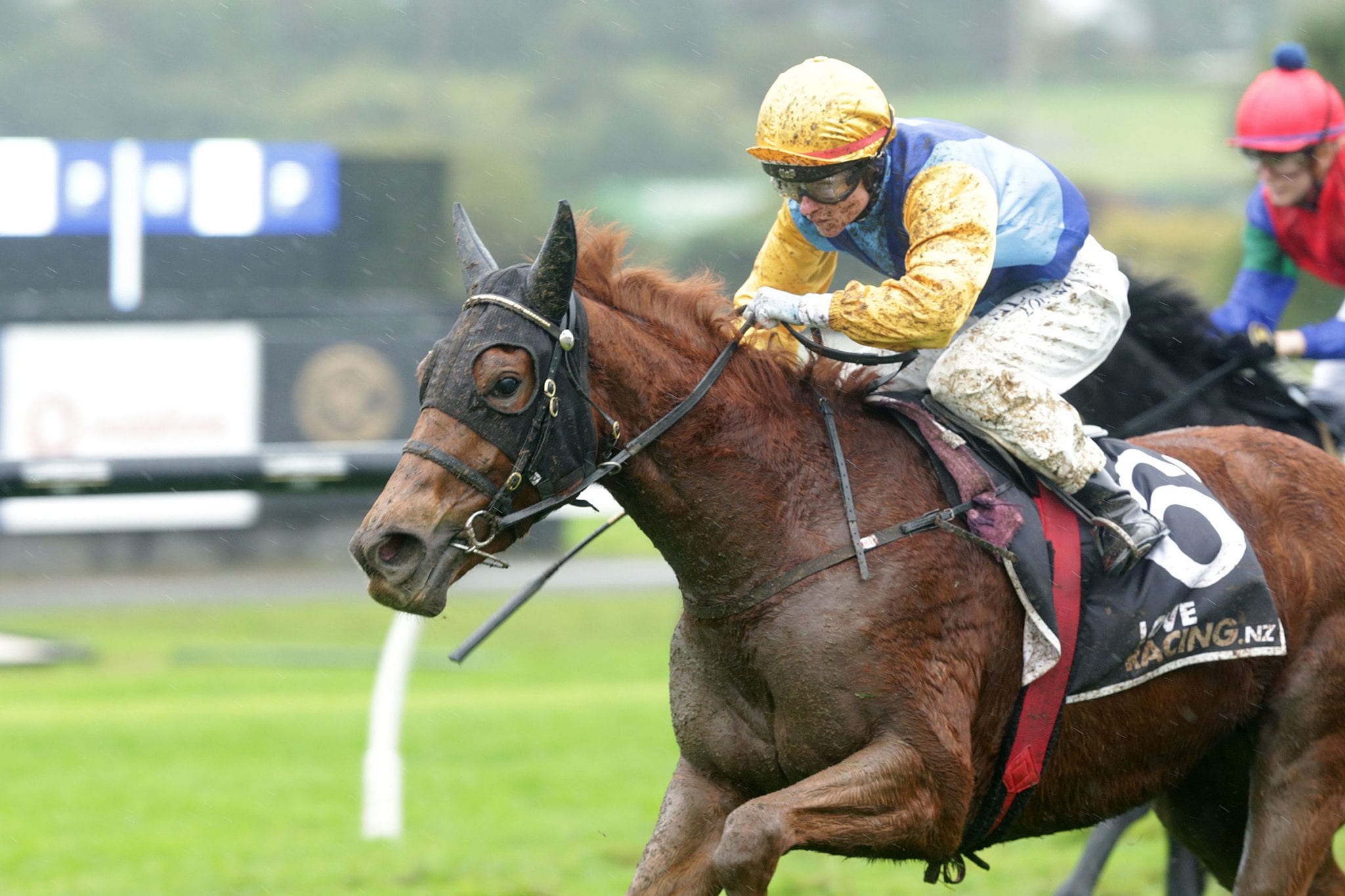 Showy chestnut filly Flash Mary showed she has plenty of substance to add to her good looks when she made a winning debut at Ellerslie on Monday.

The two-year-old daughter of El Roca was having her first start off the back of an eye-catching win over 900m at the Te Rapa trials last month, with punters installing her as the +160 favourite for the 1200m contest.

On the very testing Heavy11 surface, Flash Mary settled nicely in the trail for rider Lynsey Satherley before moving to the centre of the track to make her run in the home straight.

A gap opened between runners but as Satherley urged the filly through she copped a buffeting from horses on both her inside and outer. Refusing to yield, Flash Mary picked herself up and drove to the front to gain victory by half a length from another well supported debutant in Mr Rafiki.

Trainer Debbie Sweeney had been hoping for a good run from her charge but had her doubts about how well she might handle the track conditions.

“She is very gutsy, but I wasn’t too sure how she would cope on that track as it is pretty deep out there,” Sweeney said.

“Every El Roca I’ve had before has liked it much firmer than that, but I think she is just so tough that she got through on sheer determination.

“She has always shown us she has ability, but she can be quite a handful at home as she is pretty fiery.

“Lynsey said she did it on guts and raw ability as she didn’t really like the conditions but just refused to get beaten.”

Sweeney will now take some time to assess her options with Flash Mary which could include a tilt at the Listed Courtesy Ford Ryder Stakes (1200m) at Otaki on July 31.

“She can have three of four days off now as she will need it to recover from a tough run like that.” Sweeney said.

“I can then see how she has come through it all and if she looks like she is coping then we might have a shot at that Listed race at Otaki.

“If we don’t go there, then she can have a break and come back for some of the early spring races as I think she can be competitive in that company.”

She is raced by a syndicate including her purchaser Brian Black who outlaid NZ$9,250 to secure her from the Hedwood Thoroughbreds draft during the 2020 NZB South Island sale conducted on Gavelhouse Plus.