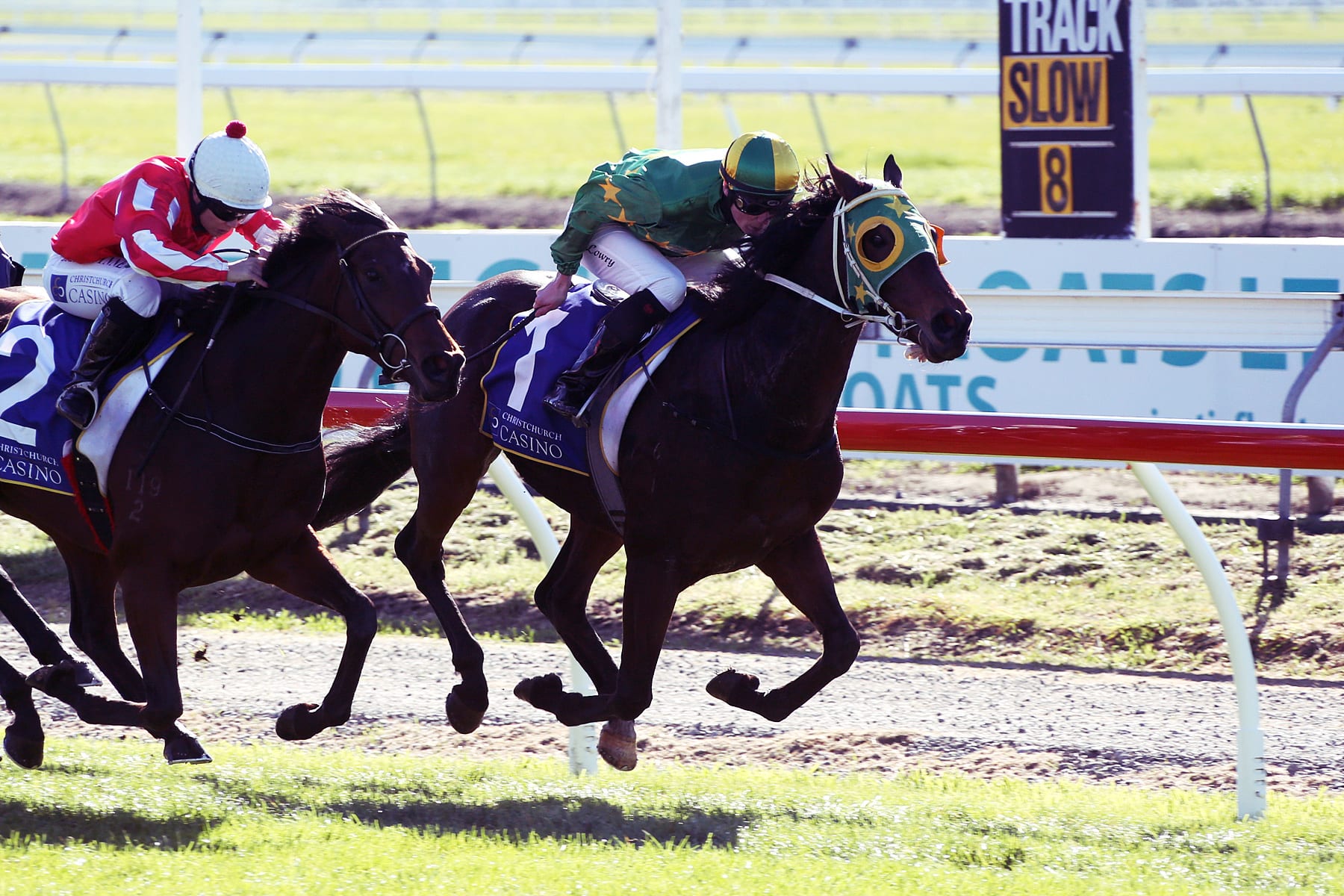 Former Wingatui-trained galloper Ablaze (Raise The Flag) has headed home a New Zealand-bred trifecta in the longest flat race in Australasia, the unique A$300,000 Jericho Cup (4600m) at Warrnambool on Sunday.

Restricted to Australian and New Zealand-bred horses, the Jericho is the brainchild of philanthropist and historian Bill Gibbins to commemorate a three-mile race held in the desert in Palestine during World War I The entire raceday paid tribute to the heroic servicemen and women and their magnificent mounts, The Walers, for their heroic deeds in the Middle East from 1915-1919.

On the 101st anniversary of the original Jericho Cup won by famed Australian war horse Bill The Bastard, the victory of Ablaze, who is owned by a mix of owners from both Australia and New Zealand, perfectly encapsulated the bond between two nations whose people and horses fought and died together more than a century ago.

Handled superbly by rider John Allen, the Ciaron Maher and David Eustace-trained eight-year-old settled beautifully in behind a steady tempo throughout the early running before issuing his challenge approaching the home turn. Lumping topweight of 70 kilograms, Ablaze never looked like flinching over the concluding stages as he held out a spirited challenge by Golden Flag, with the Shaune Ritchie-trained Where Are You battling home strongly to finish third.

Allen was delighted with the performance of his mount who is raced by a large syndicate including prominent Australian owner Rod Lyons and New Zealanders Peter Kean, John Hornbrook and Patrick Harrison, with Kean and Harrison also part of another Lyons syndicate that races sprinting star Nature Strip. “It was very exciting as this is a great contest put on by great people,” Allen said.

“Ciaron Maher, David Eustace and all the team have done a great job with him and had him spot on. “The Jericho has been the plan for a long time but he’s not a big horse so to lump 70kgs around is a top effort. “I was always confident as from the good gate we got a sit in the first five and had a good run. We were always travelling well and although we probably got to the front a little soon, I was always confident he would run out the trip.”

The race provided a triumph for Ablaze’s former trainer Brian Anderton with the Anderton family’s White Robe Lodge resident stallion Raise The Flag providing the quinella in the race. Anderton and his son Shane prepared Ablaze to win seven of his 36 starts from their Wingatui base before he was purchased by his current ownership group who were keen to secure him as a potential jumper that they could race at the three-day Warrnambool jumping carnival next May.

That decision looked to have paid off in spades when the gelding won his first two starts over hurdles in Australia including the prestigious J J Houlahan Hurdle (3200m) at Ballarat and with his first prize cheque of $150,000 from Sunday’s victory he has more than recouped his A$40,000 purchase price for the syndicate. Managing part-owner Rod Lyons said the impact the Jericho Cup has had in such a short period of time, with the modern-day race run for the first time last year, was remarkable and a testament to its major supporter Bill Gibbins. “It’s an absolute thrill. We know what it means, the Jericho Cup and we set the horse for the race.

Half of those in the horse are Kiwis and half are Aussies and we’ve come here and it’s as big a thrill I have had in racing,” he said. “It means so much to our heritage, what these brave men and women did for us. “We are here through the sacrifice these men and women made. It brings a tear to your eye just thinking it about it. It’s an honour to win it,” he said.

In true ANZAC style, a boozy night in a pub in New Zealand’s South Island resulted in Ablaze making his way to the stable of Maher and Eustace. “A couple of the owners from New Zealand were at the Warrnambool carnival in May this year,” Lyons said. “They said ‘we’ve got to buy a jumper’. “They were in a pub down in the South Island when a fella came in and said ‘I’ve got a jumper for you’.”

Lyons said the asking price was $25,000 while his New Zealand connections did not know what the horse looked like or whether it could jump. “Under the influence they said ‘no that’s too cheap, so we’ll toss you, 20 or 40 (thousand)’ and we lost the toss,” Lyons said. “Then they rang me to say we’ve bought a jumper.” Unbeaten in two runs over jumps, Ablaze will now be set for an assault on the Grand Annual Steeplechase (5500m) at next year’s Warrnambool three-day carnival where his trans-Tasman owners will again be united.