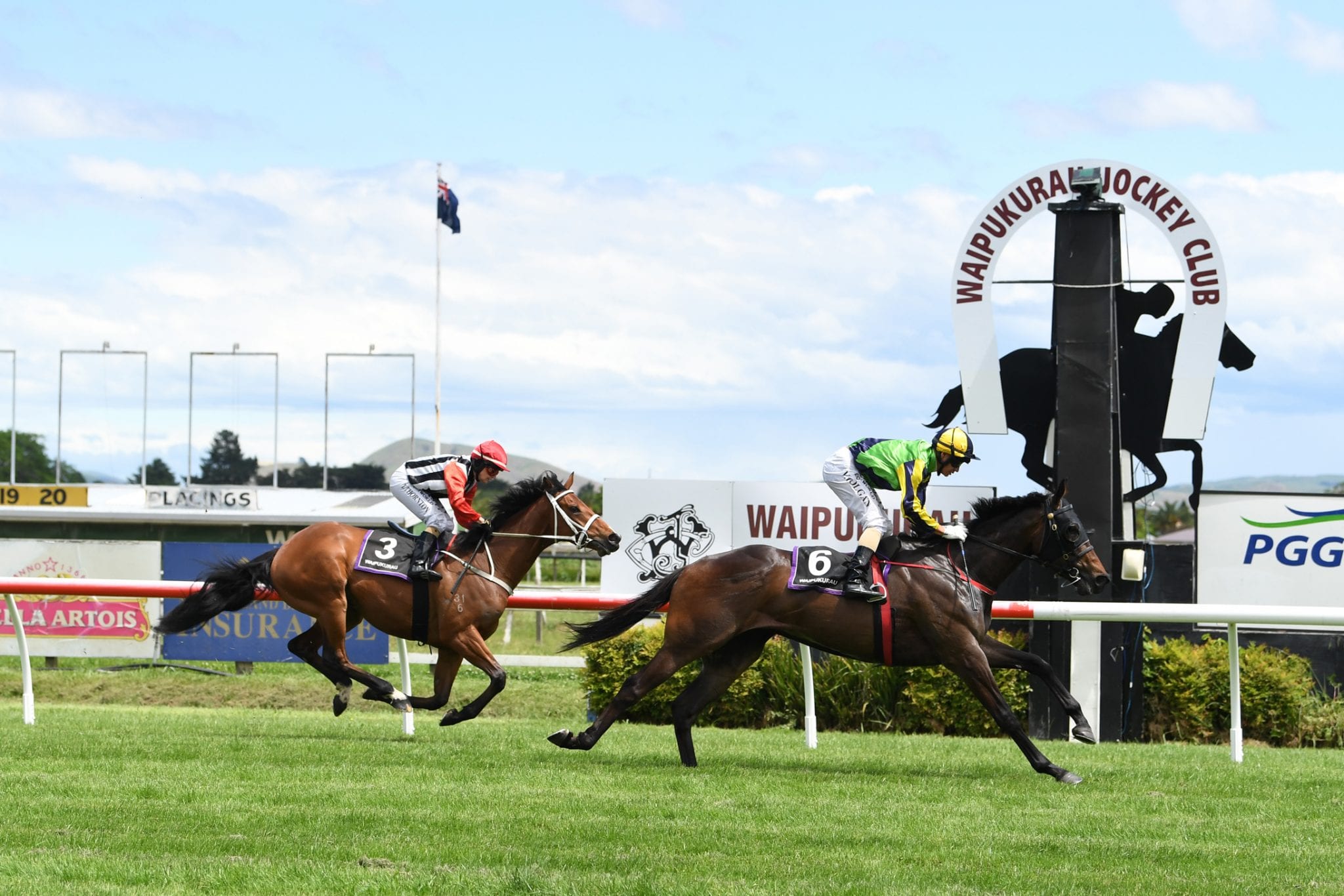 Promising three-year-old Basarwa will have to overcome his outside barrier in the Group 3 Lucia Valentina Wellington Stakes (1600m) at Otaki on Thursday to keep his undefeated record intact. The son of Atlante won comfortably by 1-1/4 lengths on debut at Hastings earlier this month and trainers Guy Lowry and Grant Cullen believe he is up to tackling stakes company second-up.

They were pleased with his debut effort but admit he still has a lot to learn. “I thought it was a good run, which followed up his strong trial (win a week prior),” Lowry said. “He had the best sectionals of the day. He is a talented horse but just does a lot wrong. He is a work in progress.”

Lowry said his ultimate goal this preparation is the Group 1 Levin Classic (1600m) at Trentham in January and Thursday is just another step to reaching that target. “He is on the way to the Levin Classic and this is just one of those stepping stones,” he said. “He seems well and there’s no reason not to have a crack.”

While he has drawn the outside gate in the 13 horse field, Lowry said with rain forecast in the lead-up to Thursday his biggest concern is the track. “I don’t know how much rain they are going to get down there, but that’s a bit of a concern for everyone,” he said.

Lowry is looking forward to Thursday and he said it would be nice to win the race for co-breeder and part-owner Lib Petagna, who owns the race’s namesake, multiple Group 1 winner Lucia Valentina. Basarwa will be joined on the float trip south from Hastings by Shez Ekstra who will contest the Levin Christmas At The Races 18 December At Otaki (1600m).

The five-year-old mare finished unplaced at Otaki earlier this month in what was her first run in 13 months. Lowry was disappointed with the result and is expecting an improved performance on Thursday. “It was a disappointing first run. She got a bit wound up, I don’t know why,” he said. “She’s talented enough and will improve from her run the other day.”

Meanwhile, Lowry will target the Group 3 Eulogy Stakes (1600m) at Awapuni on December 12 with three-year-old filly Sheezacatch. The daughter of Savabeel remains undefeated after winning over 1300m at Awapuni last Saturday, adding to her victory in the Listed El Roca – Sir Colin Meads Trophy (1200m) at Hastings in September.

“I thought her run on Saturday was good,” Lowry said. “She has got full blinkers on and probably didn’t see the other horses coming. She ran through the line when the others came up alongside her, so I thought that was quite good. “She will benefit a lot from the run. She certainly wasn’t cranked up. “She will run in the Eulogy in three weeks’ time.”