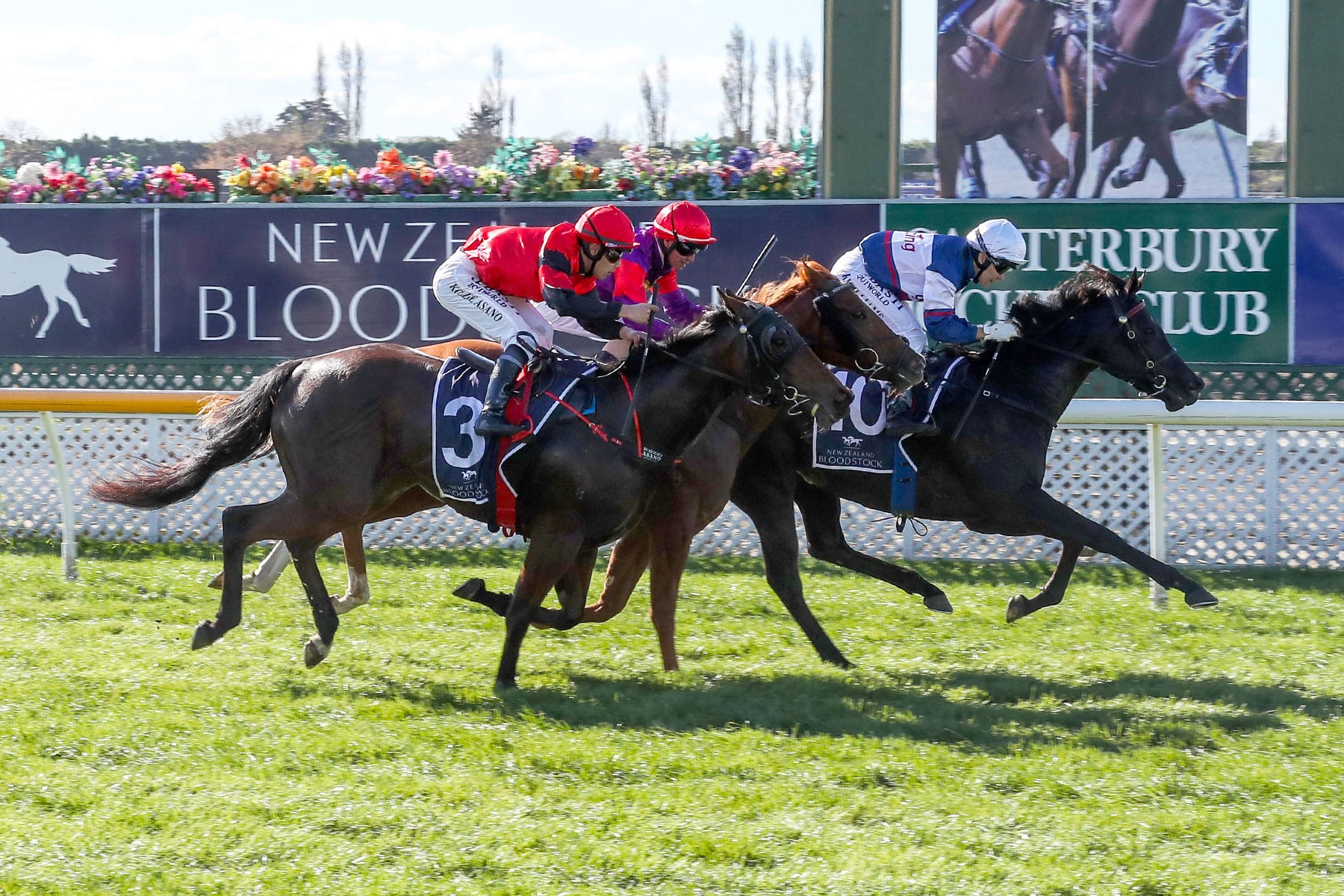 The Andrew Carston-trained runner was an unlucky third on debut over the same distance last month and was sent out favourite for Saturday’s contest on the basis of that eye-catching performance.

Rider Kylie Williams bounced the filly away nicely from an inside barrier and sat handy to the speed throughout the race. Hugging the inside rail Art De Triomphe joined issue with northern visitor Choisia Prince and another local filly in Mozzarella halfway down the straight and the trio set down to fight out the finish.

Art De Triomphe put her head in front with 50m to run and despite being pressured by the other two runners on her outer, stuck on bravely to secure the victory and associated NZB Insurance Pearl Series bonus.

Carston was delighted to see his charge back up from her debut run with another gritty effort.

“We’d been very happy with her and she had made plenty of progression from her first run,” he said.

“She is a filly with a lot of scope for development, so what she is doing now is just a bonus as I think you will see a pretty smart type as a three-year-old.

“You wouldn’t think she would make a two-year-old, but I think it is the Captain Rio influence on her dam’s side that has an influence there.

“I’m also very happy for Albert Bosma and her syndicate of owners as Albert is one of my biggest clients, so to be able to put a win on the board for him is very pleasing.”

Carston believes his charge can train on after the victory and will look to the Listed Berkley Stud Champagne Stakes (1200m) at Riccarton in a fortnight as her next assignment.

Raced by the Go Racing Beatles syndicate, Art De Triomphe is from the first New Zealand crop of European Group One winner Vadamos, a son of champion sire Monsun, who has shuttled to Rich Hill Stud in the Waikato since 2017.

Vadamos was the leading first season sire at the 2020 New Zealand Bloodstock Yearling Sale series at Karaka with Go Racing’s Albert Bosma purchasing the daughter of Group 3 Winter Cup (1600m) winner Art Beat out of the Seaton Park draft for $80,000 during the Book 1 sale.