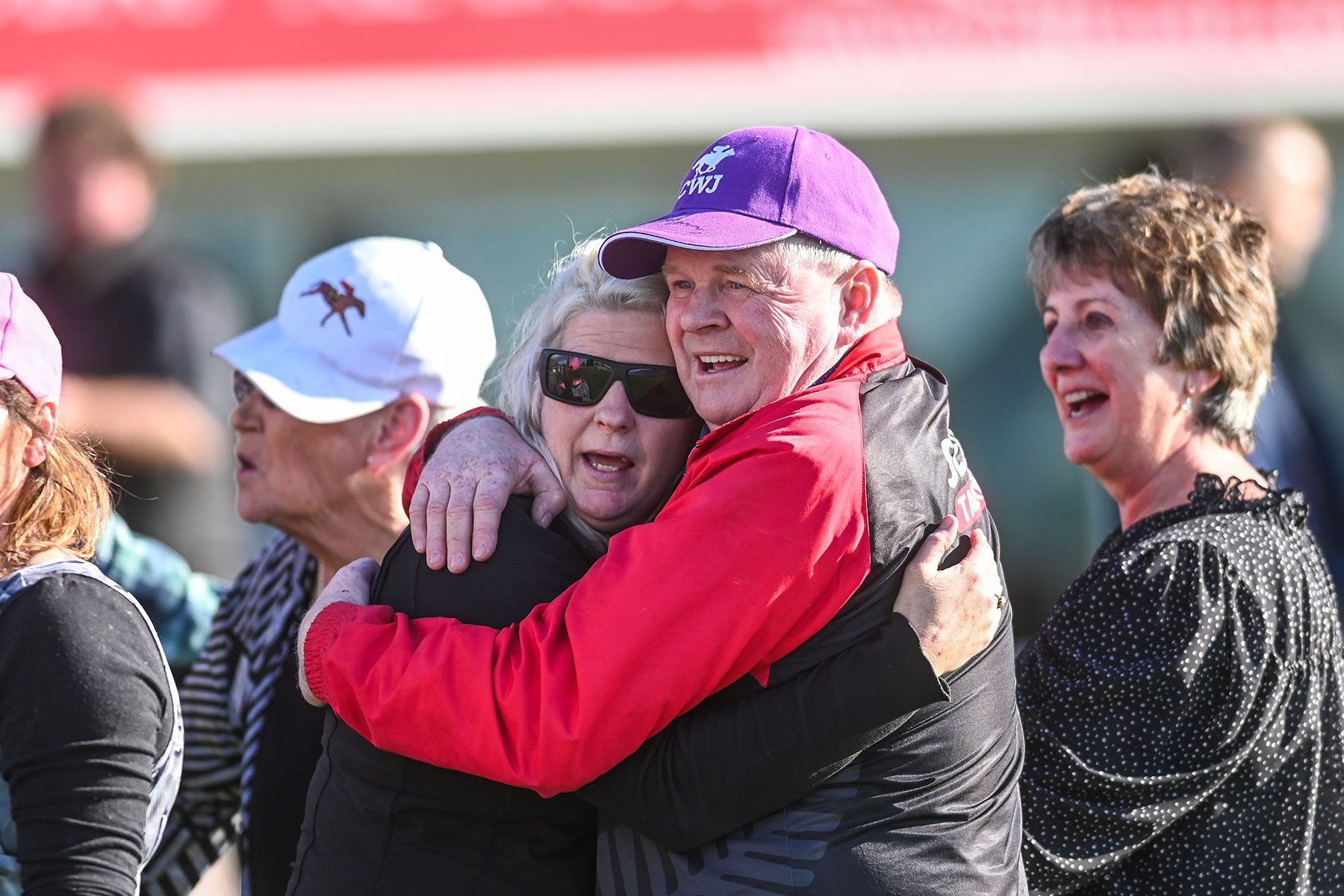 Ritani was initially purchased by Ian and Kerry Taplin as a broodmare proposition, but on Saturday she delivered them their first Group success as trainers.

The seven-year-old mare was victorious in the Group 3 Winter Cup (1600m) at Riccarton and the Isla Bank trainers were overwhelmed by the experience.

“We bought her off gavelhouse to breed from, but it’s been amazing what she has been able to do on the track,” Ian Taplin said.

“I had a second in the Champagne Stakes (with Hot Tap) last year, but that was our first Group winner on Saturday.

“Kerry goes out and rides her every morning, so getting a result like that was pretty amazing, especially with the mare as it will now make her a wonderful breeding proposition.”

Taplin went to $16,000 to secure Ritani off gavelhouse.com, who was initially purchased by bloodstock agent Bruce Perry out of Wellfield Lodge’s 2016 New Zealand Bloodstock Select Yearling Sale draft for $85,000.

She was then trained by Stephen Marsh in Cambridge, for whom she won four races before transferring to the Taplins South Island stable.

She subsequently posted five further victories, including the Winter Cup, and there may be more instore for Ritani, with a trip to the North Island on the cards this spring.

“I want her to go to the broodmare paddock, but Kerry won’t let me, she wants to keep riding her,” Taplin said.

“I am trying to convince her to go to Ace High. A foal out of her by him would be stunning.

“We are going to possibly have a couple of races in the North Island. There is a Listed race (Staphanos Classic, 1950m) at Rotorua on October 17. We might look to go there if they get rain.”

She will likely be joined on the trip north by stablemate Tappy’s One, who finished fourth in the Winter Cup.

“He just got a little bit too far back, but Chris (Johnson, jockey) was really happy with him and the way he ran home,” Taplin said.

Prior to Saturday’s result, Tappy’s One had recorded four consecutive victories and Taplin has been pleased with his progress.

“He has gone amazing,” Taplin said. “We didn’t put him in the Cup at nomination time because back then he couldn’t even get a start in a rating 65 maiden.”

The five-year-old gelding will now likely head to Hastings in October where he holds nominations for the Group 1 Windsor Park Plate (1600m) and Group 1 Livamol Classic (2040m).

Although Taplin has been training for the last nine seasons, his involvement in racing far exceeds that.

Like many racing enthusiasts, he was introduced to the sport through his family and he said a fire for racing was lit at Hastings when he was kid, and it is yet to be extinguished.

“My Grandfather and my Dad both raced horses,” he said. “I went to Hawke’s Bay one day and Dad’s mare Tap Again got beaten a nose by a horse called Drum (Group One winner and former New Zealand Horse of the Year), and that was the end of me.

“I had the shakes that bad, the thrill was absolutely amazing, and I have been hooked on racing ever since.

“My first horse was a mare called Peep and she is Tappy One’s great grandmother. The first yearling I ever bought was Tapildo, she won the New Zealand Oaks (Group 1, 2400m) and went on to win the Raffles Cup up in Singapore.

“We thought that was fun, so we went back to the yearling sales and we ended up with a colt called Bunker and he won the Bayer Classic (Group 1, 1600m) and Hawke’s Bay Guineas (Group 3, 1400m).

“We have been very lucky.”

While enjoying his time racing horses, Taplin has spent his professional life dairy farming, something that keeps both him and his staff busy, particularly at the moment during calving season.

“I milk 800 cows and we built a racetrack outside the house and that’s where we train them,” he said.

“They keep the boys and girls on the farm busier than they keep me because I am more busy with the horses now.