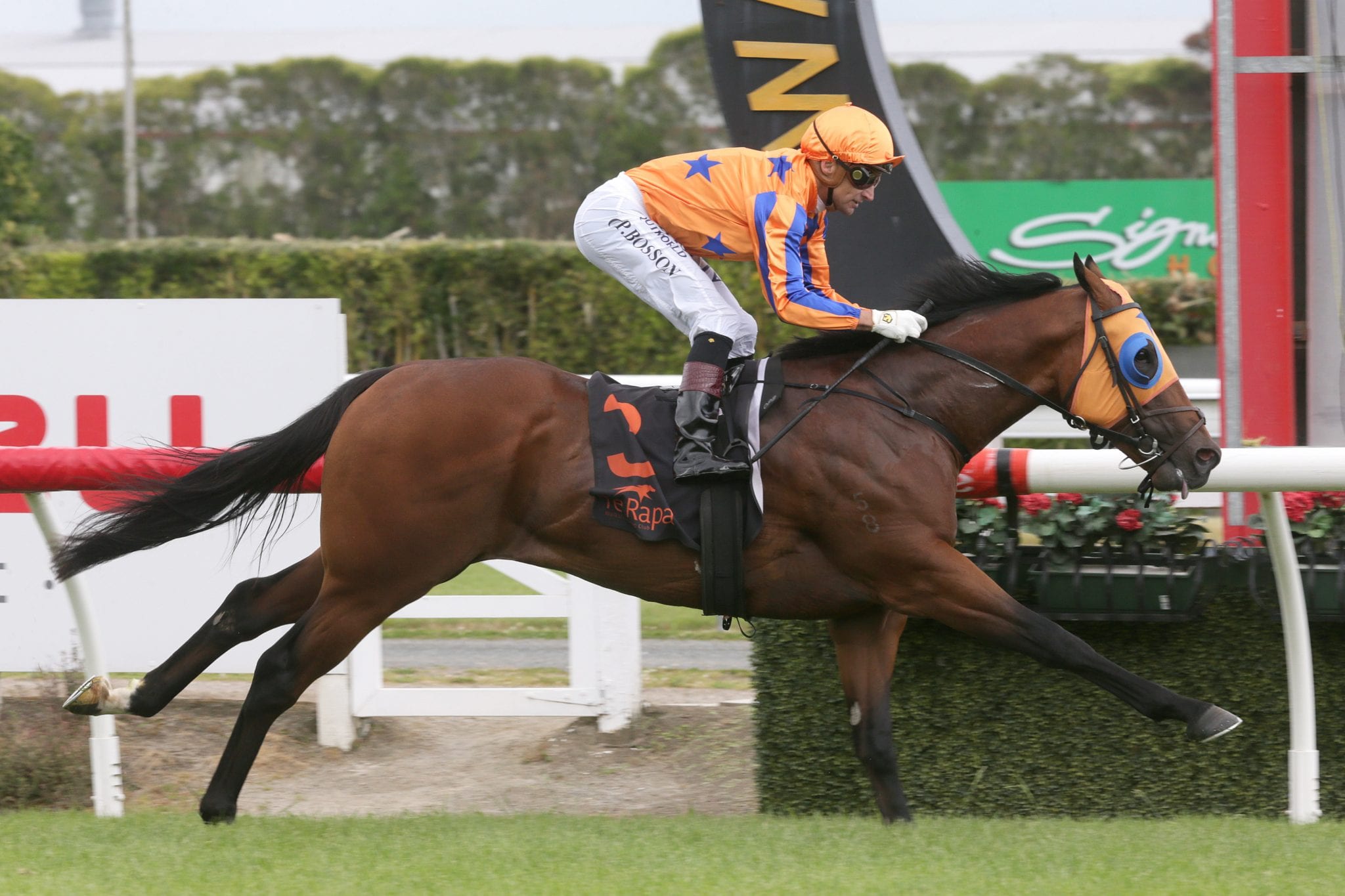 Matamata trainer Jamie Richards was delighted to secure a winning treble at Te Rapa on Saturday but was also left rueing the fact the day could have been even better with a little more luck. Richards unleashed another potential juvenile star in Sword Of State, who made a stunning debut as he demolished his rivals by more than six lengths over 1200m in the second race of the day before promising three-year-old Brando indicated he was ready for bigger assignments when defeating some handy three-year-olds over 1200m one race later.

Later on the card, progressive four-year-old Mai Tai put her second career win on the board with a powerful late run to score in rating 65 company however the Te Akau Racing team’s stakes race ambitions were thwarted when both Prise De Fer (Group 3 J Swap Sprint, 1200m) and Savy Yong Blonk (Group 3 Waikato Cup, 2400m) had to settle for the runner-up position in their respective events.

Burgundy Rose finished close up in third in her 1200m contest while promising mare Romantic Lady also took the runner-up position in an open 1200m at Awapuni to round out a day where Richards could have conceivably collected seven victories.

Not that Richards is complaining as his team fires on all cylinders heading into the lucrative Christmas racing period. “It was a little bit frustrating but it’s still great to get the three wins,” Richards said. “The horses are all going well and the ones that got beaten all still went slashing races.”

Richards had been keen to see Sword Of State and Brando deliver on their promise with both colts’ members of Te Akau’s popular breeding syndicates from their respective sales years. “Those horses are important to us as they are high profile colts that we are trying to develop,” he said. “Dave (Ellis) does a great job picking them out at the sales and it’s good to have them in the stable.

“Sword Of State fronted up nicely and won quite convincingly. “He is one that we will aim at the Group 1 juvenile features after he has a run in the Eclipse Stakes (Group 2, 1200m) at Ellerslie on New Year’s Day. “He has improvement to come and is a professional racehorse who is bred to be a two-year-old. He has taken a little time to strengthen up but he is going the right way now.”

Bred by Sir Owen Glenn, Sword Of State was a $600,000 purchase by Te Akau boss David Ellis CNZM from the Gold Coast Yearling Sale earlier in the year. By Snitzel, he is the first foal from Encosta De Lago mare In the Vanguard.

Brando is a Savabeel colt that Ellis purchased for $500,000 from the Fairdale Stud draft at the 2019 New Zealand Bloodstock Ready to Run Sale. After settling for the runner-up spot behind high quality filly Tinker Mcphee on debut he has won his last two starts and has a Group 1 assignment on the horizon.

“He (Brando) took the length of the straight to get to the front but was facing some handy types in that race,” Richards said. “I thought he did a good job and will step up to 1400m at Ellerslie on Boxing Day before we go to the Levin Classic (Group 1, 1600m) after that. “I think 1400m to a mile will be ideal for him so he looks well suited to what is coming up.”

Richards was also impressed with Mai Tai who he believes is just starting to reach her full potential. “She is getting through the grades nicely,” he said. “She’s a mare we’ve always had a bit of time for and who hasn’t always had the rub of the green. “I actually think she is a touch better going left-handed so we’re going to have a think about things before we work out where we go next with her.”

Richards reported that Prise De Fer would go to the Group 2 Rich Hill Mile (1600m) at Ellerslie on New Year’s Day, a race he won last season, while Savy Yong Blonk would also be in action on the same day in the Group 3 SKYCITY City Of Auckland Cup (2400m).