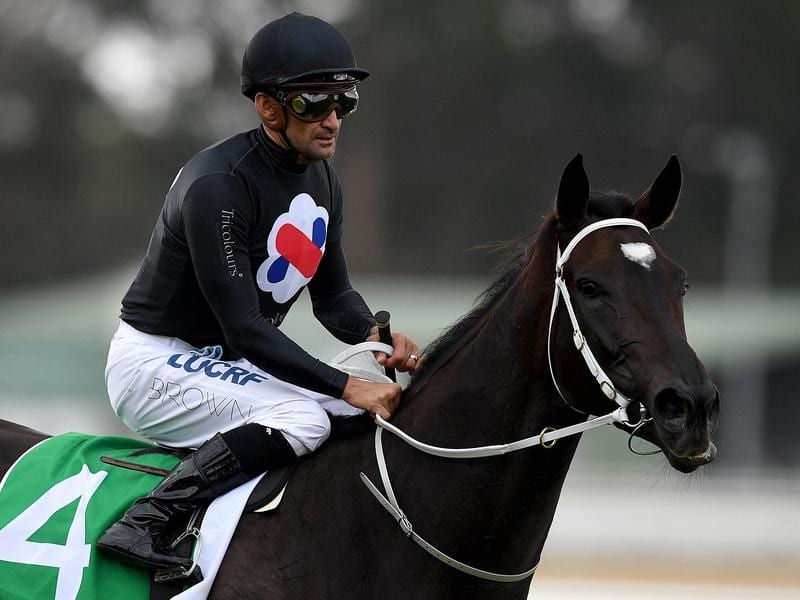 There is a sense of timing surrounding Fasika’s $7.5 million Golden Eagle bid but if her awkward barrier proves costly, trainer Joe Pride knows who to blame.

Fasika is part-owned by former NRL and rugby union star Ryan Cross who had the task of selecting her gate and picked up barrier 11 of 17.

As a one-eyed South Sydney Rabbitohs fan, Pride is not happy with the form of the former Sydney Roosters player.

“It wasn’t ideal but we sent a Rooster in to do it, Ryan Cross, so you’re just asking for trouble,” Pride said.

“He was a pretty fair footballer but he obviously can’t draw a barrier to save his life.”

Jokes aside, Pride says Fasika has had an ideal preparation for Saturday’s inaugural Golden Eagle (1500m) at Rosehill.

She was a close second to Mizzy first-up in the Group Two Sheraco Stakes (1200m) and was having her first start in a month when gunned down by big-finishing Tasmanian The Inevitable in the Silver Eagle (1300m).

Pride has been gearing the daughter of So You Think towards Saturday’s race since the start of her campaign and says her build-up has been faultless.

But with rivals the ilk of Group One winners Brutal, Kolding, Sunlight and Arcadia Queen, along with the unknown quantity of three international raiders, Pride is hopeful rather than confident.

“She’s had a perfect prep for mine to run this trip out,” Pride said.

“But it’s scary because her opposition is so good. You look at it and think ‘maybe we can beat this one on the day’ but then you look again and there’s still another three or four to beat.

Fasika, who will be ridden by Rachel King, was at $18 on Friday.