Ageless Kiss Coming Back For More 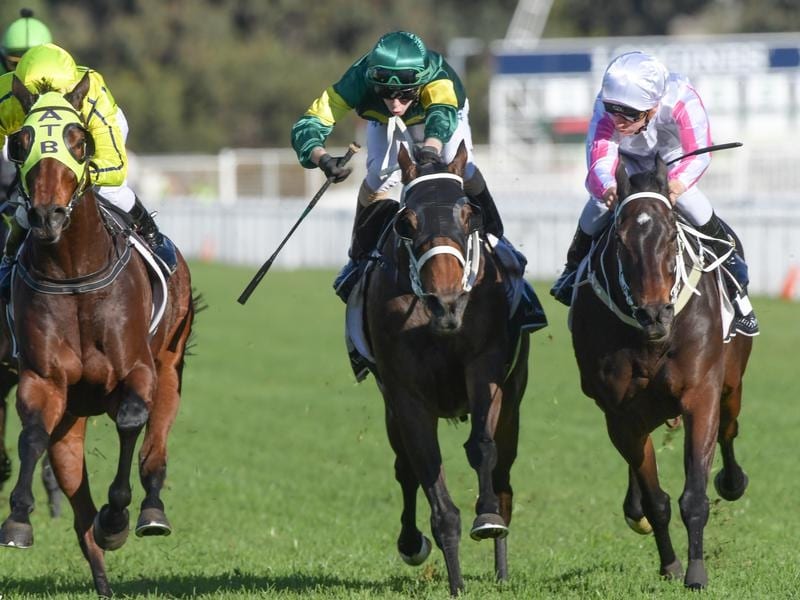 Sprightly 10-year-old Destiny’s Kiss continues to confound trainer Joe Pride as the stayer closes in on a century of race starts.

While most thoroughbreds his age are picking grass in a paddock, Destiny’s Kiss is loath to even leave Pride’s stable for a brief holiday.

As a result, Destiny’s Kiss is likely to have his 98th start at Rosehill on Saturday with Pride planning to enter him for both the Kensei Handicap (2000m) and the Stayers Cup (3200m) before making a final decision.

“I just want to see how it all looks when they weight the horses and also who nominates,” Pride said.

“I’m not ruling out running him again because he’s pulled up so well and I don’t want to stick him in the paddock because he doesn’t like it.”

Destiny’s Kiss again showed how much he loves being a racehorse when he picked himself up off the canvas to win his second Winter Cup earlier this month, six years after he won the race for the first time.

Despite being under hard riding on the turn, the veteran responded and outstayed rivals the calibre of Sandown Cup winner Yogi and McKell Cup winner Hush Writer.

Pride admitted to having a few second thoughts when he watched the quality of the horses in the pre-race parade yard.

“I watched them parade and thought ‘maybe it’s all slipped by Destiny’s Kiss’ but he raised an effort to beat them,” Pride said.

“He never looks like he’s going to win but he’s all courage. He just picks himself up.

“I’m sort of lost for words when trying to explain him.

“He’s one of a kind and he’s doing things I haven’t seen any other horse do.”

While Destiny’s Kiss is helping fly the stable’s flag during the winter, eight-year-old Ball Of Muscle also continues to defy his age, returning to Pride’s Warwick Farm base on Friday in preparation for a spring campaign.

Pride is also excited about the younger brigade, including three-year-old Fasika who won the Listed South Pacific Classic at Randwick in April at just her third start.