Famous colours to the fore in Anniversary 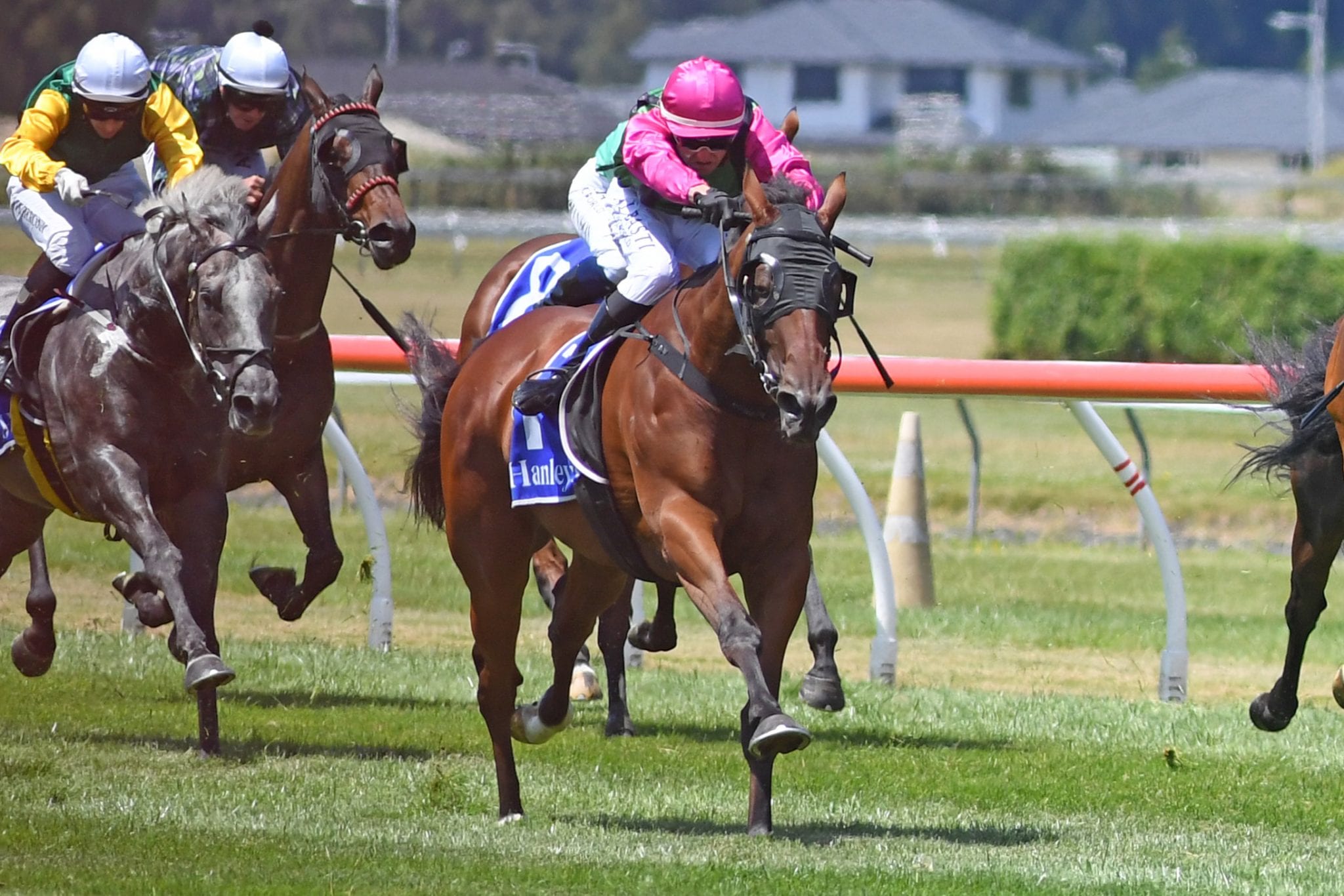 Six decades on from the heyday of the legendary sprinter Yahabeebe, the same colours have played a starring role at Trentham. Super Strike stepped up to stakes level for the first time and triumphed in Saturday’s Group 3 Wellington Seamarket Anniversary Handicap (1600m).

It was the fifth win of a nine-start career for the rising star son of Super Easy, bred and owned by Janet Hepi, whose father Lou Fisher raced the two-time Group 1 Railway Handicap (1200m) winner Yahabeebe. “It’s very special to win this race in my father’s colours,” Hepi said. “Those same colours were carried by Yahabeebe in some of our great sprint races, including in the Telegraph here at Trentham.

“I just loved the win today by my super, super Super Strike. It was a sensational ride by Andrew Calder, and Richard and Judy Collett have done such a good job with him. I really appreciate all their efforts, including driving him all the way down here from Auckland for this race.”

Super Strike was backed into warm favouritism at $2.60 for Saturday’s feature, in which he dropped to 53kg after lugging 60kg into a gallant last-start second in the Stella Artois 1500 Championship Final (1500m) on Boxing Day at Ellerslie.

Patiently ridden by Calder, Super Strike dropped out near the tail of the field before rushing into contention with a powerful burst in the straight. Sacred Elixir fought back strongly on his inside, but Super Strike lunged at the line and got the verdict by a nose.

“He gave me a great feel before the start, he had really fresh legs,” Calder said. “But he’s just such a laid-back horse. You don’t want to get to the front too early on him – he switches off and waits for the others. But he’s exciting and still has improvement in him.”

After winning one of his three starts in his first preparation, Super Strike began this season in Rating 65 grade. But he has soared through the ranks with four impressive wins from six appearances. The four-year-old holds a nomination for the Group 1 Thorndon Mile (1600m) on January 30, and the TAB now rates him a $10 chance.

But Richard Collett was non-committal about a return to Trentham in a fortnight. “He’s come a long way in this preparation, and this was his first time in open company,” the Pukekohe trainer said. “So we’ll get him home and see how he’s come through this run before deciding on anything. He might not be far away from going out to the paddock. “But this was a good result today, and it’s a big thrill to get this win for Janet. She’s a lovely lady and I’ve trained horses for her for a number of years.”

The performance of runner-up Sacred Elixir was full of merit. The son of Pour Moi won the Group 1 JJ Atkins (1600m) in Brisbane as a two-year-old back in 2016 and finished second in the Group 1 Victoria Derby (2500m) later that year.

After three years on the sidelines, he returned to racing with a fifth at Ellerslie on December 10 and a sixth in the Group 2 Rich Hill Mile (1600m) on New Year’s Day. He also holds a Thorndon Mile nomination.

There was another length and a half back to Guillada, who took third just ahead of Times Ticking and Sinarahma.